Swift Playgrounds makes it fun to learn to code and build real apps. You solve interactive puzzles in the guided “Get Started with Code” and learn the basics of building apps in “Get Started with Apps.” You experiment with a wide range of challenges and samples that let you explore unique coding experiences. Swift Playgrounds doesn’t require any coding experience — it’s perfect for anyone just starting out, from eight to one-hundred-and-eight. The whole time you are learning Swift and SwiftUI, the powerful programming technologies created by Apple and used by professionals around the globe to build many of today’s most popular apps. And because it’s built to take advantage of real frameworks, Swift Playgrounds provides a one of a kind learning experience. Lessons Built-in • Apple-created lessons guide you through the core concepts of programming by using code to solve puzzles • See your code run in a beautiful, interactive 3D world that you can rotate and pinch to zoom using the trackpad • Animations introduce each new coding concept at a high-level before you dive into the puzzles • Glossary and built-in help pages give detailed information about available commands, frameworks, and terminology Explore and Create • Interactive coding shows the results of your code instantly, alongside your work • Step through code in playground books to highlight each line as it runs • Books provide a head start to create your own playgrounds that use graphics and sound • App Gallery walks you through the building blocks of apps, like tabbed navigation and downloading data Build Apps • Create real apps using SwiftUI • See your code changes reflected live while you type • Type quickly and accurately with inline code suggestions • Extend your app with an ecosystem of Swift packages • Navigate your code with project-wide search Smart Coding Assistance • Click and drag a brace to wrap a block of code inside a loop or conditional statement Drag and drop snippets of commonly-used code directly into your playground • Fix common code errors with helpful inline suggestions • Stay organized with automatic code formatting Real Swift and SwiftUI Code • Learn the same powerful Swift programming language used by the pros to create apps in the App Store Build dynamic, elegant apps using SwiftUI, a modern way to create user interfaces Access powerful frameworks such as SpriteKit for 2D games • Use Bluetooth APIs to write programs that communicate with real-world devices Share or Publish Send your projects to friends and family using Messages, Mail, AirDrop, or other Share Sheet extensions • Bring your app projects to Xcode on Mac and back again • Submit your completed apps to the App Store with App Store Connect 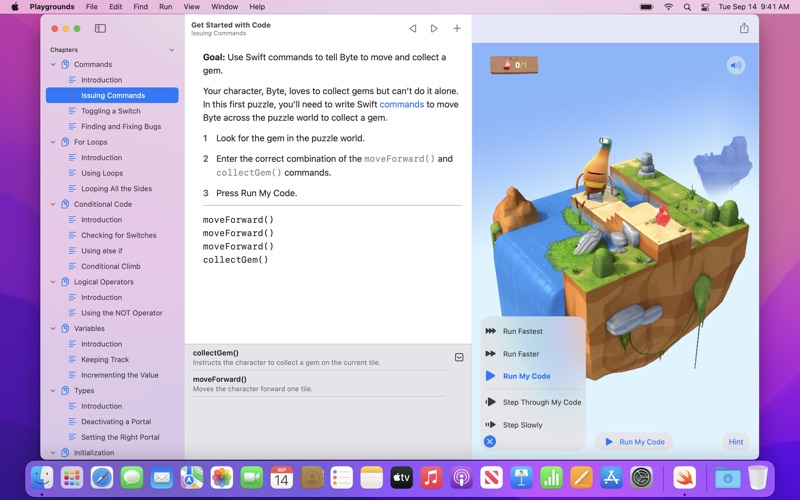 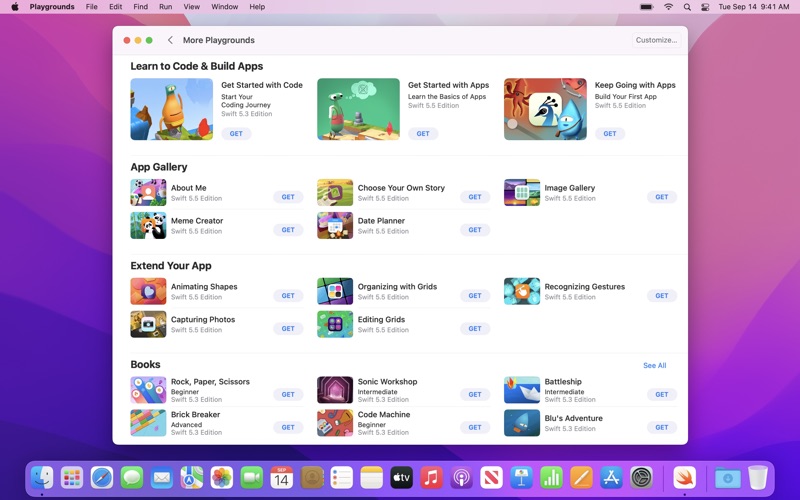 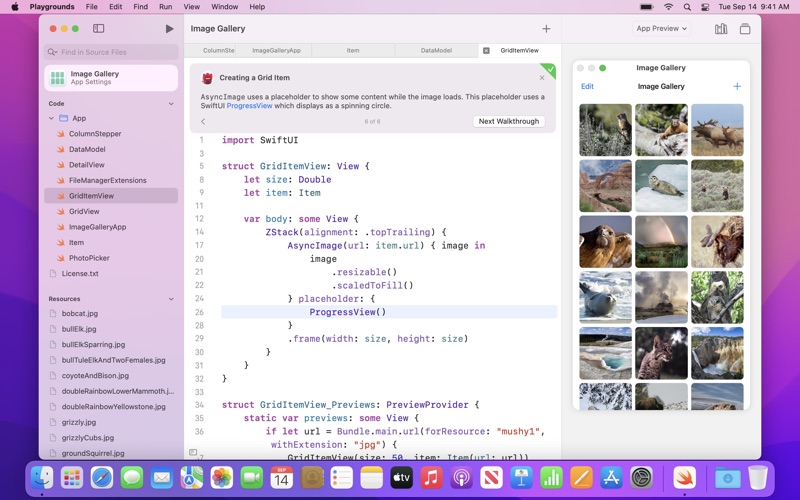 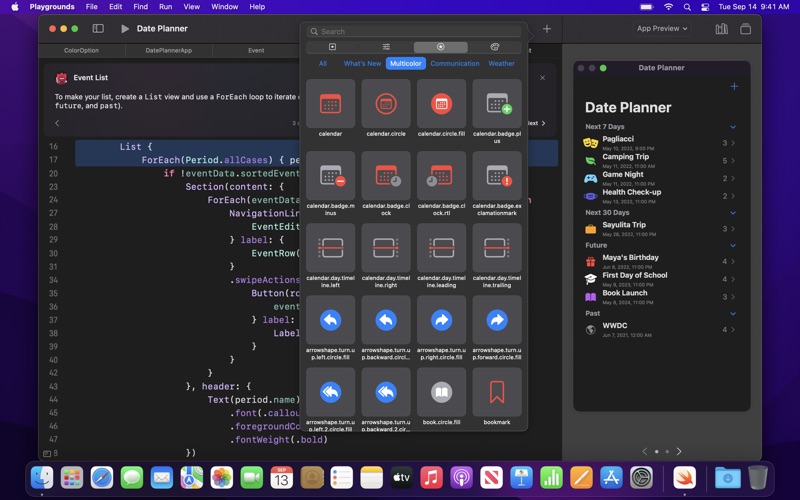 First off, I just want to say that Swift Playgrounds is a GREAT environment for learning how to code. I really appreciate how everything is setup. However, I have a complaint. In the "Keep Going With Apps" playground, the program will not let me proceed to the "Next Task" on the last step of "Navigating in SwiftUI", even though I have followed all the prompts with exactness (including copying provided code). And now I am having the same issue with "Create a StateObject" task in the "Sharing Data Between Views" section. I have looked over the code multiple times, and I am certain that it follows the instructions exactly. I just want to be able to move on to the next task(s) so that I can continue to learn coding with Swift! Thank you, Apple!
By Boiling Orange Juice

There are aspects of the playgrounds that don't really work. Seemingly from version changes and updates to swift. The developer should do testing to work through the playgrounds to make sure the instuctions match the results and behaviors
By j45p32

Never Updates and can't uninstall it.
By TreyHendon

im like 9 and if i was like older i would have so many apps and be so rich so thank you for creating this.
By jhvcfr

Won't advance to the next lesson

I currently have v4.0 installed. I have tried multiple times on different days to install the v4.1 update but it fails. I see the download reach the end in the App Store, but then get a message that says "Unable to Download App, Playgrounds could not be installed, Please try again later".
By MacCats

How is it that the iPad version is so so much better than the Mac version on M1??! Prototyping in Swift has become just painful on the Mac, in either Swift Playgrounds or even Xcode playgrounds the experience is slow, buggy and with very limited debugging support. I now have to either use iPad with keyboard or use VSCode with immature swift support. Please, please improve prototyping on Mac as I don't want to have to start a new project just so I can get a good debugging environment.
By tsants

I just want to be able to type without the text editor getting in the way.
By _Andy_S_

One of the greatest apps ever!

One of the best things Apple has ever made! Easiest way to learn to program
By zahuh