We did it ! We made hypnotherapy accessible in mobile application format. Quit smoking, lose weight, treat a phobia or reduce stress ... many pains that can now be treated in depth by communicating with your unconscious. Build your timeline according to your needs. Let yourself be guided by our sessions. This is not entertainment hypnosis so no worries. This method helps you to deal with issues relating to your childhood or trauma. The benefits are deeper and longer lasting than other methods. SUBSCRIPTIONS - You can subscribe for this app to get access unlimited content, 150+ audios and courses - Subscription options are: 1-week with 3-day trial, 1-year, 1-month Privacy policy : https://www.iubenda.com/privacy-policy/48847499 EULA : https://www.iubenda.com/terms-and-conditions/44220384 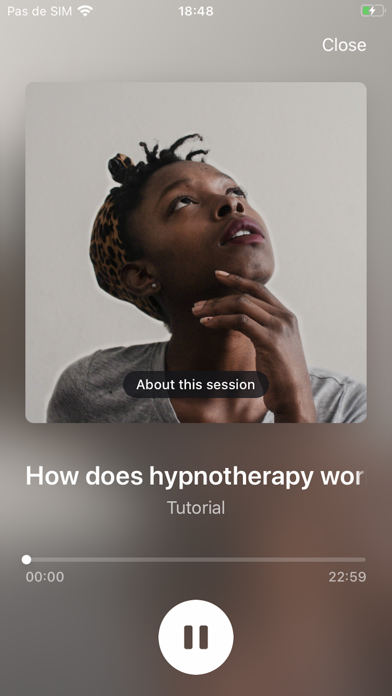 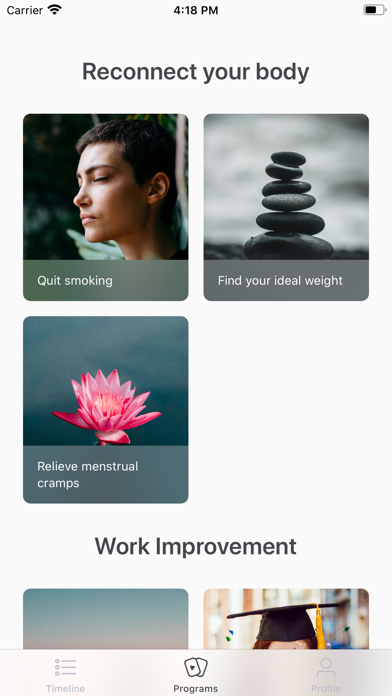 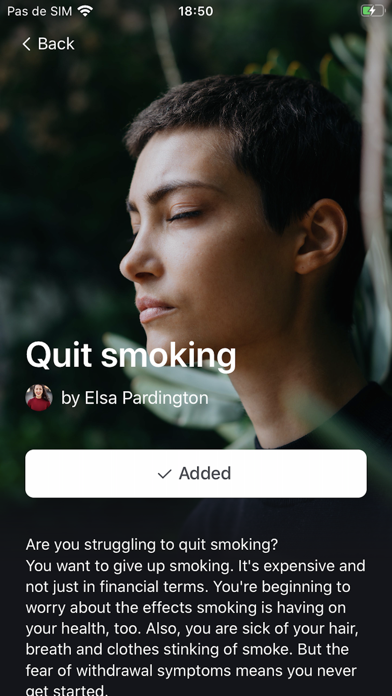 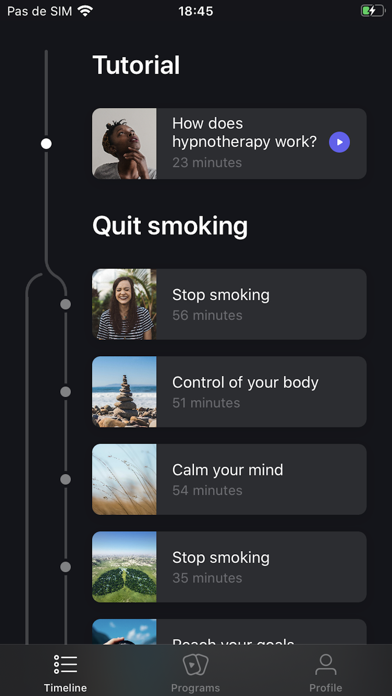 This app is stressful and you have to pay for everything

Well, being as i already want to die, not even being able to listen to these stupid things doesn’t help. it actually made me cry as i’m already in a very messed up state lol. if someone is already feeling bad enough to turn to hypnosis, the last thing we want is to find out we can’t even have that, because it costs money. what if we are coming to the app BECAUSE we don’t have money?? i understand that you need to make money, but maybe don’t make the actual hypnosis audios cost money😭😭 it doesn’t make sense.
By jannahho99

I pay every wk and now the app all of sudden won’t let me listen to anything and keeps prompting me to pay then it says already subscribe and exits out just to do the same thing when I press on task! I have installed and reinstalled and turned my phone on and off so it has to be an app glitch
By tttgggfbbvxxfjjkkbc

Have to pay immediately

You get three days free and then it’s 4.99$ I don’t like having to buy something before even checking it out. Most things that charge 5$ is at least a 7day trial.
By KuramaCierra

It did take me a few times restarting the session so I can relax due to my racing mind. But after I finally relaxed enough I FELL ASLEEP!! 😂😂 and then Woke up as soon as it was over like 2 minutes from the end which was the closing statements. Mannnn I was surprised lol. I’m not even sure what was said during my approx. 20 min nap but It was nice regardless. Idk why everyone is tripping about paying. You’ve paid more on things worse for you.
By Haha is

Exactly as all apps do these days, rather than just having to buy the app initially, it is advertised to help those with real problems, yet you have to pay a 5.99$ a week fine. Hard pass kick rocks.
By Guirllermo

For someone who’s struggling and just wants to get a little help this made me so excited! then Broke my heart. I was ready to lay down after working all day and dealing with so much anxiety from just living. I get my phone out and I listen to the psa about the app then go to my meditation mind you I’m so tired even writing this...and I have to pay? I wish I could have at least Tried the app to really see if it was worth it?? Something I think would help is if the first three of every topic was free because we can’t tell if it’s a good app or if it’s worth out hard earned cash. 5 $ a month is a lot when you have bills. Thanks for the false hope ❤️
By Kyrie Stone

Took my money, didn’t give me access to anything. Biggest waste of $5 and 28 minutes of my life. Scam.
By rootinshootin