#Followers tracker lost/gained# #Know your best followers and ghost followers# -Find out who liked/commented you the most and the least. -Find out the most influential followers by the number of their followers. -Find out the followers you are not following back. #Support of multiple accounts# -Track all your accounts in a single app Premium Subscription InstaFollowers includes an optional auto-renewable subscription to access current and future premium categories: - Subscription start from USD 1. - a 1-week subscription - a 1-month subscription - a 1-year subscription • Check in app for exact pricing in your region • Payment will be charged to your iTunes account at confirmation of purchase and will automatically renew (at the duration/price selected) unless auto-renew is turned off at least 24 hours before the end of the current period. • Account will be charged for renewal within 24-hours prior to the end of the current period, and identify the cost of the renewal. • Any unused portion of a free trial period, if offered, will be forfeited when the user purchases a subscription to that publication, where applicable • You can manage your subscription and/or turn off auto-renewal by going to your iTunes Account Settings, but refunds will not be given for any unused portion of the term. Terms of Service: http://igclean.qushuiyin.ltd/html/tos.html Privacy: http://igclean.qushuiyin.ltd/html/pp.html PLEASE READ: -This app is not affiliated with or endorsed by Instagram - This app does not help you gain, earn, or purchase followers or likes and is merely a tool that provides you reports and analytics on your followers 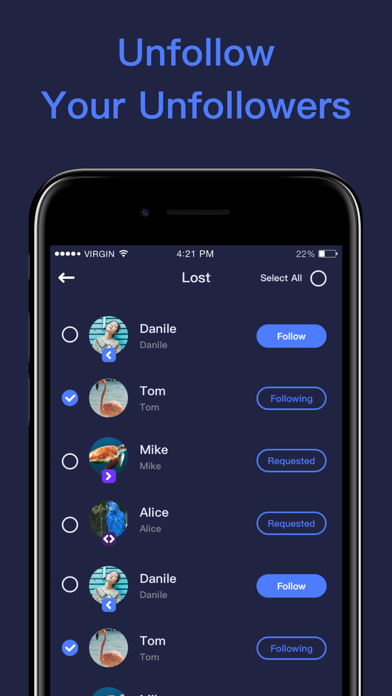 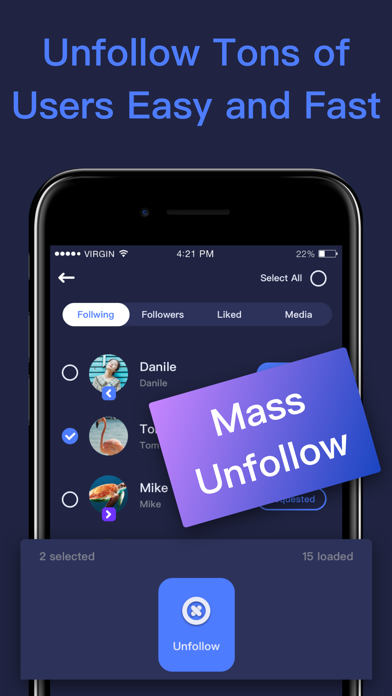 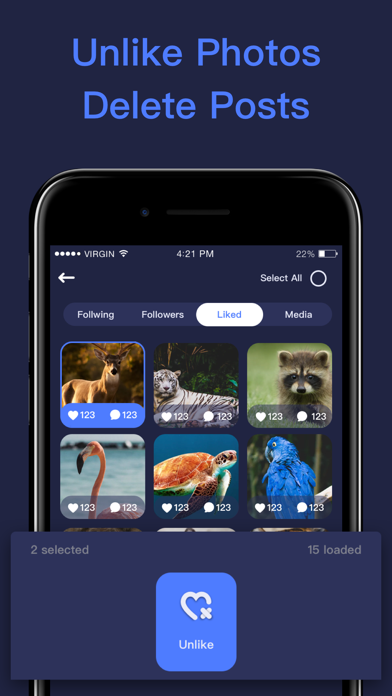 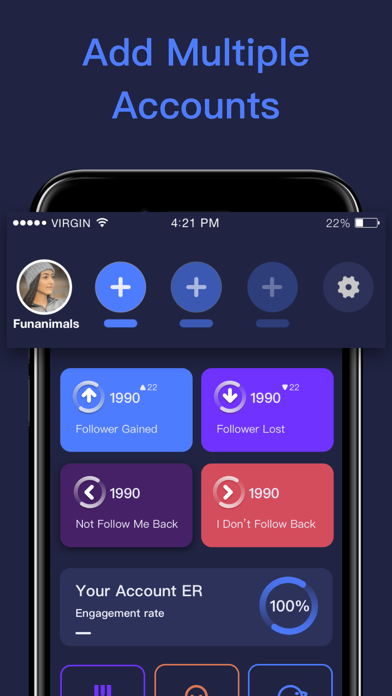 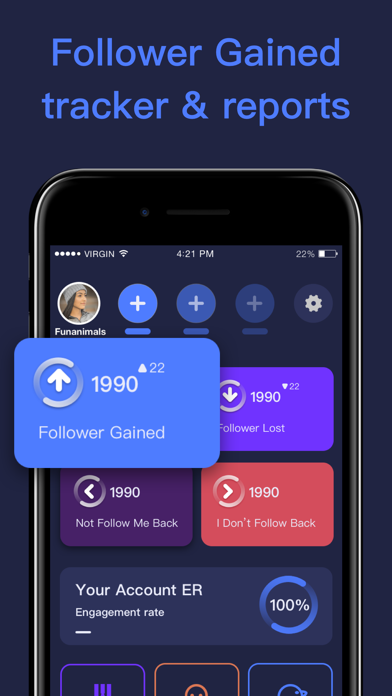 Told me to give five to gain access
By Firstlightxo

Forces you to give 5 star rating

Rate is fake!! Wish I could give zero stars. This app forces you to give them 5 star rating in order to continue using it then asks you to pay after you've already given rating. FAKE, FAKE, FAKE!!!!!! DO NOT GET THIS APP.
By tay I

I paid for this app for 6 months and I have yet to be able to unfollow anyone. It never works. It says Instagram blocks the action. And it takes over 30 minutes to load. Worthless app and I want my money back.
By Need a pintervention

It doesn’t work at all

Its working on my account for an hour but just did 8 percentage! It doesnt show any thing .
By zahra8705

Absolute garbage. You will be scammed. Period. The app doesn’t even work. Now I’m out $25. Absolute trash.
By ThorbinRudebaker

It is great way to track and manage social media
By victoriaa.2xxxx

instagram keeps rejecting when i unfollow people. it’s super frustrating because i paid to upgrade my app and it’s been over 48 hours like it recommends..
By Levyman97

I’m not giving a five star review to access basic functions. That’s the only reason they have such high ratings.
By elizabmth