By ACADEMY IT Ltd.

Turn from a penniless tramp into a powerful businessman with a great fortune. Take charge of your own destiny, make a brilliant career and become fantastically rich and successful! Earn billions and become a legend. Fight for your dream life Start your life from scratch: get your first job and save money for running your own business. Fight your way to the world of business, make extra income by earning at the stock market and hit the jackpot in the casino. Do your best and become the most powerful person in the city. Playing “Hobo Life - business simulator” feels like living a real-life: - you have to start from living on the streets penniless; - graduate from a university to get a prestigious job; - gain experience to start your own business; - make a family to enhance your social status; - win tons of money in a casino and double your fortune at the stock market; - buy penthouses, cars and planes; - possess untold wealth! Overcome obstacles, get off the streets and become the CEO of your own company. Remember, there is no time to hesitate - you have only one life to make all your dreams come true. Change hobo’s life and help him write his success story in “Hobo Life - business simulator”! 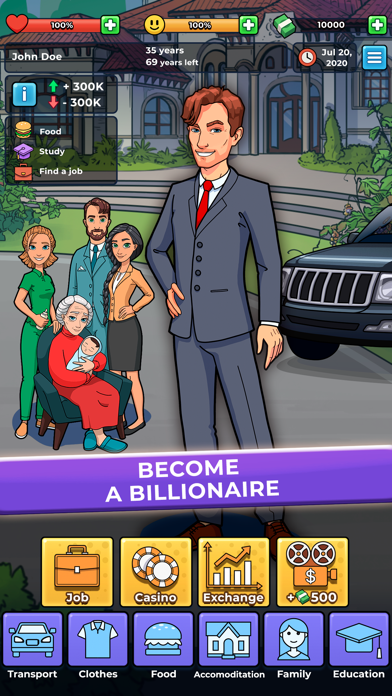 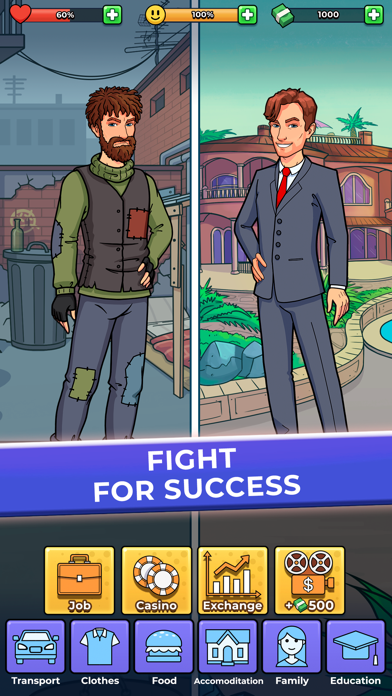 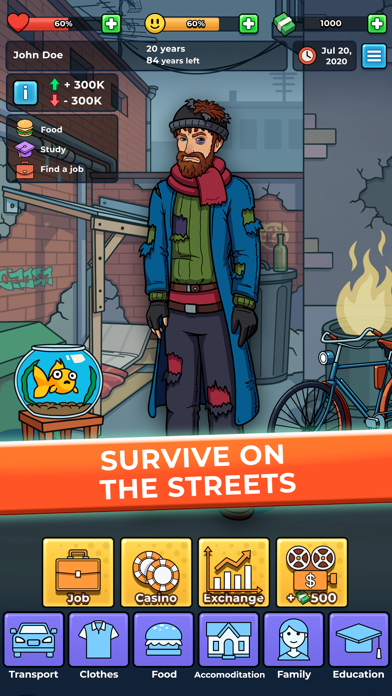 Why not take this rags to riches games a little further in a direction to crime? Start off with a small hustle and end with with a crime syndicate that spans across countries doing businesses with other countries. In addition military themes or captaining ships, or what about making an ancient world theme, honestly I think there is a lot of potential to move this kind of game further.
By yoo6754

You get a job then you go broke because the requirements cost more than you gat payed for that job...
By From this guy 33

To many pop up ads

It’s fun getting rich
By sirvontay

This app is garbage I played it for a while and even was enjoying it. Then for no reason it took my car away. Then I lost my job before I could get money to buy a car. I invested my own money playing this game and it still started me over. It’s trash!!!!!!!!!
By Biglew4330

App wasn’t bad, But I had to delete because the adds pop up every 30 seconds and make the game almost unplayable.
By PapaWolf94

To actually progress on the game you have to watch ads repeatedly or spend money. It should be a fun game but you are required to spend more money for a job than you actually receive from it. Also the ads piss me off. If you make the game better you will probably make more money than you do of this.
By Whyareallthenickstaken

First off I love it. And second off it is basically life. So I love it.
By Rydan H.

More by ACADEMY IT Ltd.