With Reports for Followers Tracker, you can find who unfollowed you on Instagram, who did not follow you, follow new followers and more. feature: 1. Account analysis 2. Follow and unfollow 3. View fan posts 4. Which friend follow you, but you don't follow them 5. Which users viewed your story For unlocking all features and content, Premium Membership offers auto-renewable subscription options: - Weekly payment subscription options. - Payment will be charged to iTunes Account at confirmation of purchases. - Subscription automatically renews unless auto-renew is turned off at least 24 hours before the end of the current period. - Account will be charged for renewal within 24-hours prior to the end of the current period, and identify the cost of the renewal. - Subscriptions may be managed by the user and auto-renewal may be turned off by going to the user’s Account Settings after purchase. - Any unused portion of a free trial period, if offered, will be forfeited when the user purchases a subscription to that publication, where applicable. - Privacy Policy: http://www.qijitech.pro/reportsforfollowerstracker/privacyPolicy - Terms of Use: http://www.qijitech.pro/reportsforfollowerstracker/termsofuse 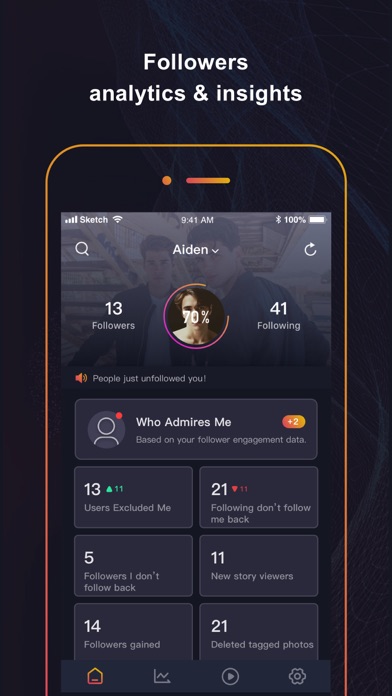 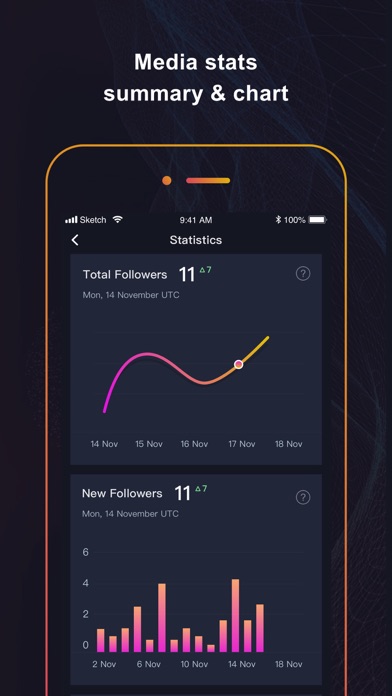 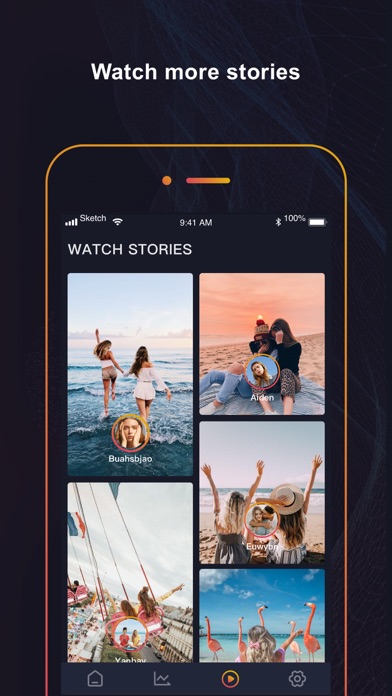 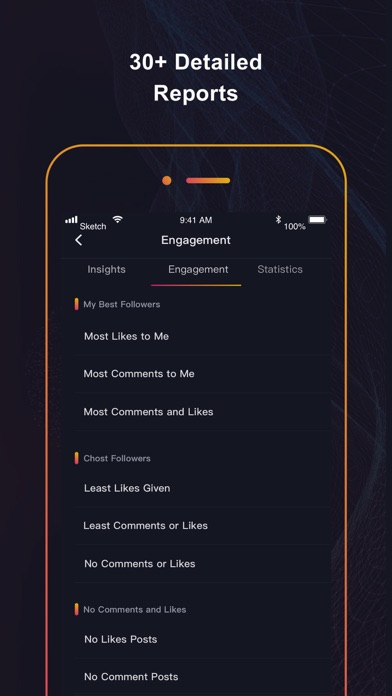 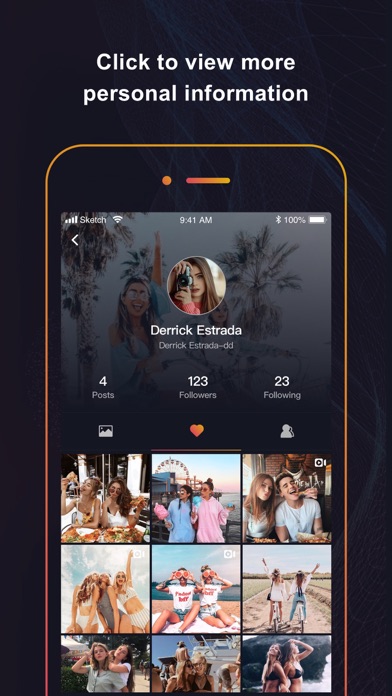 It said there was a 3 day trial. Well that was obviously just something to get people’s money. Soon as I clicked yes there was no trial an they charged me for then a months service but was only available to me for a week. Trying to get a refund but impossible to contact. Thanks for basically robing me. Worst app ever
By ch8103

I just downloaded this app and it just crashes. That’s it. Doesn’t function at all. So glad I didn’t pay for it! It took me 9 tries to log out before it crashed. I didn’t get to see any data. Just kept crashing. I have an iPhone, maybe it’s not compatible with this iOS? Either way, don’t bother.
By NicknameRaz

I don’t want it on my phone it’s a scam app!!
By Sexiest Grandmother

How true are the stats?

Unlike most of the reviews I have not experienced a crash I’m using a iPhone to access. My only issue is the info provided is not accurate such as the list of ppl that I don’t follow shows almost all of the ppl I do follow. So it makes me question everything else 🙌🏾 so 2 stars for now 😟😕
By Nisha25

How do I stop this purchase my niece was on my phone !! I do not authorize this payment !!! Stop this transaction
By jillortegaa

I love this app, gives the perfect amount of information - tracks everything I need to know about my Instagram.
By goodtime111

Every time I open it it immediately crashes
By KingKareem78

Won’t even open crashes every time I try

***update to answer developers question again.... it lets me enter my log on information but once I hit enter to where I would be actually logging in it seems like its going to the next step in the app because I get a glimpse of what that might look like but it crashes before the actual page loads so to answer it crashes after I enter my log in but never really logs into anything or gets passed that initial process. ** updated to add response to developer... I don't know what you mean by how I operated it and I can tell you nothing I did caused the crash. All I did was download the app off the App store and create an account for my instagram account.... thats it.. and when I tried to open the app it would open and automatically shut didn't even freeze or pause or anytjing it just looks like its fonna ipen fir a second and kicks tou out. open *** Basically it crashed on open. Can’t rate at an app more than a 1 if you can’t use it from the moment you download it.
By joq7654

Trash. I can’t even open the app without it crashing. I can’t even cancel it, I’m not trying to get charged 10 for something that doesn’t work!
By Nirahhhh

The minute I try to open, it logs me right out, I haven’t been able to use it. I want to cancel the trial
By monisalguero