We fused card games and roguelikes together to make the best single player deckbuilder we could. Craft a unique deck, encounter bizarre creatures, discover relics of immense power, and Slay the Spire! Features: - Dynamic Deck Building: Choose your cards wisely! Discover hundreds of cards to add to your deck with each attempt at climbing the Spire. Select cards that work together to efficiently dispatch foes and reach the top - An Ever-changing Spire: Whenever you embark on a journey up the Spire, the layout differs each time. Choose a risky or safe path, face different enemies, choose different cards, discover different relics, and even fight different bosses! - Powerful Relics to Discover: Powerful items known as relics can be found throughout the Spire. The effects of these relics can greatly enhance your deck through powerful interactions. But beware, obtaining a relic may cost you more than just gold… 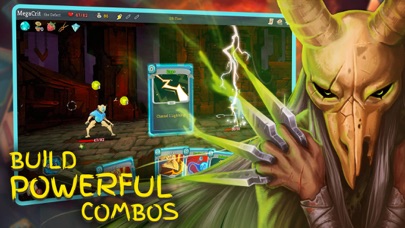 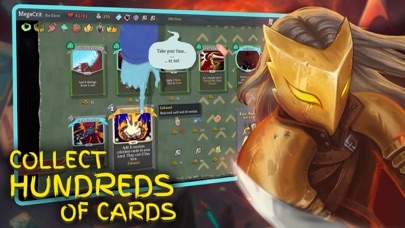 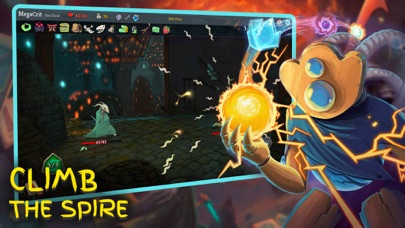 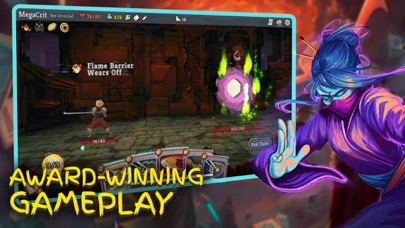 My go to game

I absolutely love this game. When will the expansion come to iOS?
By Nathan雷神Paul

Too bad my save got deleted for no reason
By Aereaux

I love slay the spire and have probably played more hours than any mobile game. However I really think the RNg and mechanics of the game need an update There’s not enough randomness for a rogue like, as someone who quits out when making a mistake I often notice that the exact same sequence of cards and relics get repeated. There’s also an annoying reliance on rebuffs in the combat, and as someone who’s played a lot of dnd I can say, they really don’t understand how debuffs work. You need some kind of mechanical system like resistance to fairly use debuffs something that slay the spire lacks.
By Jill Lloyd Flanagan

I love Slay the Spire and this is the third platform I’ve purchased it on, but it desperately needs controller support for an experienced player to not be frustrated by the slow pace. Please add it!
By sh0dan85

The game is very good. But iOS only 30 frames.Android has 60 frames. Hopes it can be solved. Thanks!
By 蛋定鸡动叔1

we need to update to an advanced version

Great game but no cloud saves is a big deal

You can invest hundreds of hours in this game but if you delete it or get a new phone, your save will be gone forever
By Elledeez

Easily the weakest version of this game

I love the Slay the Spire, and have played it on Xbox, PC, and Switch. I want to love the iOS version too, but there are a lot of downsides to it. The text is not optimized for mobile, neither is the interface, the frame rate is low, and there’s no iCloud syncing. As of right now it is three out of five on this platform. Is this better than not playing the game at all? Yeah, I guess. But this is unquestionably the worst way to play the game. The iOS ports of Monster Train, Dicey Dungeons, or Steamworld Quest will give you much better experiences, and will scratch the same deck builder itch.
By Rivalsan

Best game you can have on your phone

The title says it all. This is far and away the best mobile game I’ve ever played. It was worth every penny. If you enjoy Roguelites, don’t sleep on this purchase. I can’t stop playing it. I’ve invested over 800 hours into this game and still play everyday.
By ExiledRevan

it’s a favor for people loving this game to play on ipad, but ipad mini6 needs 3:2 display model. THX :)
By Juzze Huang