You have a universal right to privacy. Browse the web securely and privately with Mullvad VPN. It’s fast, trustworthy, and easy to use. GET STARTED 1. Install the app. 2. Click “Create account” to generate an anonymous account number. 3. Add time to your account via in-app purchases or on our website. WHY USE MULLVAD VPN? Maintain your anonymity: * Creating an account requires no personal info - not even an email address. * We keep no activity logs. * Pay anonymously with cash or cryptocurrency. Our iOS app uses WireGuard, a superior VPN protocol that connects fast and doesn’t drain your battery. HOW DOES MULLVAD VPN WORK? With Mullvad, your traffic travels through an encrypted tunnel to one of our VPN servers and then onward to the website you are visiting. In this way, websites will only see our server’s identity instead of yours. Same goes for your ISP; they’ll see that you’re connected to Mullvad, but not your activity. Using a VPN is a great first step toward protecting your online privacy. We believe that privacy is a universal right. FOR YOUR RIGHT TO PRIVACY Mullvad was founded in 2009 purely with the ambition of upholding the universal right to privacy - for you, for us, for everyone. That's a tall order, but if you want to make a change, you've gotta start somewhere. Since our humble beginning, our VPN service has helped to keep users' online activity, identity, and location private. Over the years, we've been blazing a trail forward to provide the most secure and anonymous VPN out there for everyone, for us, for you. 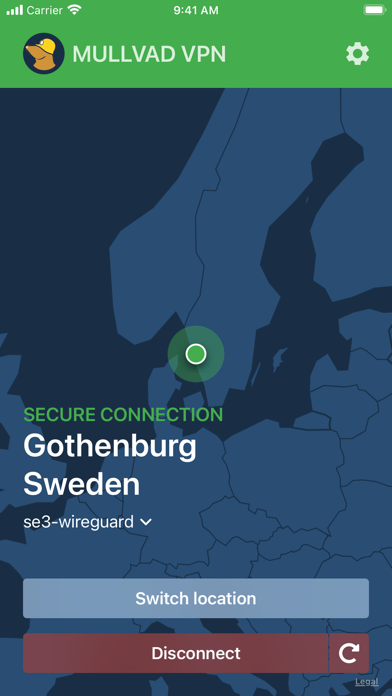 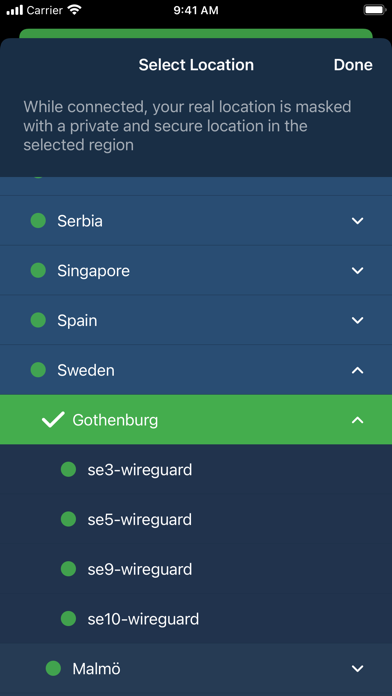 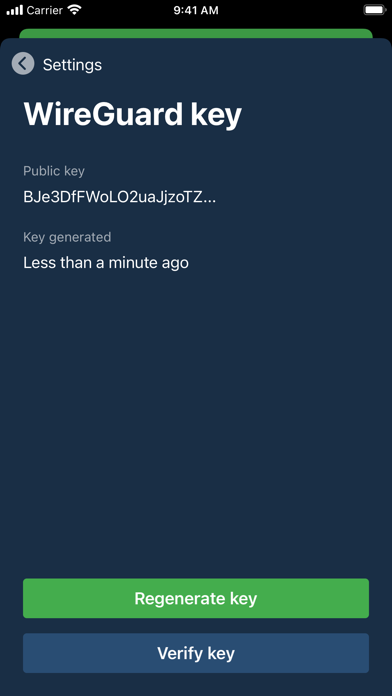 Slowed all WIFI connections to a crawl

I just tested in US through NYC. Mullvad gets 40mb down, my normal VPNord gets 250mb, and without any VPN I get 320mb. I want to like Mullvad, but that’s too slow for me…
By egadgetboy

flat rate of $4.99 monthly without commitment to long term period is just a fantastic. But… there is a cost for it… speed is far less then competitors… for instance I used in the past ExpressVPN but it cost twice as much but it was 10 times faster, NordVPN was also great not as fast as Express but still great. if you need that for mainly messages, voice calls etc you might even not notice the difference, but when you start watching a video, there is a big difference… last think want to mentioned that it seems like mullvad vpn does not drain battery as much as other VPN’s even more expensive, not sure how doest this works. maybe because it’s slightly slower? 😁 but overall would recommend it
By fmammadov

Exactly what it says

No gimmicks, no fancy UI, no 20% off 2 year plan with code youtuber. Just a good, reliable, tweakable, open VPN. Glad i found out they existed but i wish they did more marketing.
By jeffyjoe12

No annoying fees or locked-in subscriptions. Cancel whenever you want, only 5 Euros a month. Fast, great connection, lots of locations to choose from, lightweight. I’ve had no problems with it and I’ve been using it for a few months now.
By andrewwawrzyniak

Easy to set up and use. Much faster than Express and Nord (which I subscribe to) when using the closest server. One of three top VPNs according to Consumer Reports. The other two weren’t worth my time. Just like CR, I tell it like it is. Also, less expensive than the above mentioned products. That’s all for now! Rock on✌🏻
By anacon1

It’s true no vpn can be completely anonymous but Mullvad comes surprisingly close. Monero and cash payment options, a TOR onion site, and no automatic renewals. If you want privacy above all else use Tor browser, buy Monero with cash, and then buy Mullvad on their onion site. Also it’s a solid vpn with plenty of locations and industry standard encryption methods. I will be using Mullvad exclusively whenever I need a vpn!
By xyz212ccv

A temporary disable “turn off for 5mins”, hour, etc. for certain tasks that will break with VPN, then automatic rejoin to avoid forgetting to turn back on.
By Fan1234