MWH is a health, wellness & lifestyle platform on a mission to create a more mindful way of life, accessible and attainable for all. • Get unlimited access to a library of 500+ workouts & meditations. • Move and meditate with Melissa and our MWH Creators Pilates, Yoga, Guided Meditations, Pre & Postnatal, Barre & Standing Series, Treadmill & Water Workouts, and more, all designed to help you transform yourself from the inside out. • New classes added every week. • Custom schedules for 3 tiers of intensity. There is something for everyone, at all levels! • Access to recipes & video tutorials + coveted lifestyle & nutrition tips. Melissa Wood-Tepperberg started sharing her workouts on her iPhone and a simple tripod from her living room. The community has grown a lot since then, but the heart of MWH has remained the same. The foundation of this practice has always been about using what you have available to you, whenever, wherever you are. No matter how much time you have available to you (5, 10, 20 minutes, etc), there is something you can do, everyday, to better both your body and your mind. Welcome to MWH... the destination to better every single aspect of your life. All paid accounts on melissawoodhealth.com automatically renew at the end of their terms. The subscription renewal date will always be the day immediately following the end date of your current subscription period. The card used for the subscription purchase will be charged at the end of the term outlined in your receipt, unless it is updated prior to the renewal date. If you wish to cancel your account, you can do so at any time. Once your account has been cancelled, you will retain access to all paid features throughout the remainder of the term you purchased. If we are unable to process your renewal, your account may temporarily be suspended from access to paid features; your account will not be deleted, and no information will be lost or removed. Your account will remain suspended until a valid payment method is used. If you have any questions or concerns regarding your account, please contact us at support@melissawoodhealth.com. If you subscribe to MWH via iTunes, payment will be charged to your iTunes Account at confirmation of purchase and your membership will automatically renew unless turned off at least 24 hours before the end of the current period. Subscription will be renewed within 24-hours before the end of each period at the rate of your selected plan. Turn off auto-renewal anytime through iTunes. App Privacy Policy: https://melissawoodhealth.com/privacy-policy Terms of use: https://melissawoodhealth.com/terms-of-use 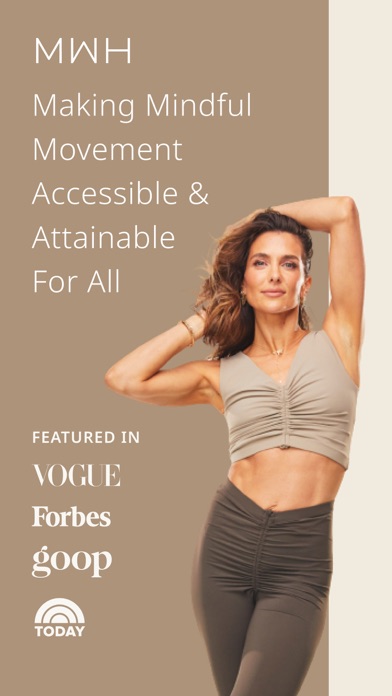 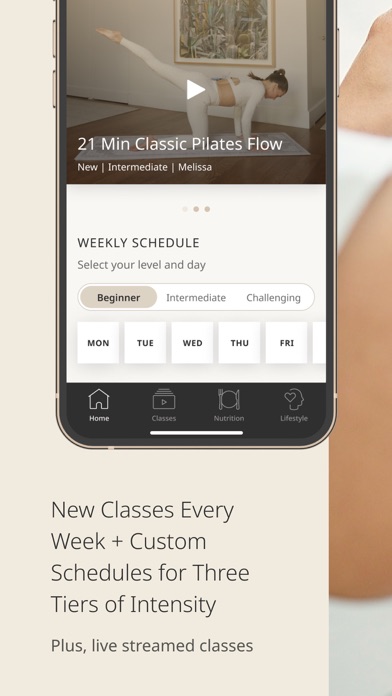 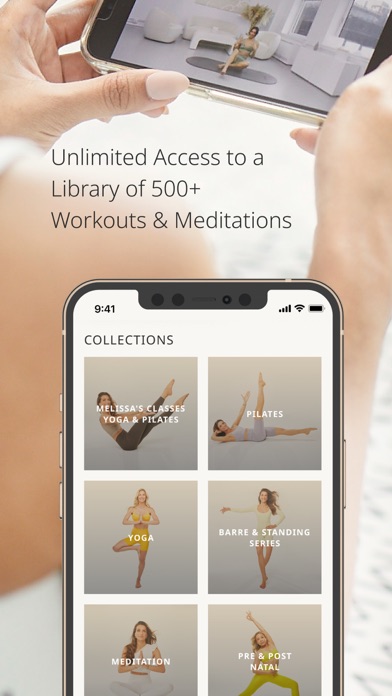 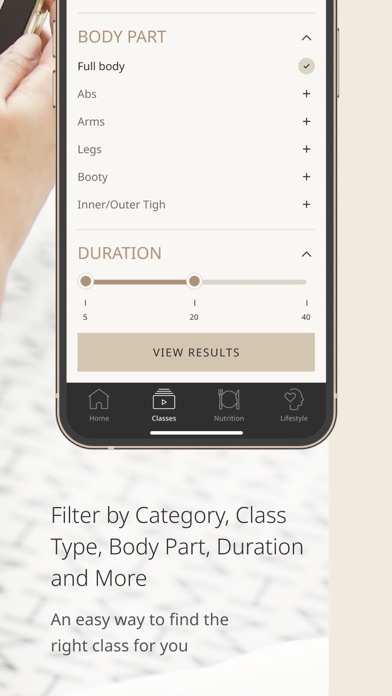 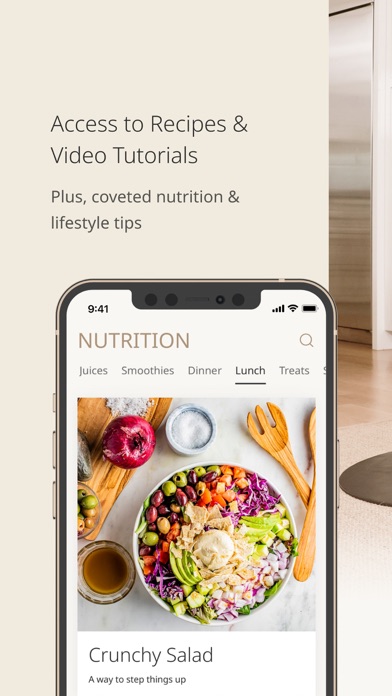 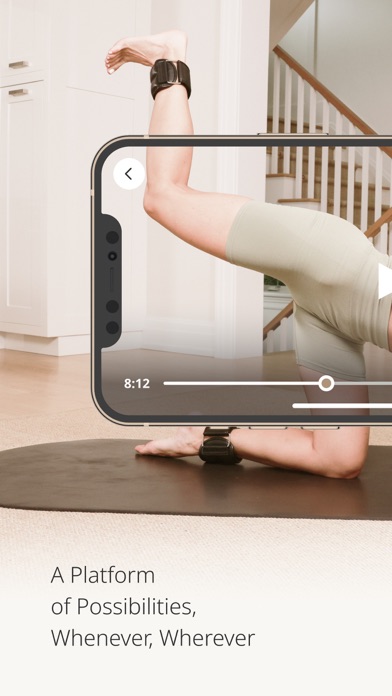 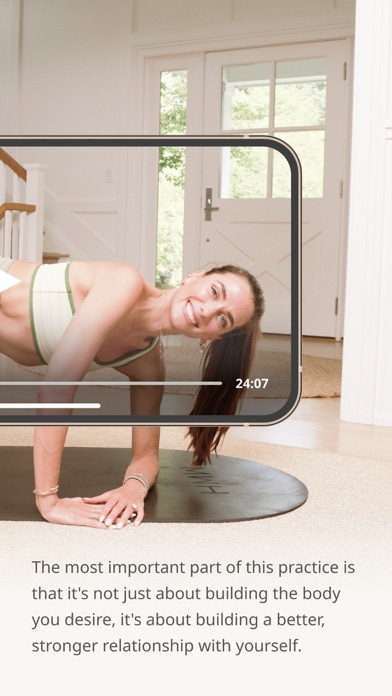 The screen doesn’t turn horizontally on the iPad it’s a real pain. Please make it possible again.
By aliklei555

The app is absolutely amazing, until you need customer service

I have just updated the MWH app and it is now saying that i don’t have a subscription, that i never did (I’ve had one since September 9th 2022), and that I can’t restore it because it “doesn’t exist” even though i was literally charged 2 days ago. Since the update was on Monday, and i was charged Wednesday that means that It will charge me again next month even though its saying i don't have the subscription. And I can’t cancel the subscription to stop charging me because again, its saying i don’t have one. The reason i gave this app even 2 stars is because I really really enjoyed using it before it started being weird. I have also read that it wont let people put it in landscape mode which is also very upsetting because i use my iPad, which in its case can only be landscape. Please fix this MWH team!!! I have messaged the team about my subscription and will update this review once they respond. Again, I really loved the app before the update. Loved the workouts, the calming feel, and the way it was simple and worked with my iPad. I cant even give the new update a fair shot until the problem is fixed, so please help me MWH team!! Update: I reached out to the team on November 10th, and everyday for about 3 or 4 days after that as well. It is the 22nd now and they have finally gotten back to me. They emailed and fixed the problem thank goodness. I’m buying the originally 2 stars up too 3 stars because I still love the app and am excited to use it again. However the not horrible, just non existent customer service was just so frustrating I cannot bring myself to give it anymore than 2 stars. The app is absolutely amazing, until you need customer service. (P.P.S- they fixed the horizontal for iPads, I can use my iPad and it’s horizontal!)
By ManiKallander

The workouts are good. I wish the App was. It keeps crashing to the point that I end up being frustrated and have now decided to cancel my subscription. HOWEVER, there is nowhere on the app to cancel and the webpage says to go to the app! For the past three days I have been writing their customer support, expressing my desire to CANCEL and NO ONE answers! I am, of course, EXTREMELY UNHAPPY WITH THE LACK OF CUSTOMER SUPPORT AND THE FACT THAT I CANNOT SEEM TO CANCEL MY SUBSCRIPTION! DO NOT SIGN UP FOR THIS UNLESS YOU WANT A LOT OF FRUSTRATION!!!
By Sailorette2

Unable to log into the account I created to in august. At that tie I also purchased the yearly subscription. Enjoy the work outs very much. Hopefully they will fix the issue soon.
By rachjohn2891

I loved using this app before the update. I have a paid subscription but the “restore purchase” button doesn’t fix it - it just tells me I don’t have a subscription even though I do according to the App Store. Also, the screen only shows on portrait mode now, and I use this on my iPad so having a landscape mode is essential. Please fix these things! I reached out to support and have yet to hear back.
By CKW396

Loved Melissa’s workouts but now the new app won’t cast to my tv and it’s harder to navigate. I loved the simplicity of it before. It felt more home grown/at home with just Melissa and now it feels very commercialized. Reminds me of when tone it up expanded as well. Hope they will fix it or will probably move on as well. Trying to cast it from different browsers etc has taken a lot of time and ruined the “quick” workout aspect of it. Was told they were going to fix it but not given any timeline. I agree with others that the no warning of it all changing leaves a bad taste for the og members. Still love Melissa and want to support her but this is a bummer. Not sure why she felt the need to change it as her workouts were popular because of her and what it was/ not for a million other options of workouts or instructors.
By jesswhit10

Similar to another review, when the new app launched its now telling me I no longer have a subscription even though I just renewed for $99 in June of this year. I contacted the MWH team and got a generic “someone will reach out within 24 hrs”. No one has reached out and it’s been more than 24 hrs.
By Elizbeth820

Sad about the changes

Been a subscriber for years and can’t get into my account on any platform. Really unfortunate.
By pw12345678

I really love the MWH method and have been a subscriber for a few years. I usually watch videos on my iPad. The old version of the app worked well in landscape, but the updated version does not. It’s sort of annoying to use it on my ipad now. Bummed. But still great workouts.
By AmandafromVenice

I can no longer cast to my chomecast with the new app. When I use Apple play, I have to set my phone to never lock for my screen lock otherwise the workout pauses. These were not issues with the old app. Very disappointing.
By LCO2022