The Lord of the Rings: War

After waging valiant battles and forging alliances, the War of the Ring has come to a temporary close. Dol Guldur has been occupied and the One Ring has been found. All achievements will fade at season’s end to make room for more glory to come. But peace has yet to be won. The Ring has a will of its own, and the rumblings of war go ever on as it tempts all, both good and evil, to seize it and conquer all of Middle-earth. Who shall claim dominion? Find out in the next season. The war has only just begun! Claim the One Ring  The One Ring has resurfaced in the deserted castle of Dol Guldur. It bestows upon its bearer unrivaled power to dominate Middle-earth, luring all in the land to make ready for a great war. Seek Tips in the Tavern If you go drinking in the tavern, you might uncover some tips, tasks and tales. Buy a round, gain a commander’s attention and receive special tasks. If you complete their tasks, you just might earn their respect and recruit them. Join a Faction to Fight Each faction is drawn to the One Ring, vying to seize it for Middle-earth. Join a faction and enlist in a new War of the Ring.  Explore Middle-earth From Argonath to Mount Doom, experience J.R.R. Tolkien’s expansive world and set out on your own journey. Assemble Vast Armies Build an army the likes of which Middle-earth has never seen before, with well-armed warriors, knights, archers and more. Victory is yours, so long as your strategy remains sharp. Form a Lasting Alliance Embark on your journey with trusted allies at your side. Establish your place in this vast world by collecting resources, developing settlements and expanding your territory. Great challenges await! Facebook Fan-page: https://www.facebook.com/gaming/lotrrisetowar Discord Community: https://discord.gg/lotrrisetowar YouTube Channel: https://www.youtube.com/c/TheLordoftheRingsRisetoWar 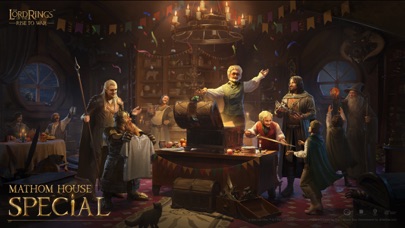 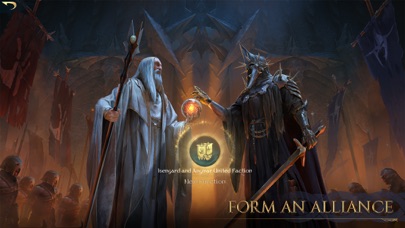 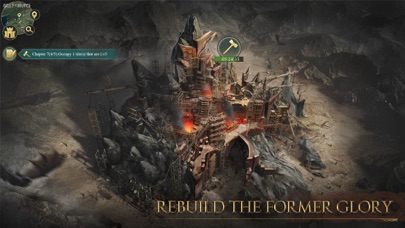 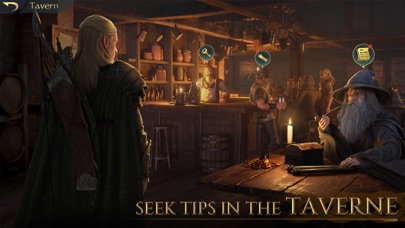 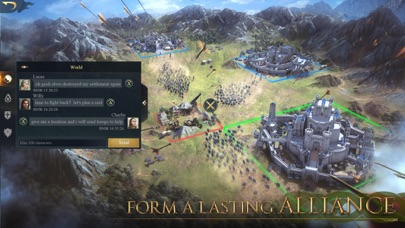 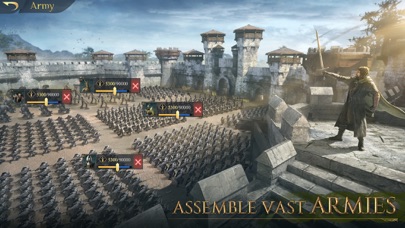 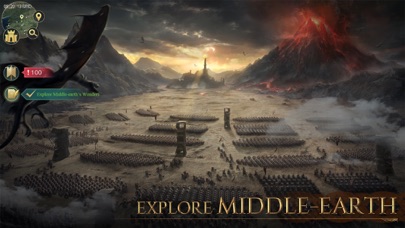 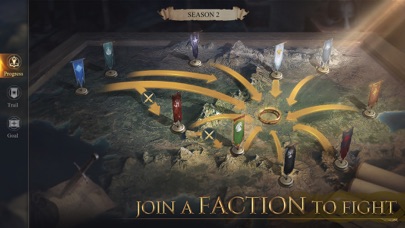 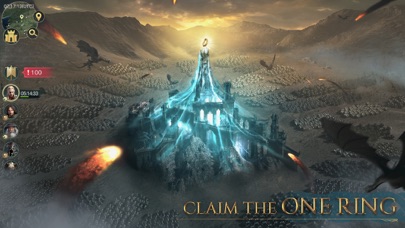 Kind of reminds me of age of empires, but more intuitive and has all lord of the rings themes, not too shabby!
By Brawndong

Hello. I’ve been playing this game for quite some time. I took a short break from it and all of the sudden I lost my spot in my faction AND as far as I know all of my progress. How do I get it back?? My armies were strong and as of right now I need to rebuild the entire thing which took me months to do because you have to give it time. My ring power was almost complete too.
By ScatCat101

Thank you Rise to war team for being so creative!
By Lothlòrien26

It is very fun but unfair

The game itself is super fun, however I can literally say how every game ever has gone, and how they will go. Basically Lindon and Mordor absolutely sweep through the map, no one else even has a chance. After that Mordor proceeds to destroy Lindon and win. That’s how it goes everytime. I’m not necessarily sure why, however something needs to be nerfed to give other factions a chance. Like the dwarves, Lothlorien, and Gondor have a good starting position and decent power, but they still get absolutely destroyed every time ever.
By дйллиос

I am currently in S3, but at one nation a lot of player at there are playing their S5. All other nation lose badly because of the equipment and reputation level have 2 season gap.
By 點心仔仔

Don’t get too attached to your stuff

Was really loving this game until they started a new season, took all my progress away, set all my commanders back to level 5 and my castle back to level 1. What is the point of all this progress if a new season is just going to start everything all over again? Disappointed and will not be playing anymore.
By Bondojr93

A lot of features missing. The fact that you can’t cancel builds or rename stuff after, is super annoying, especially considering the interface does not make it easy or intuitive. You just waste a ton of time and resources because the rules aren’t clear.
By CodyPickett

This game is catered to players who are willing to spend in the thousands. The developers can’t get their act together and continue making mistake after mistake by trying to introduce new features instead of just improving the game. And customer support seems to be run by part time players who don’t have to answer to anyone.
By NorseHansen90

Hello RoMe if you see this hi! I like all the commanders and it’s very fun
By Lumberboi5467

The Lord of the Rings: War