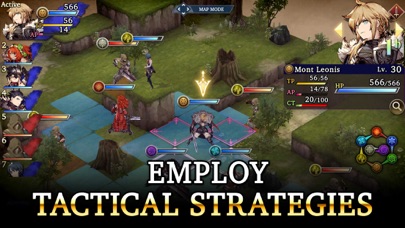 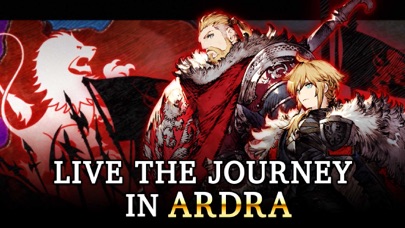 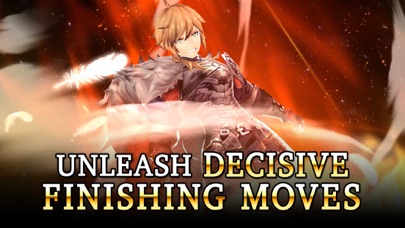 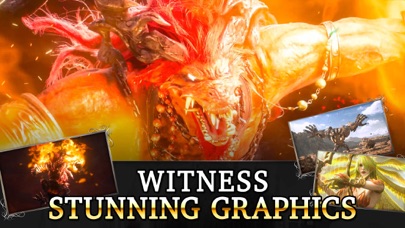 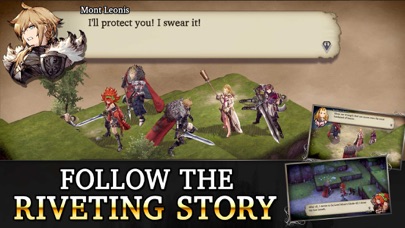 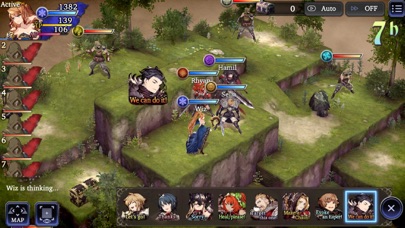 Great game! And a tip for newbies

Your main focus is to roll for Mediena the Ice Mage. Easier to use her to farm. Each characters have different element attributes. Focus on one ice element such as Mediena for her Awakening. The items for the awakening are very limited. If you spend it on another character such as Gilgamesh which is a ice element. You might face difficulties unless your willing to spend a bit of money instead of being free to play. For more infor just join re-ddit forums. I love this game and it remind me of final fantasy tactics. And the story line is voice and awesome. Don’t let the gatcha system get in your way. You can still have fun as a free to play player.
By YoDaddy02

It is a lot of fun. The chat icons during battle do not function for me most times. Or maybe I don’t know how to use them.
By Erubesco

Gacha mobile game designed to get you to spend money. Play dofus instead if you want the final fantasy tactics feeling in a game.
By Larry Coker

Love the game, but has some issues.

I’m not sure if anyone else is having this issue, but my game has been crashing lately almost every time I go into a battle. I’m enjoying the story and gameplay otherwise, but I hope this gets fixed soon.
By Corey_Muir

I never played any of the FF games before, I like the game series for two reasons. One, I have two favorite characters from the games, Cloud and Prince Noctis, and two, I like the Chocobos. I’m thinking about getting the FF VII game for the Switch and if there really is a FF VII remake where the characters don’t look like old time game characters, I want to get that one as well and FF XV. Overall, I love FF.
By Jon Bongovi

Ive only played for a day and I’m writing a review. I never write reviews. I usually think a game is good from the start if i like the following: Character art Combat mechanics Storyline Interface Ability to summon at least some characters I actually want to play early Growth and challenge balance Enjoyable content past main storyline. I can say this game did well on the first 5. The last of those i will find out as I continue to play. Also this is a new FF tactics world which is awesome. They did the worldbuilding well. Im starting to get behind the main character, princess is a bit overbearing, but it seems to fit her situation. I also like the smaller touches like the character growth screens, or even just seeing my character roster. It just is well designed. I don’t really write these things but I did for this game. Its worth a download.
By Bluemagetim

Found an Issue with the game

I just downloaded the game and I tried linking it to FB and it has the Open and Cancel button to link it through FB and it won’t allow me to click anything ... please fix
By Please Fix ASAP! Thanks

Everyone will go on and on about the good stuff and don’t get me wrong there’s a LOT of good stuff here. That said however I’m going to point out the bad. Unit progression is absolutely terrible. It is just despicably bad. Upgrading your units abilities takes so much freaking Gil that I’ve played since release and still haven’t maxed any of them. Unlocking new abilities calls for upgrading your units star level, job level and also that you limit break the unit. Limit breaking calls for shards which can be gained from summoning duplicates or by doing shard quests. The shard quests will net you 1-3 shards per day depending on the unit and with the maximum limit break lvl calling for hundreds of shards you will need to play this for actual YEARS to max out Gilgamesh at 1 shard per day. Unless you shell out for a bunch of summons or spend visiore in the shop. Then we have the hideous amount of resources you need to farm, the resources you need but can’t effectively farm and the way upgrading weapons, Espers and vision cards all works. The whole thing is dripping with ways to pick your pocket by holding it’s progression hostage in one of the most disrespectfully greedy displays I have ever seen.
By Ceriber

have been logged out for many times.. i can be kicked out from the game about 2-3 times per hours.. imagine how annoying it is when im playing this for several hours. Please fix it. Love the graphics btw.
By Makibow

Stop reading and give this a try if you ever liked FFT. The nostalgia is surprisingly welcomed. Gameplay is similar to FFT but the progress system is like most mobile games, require grinding. With that in mind the game is still very enjoyable for all levels of effort. One thing is clear you will not run out of things to do.
By LastSquires

The World Ends with You: Solo Remix

The World Ends with You: Solo Remix for iPad