Sofanovel is one of the best reading App for original English stories and novels. Including romance, werewolf, fan-fiction, mystery, scifi books and more. Download thie stories App now to start reading books and enjoy it. [Why Us] - Numerous of genres for Romance, Werewolf, Love fiction and more - Get recommendation of original stories according to your preferences - Adjust background, fonts and typesetting to have a wonderful reading experience - Save your favorite stories in the library to keep the latest chapters wherever you go [Hot Book Genres] - Fantasy Novel - Adventure Novel - Romance Novel - Horror Novel - Adult Novel - LGBTQ+ Novel Want to know more about Sofanovel, please follow us to stay up-to-date with your favorite stories, writers and readers. Email: sofahelp@vlight.sg Facebook：Sofanovel Twitter：Sofanovel Website：https://sofanovel.com 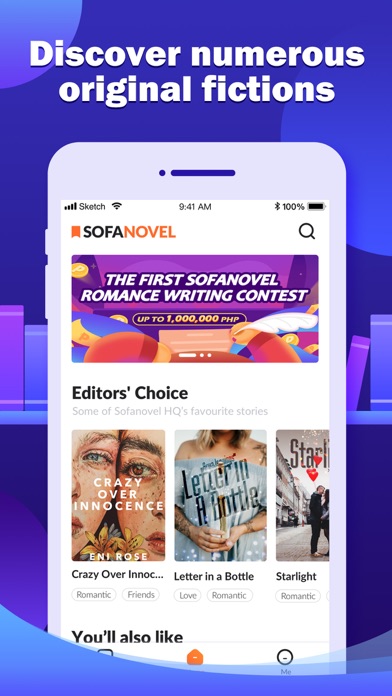 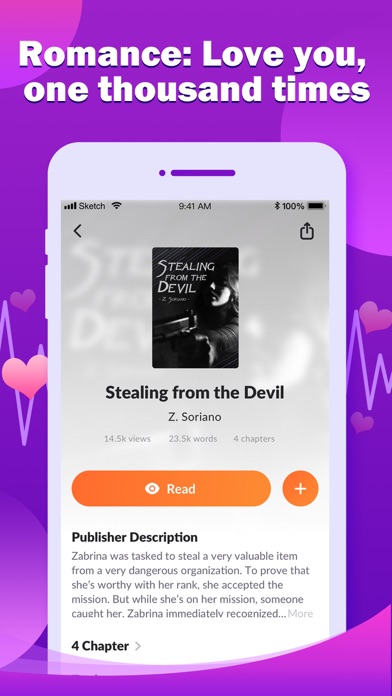 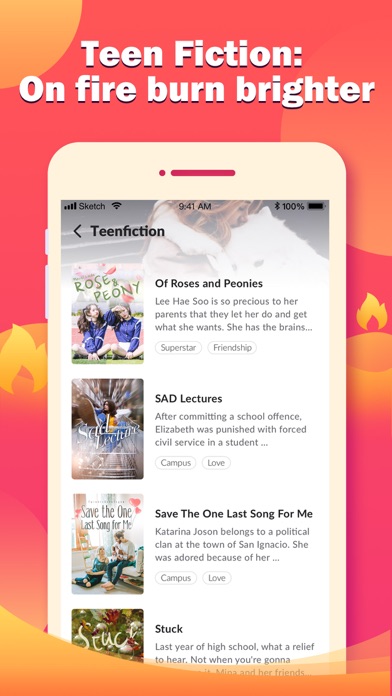 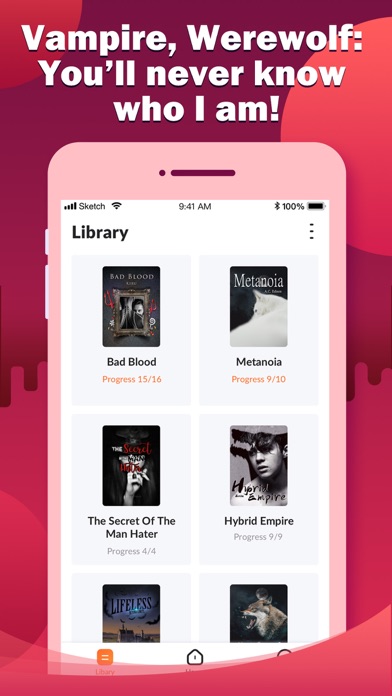 It keeps trying to get money out off my card even when my card kept saying that it keeps declining it every 30 minutes because it doesn’t trust it which it’s starting to seem like a scam and I’ve tried unsubscribing it but there wasn’t an unsubscribe button on the website or on the app.
By bubblieB4982

I’m a Wattpad writer and I got a message saying they want to have my book, but when I went on there they wanted my ID card number and other very personal information and that raises a red flag me. They do offer pay for your work in a contract, but that wouldn’t require your social number instead of a credit card number so I’ll keep an eye on this to see if it changes for the better, but until then I’m not doing business here
By Unidentified562

This app has a lot of work to do if it hopes to be anything close to other writing apps/websites such as Wattpad, Fanfiction.net, Quotev, or AO3. First of all— there’s no way to customize your profile. If I don’t want to have my real name on my profile, it seems like I’m out of luck because you can only log in with Facebook, Twitter, or Apple, so your name would have to be something different on there. Second, it seems like there’s no way for readers to engage with authors and vice-versa. One of the most essential parts of writing is consumer feedback, but there’s no comment section, way to message the author, follow them, or see if they’ve written other works. It’s a sure means of discouraging writers from continuing their stories. Third, the entire interface seems like a poor imitation of Wattpad. Not only do they have the same orange, white, and black color scheme, but the rest of the app just seems like they went “Yeah, let’s copy it but change a few things so it doesn’t seem too obvious.” Fourth, I’m confused as to how to search bar is supposed to work. I tried searching “teen” and nothing appeared. Maybe it’s because there are so few stories on here that it doesn’t have much to show, but I was struggling with finding results. I could go on, but I’m going to stop here. I believe I have said enough. The app has potential but its sloppiness overshadows that potential.
By Frustrated >:{(