Whether you're traveling to new places or trying to get started learning a new language, thanks to “Translator”, the language is no longer a barrier to communication. • Voice Translation Speak to translate. Dictate what you want to translate and let the app read out the translation, or read it on your screen. Translator enables you to speak a new language with confidence. • Camera Translation Translate any pic or text using your camera. Snap a shot of any printed source and Translator translates it instantaneously. You can easily translate menus, signs, maps, or any paper document. • AR Translation  Translate the world around you with augmented reality. • Translator Keyboard Easily write in 60+ languages within your favorite apps. • Conversation Mode Have foreign language conversations. Now you can communicate effectively with people from all over the world. Translator translates conversations between a foreigner and yourself in real-time. • Text Translation Translate text into 110+ languages. Enter the phrase you want to translate to receive the results in text format or listen to the correct pronunciation. • Watch App Translator using your Apple Watch. • Siri Shortcuts Add shortcuts to Siri to get your translations even faster. • Translation Widget Using the widget you can translate from your clipboard faster than ever, and a text without even opening the app. More than 100 languages are supported *Some features are not available in all languages. **Internet connection is required to translate. limitations (ex. number of daily translations). PRO FEATURES: • Unlimited use • Voice Translation • Camera Translation • Conversation Mode Subscription pricing and terms： For unlocking all features and content, Premium Membership offers one auto-renewable subscription options: Weekly payment subscription options. End of trial and subscription renewal： - Payment will be charged to iTunes Account at confirmation of purchases. - Subscription automatically renews unless auto-renew is turned off at least 24 hours before the end of the current period. -Account will be charged for renewal within 24-hours prior to the end of the current period, and identify the cost of the renewal. -Subscriptions may be managed by the user and auto-renewal may be turned off by going to the user’s Account Settings after purchase. -Any unused portion of a free trial period, if offered, will be forfeited when the user purchases a subscription to that publication, where applicable. -Privacy Policy: http://www.maiyuntech.pro/translator/privacyPolicy -Terms of Service: http://www.maiyuntech.pro/translator/termsofuse 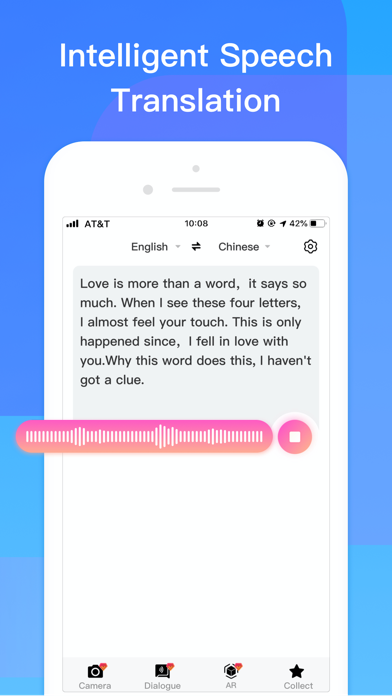 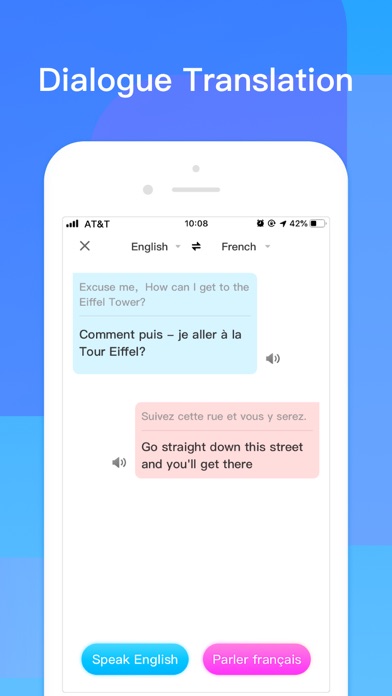 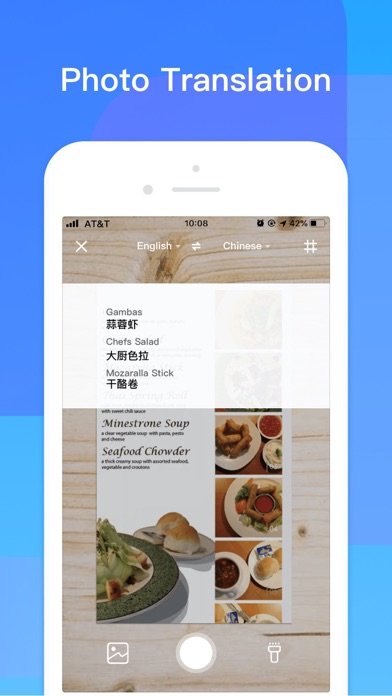 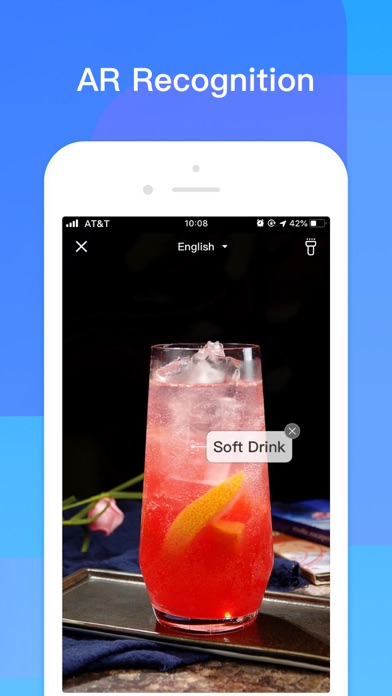 On every single add I see this app on. It shows you how to speak dog and what they are saying. This is nothing of what it is. Stop making misleading adds please. Thank you.
By Gigglebox515

This app could be better because when I tried to press where you are supposed to press when you want to hear the words I couldn’t press it I don’t recommend this app to anyone
By collie5636;colliesaresmart

The app did not work. I was charged anyway

The app did not work. I thought deleting the app would end the 3 day trial. It did not. I was charged $20 and it never worked. I would like my money refunded.
By Lauren592020

Charged me without my permission

My daughter downloaded this app because it was free and they have been charging me $21.49 since February. This is crazy it was even deleted and I didn’t know the subscription was on.
By solbey10

This app is a joke so many better ones out there.
By kkkkeeeegggaaannn

I hate this so much

How could there is so many useless languages that none hear about where Arabic that being used in over 50 countries around the world does not exist. 1 star is my rate till you update. Just deleted it. Less than 1 min use.
By Tayeb2200

There’s a better app TransKey, which allows you to text and translate messages for free, only for like 1,000 words in a day, but it also only costs 10$ for premium, which it’s a year cost. Not too bad of a price, for unlimited words and every language. 🌟🌟🌟🌟🌟🌟🌟🌟🌟🌟🌟🌟🌟
By Ghaidshans