■■■New Japan Pro-Wrestling Official App “NJPW Collection”■■■ The only App for everything NJPW related! ▼Get wrestler cards on your phone with NJPW Collection! 《Gorgeous cards just keep coming out one after another》 Nothing quite like the feeling of seeing your favourite wrestlers debut in card form! From legends from the past to today’s brightest stars, a huge number of cards will keep coming out. 《Get new cards through DRAFT & TRADE》 Not only can you get cards from the “Standard Darft” with Lion Coins and “Rare Draft” with Lionstones, special limited edition cards will come out at “Event Draft”s! Collect rare cards and items through login bonuses and completing missions! Make friends and trade with others from all over the world! 《Master the Folder!》 Collected cards can be viewed in the folder! You can create your own unique faction around your favorite wrestler! Create a new faction with your favorite wrestlers! ▼Get all the latest NJPW news and information with NJPW Collection! Quickly access the NJPW Official Website & Social Media through the App! Get all the latest updates and show your support for New Japan! ▼Check-in on event day and get collect special bonuses! Come to a NJPW event and check-in using localization services on your phone! Don’t forget to check-in while watching the mathces 《Supported Operating Systems》 ・iOS 10 or higher *App is free to download *Includes paid content *Usage requires internet connection, use of data may be necessary *Fuctionality on tablet devices is not guarenteed 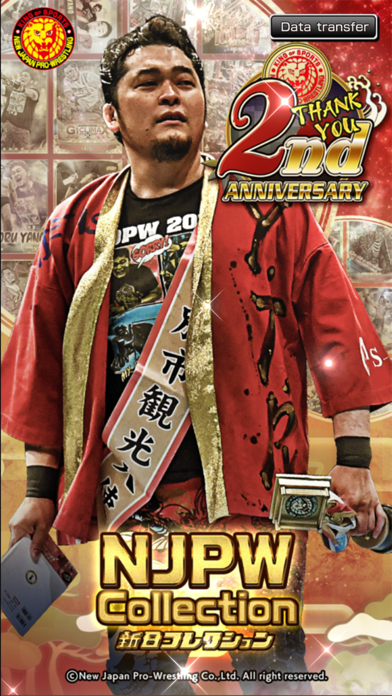 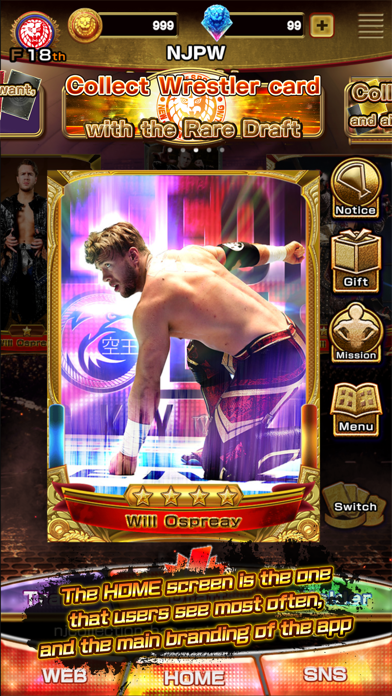 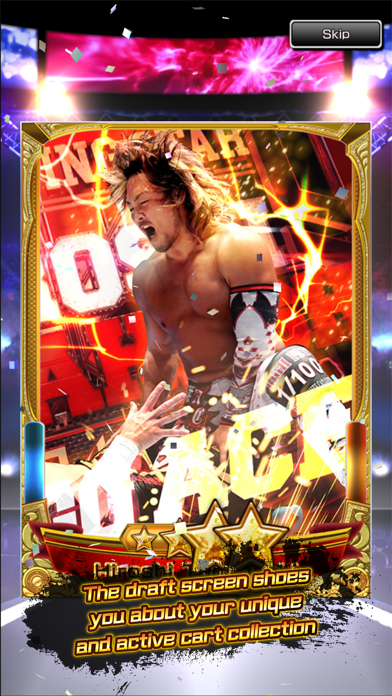 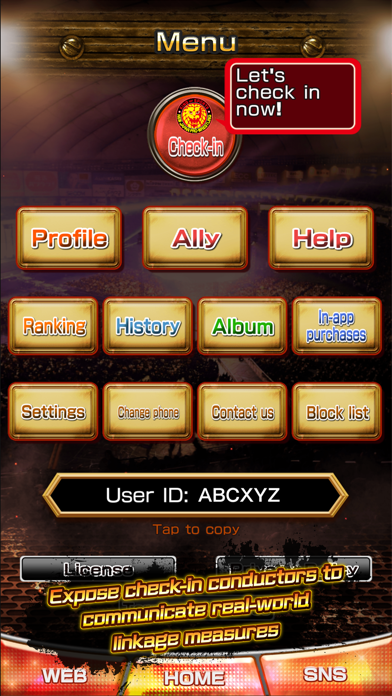 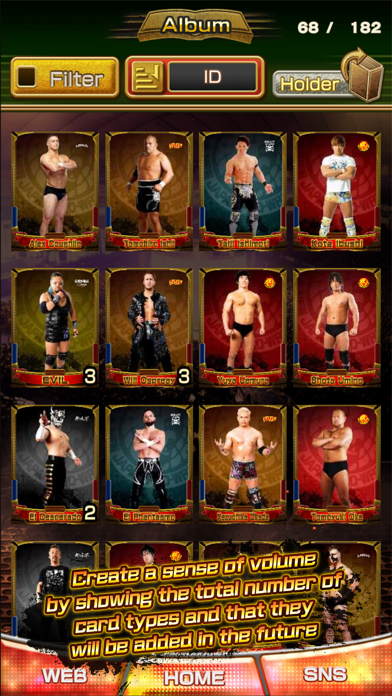 Why are there no Jay White cards?
By CryptoRainmaker

I collect on this NJPW Collection app and on Topps WWE Slam app. Both are free to play with option in-app purchases. Topps gives more free coins, which allows you to build your collection faster. But in just about every other category this NJPW Collection app is better. The cards are better, look better, and are more interactive. But the best thing this app does that Topps is not good at, is the card exchange. When you have lots of one star cards, on NJPW you can just “sell” your duplicates and choose which four star cards you’d like to exchange for. Topps exchange is so lame and time consuming in comparison that I almost never use it. I have thousands of duplicates in my Topps app that are pointless for this reason. But in NJPW those duplicates become better cards, allowing me to grow my collection with cards I actually want. A lot of other little quality of life things that Topps struggles with that NJPW just get right. Most importantly tho, support on the NJPW app is just 100 x’s better than Topps. Errors are fixed quickly, and support actually seems to care about the user experience. They are both fun collection apps, and I use them both. But if you’re going to get only one, it should be NJPW Collection if you want the best experience.
By lake316

First, I’m not naive. I know the point of this app is to make money. All the virtual gacha apps are. That being said, there is still room for improvement (while still making money). 1 - PLEASE make Rare Drafts and especially the specialty limited time only drafts only pay out 3 and 4 star cards. The freebie Lion Coin draft, that’s fine, I fully accept getting mostly 1 and 2 star cards. I would be more likely to buy lionstones if I knew I was getting only 3 and 4 star cards. Paying money and getting 1 and 2 star cards is an incredible feel bad. 2 - PLEASE allow trading down/up one level again (a 4 star for a 3 star and vise versa, a 3 star for a 2 star and vise versa, etc). This allows for a greater range of trading possibilities and allows users to offer something good for a three star that they don’t have but really want. Also consider allowing being able to trade 2 cards (either two of the same star rank or 1 of the same star rank and one of the below - ie a 4 star and a 3 star for a 4 star) for one card. Again, allows more trade options for users who really want something and would encourage more trading. 3 - We need a better way to search for trades. (Like being able to look for a card we want and the search would show us users who have that card unlocked for trade). Another great improvement (although I’m not sure the technical limitations of the app would allow such a change) would be to have a want list in our profile. 4 - Expand upon the trading store. Allow us to buy 3 star cards we don’t have as well (at a reduced cost from the 4 star cost). 5 - (this suggestion I know is probably the least likely to happen but I’m still going to make it) Some sort of duplicate protection (at minimum in the specialty limited time only draft). The amount of money that’s expected of people to spend to get anywhere near a complete set is ungodly, especially when event draft are thrown out on a weekly basis and they only last 5 days. This would give people more incentive to spend money and not risk throwing it away. If the devs read this, thanks for your time and I hope to see some of these possibly implemented in future updates.
By DiamantéLoco

Fun, but a couple of issue before you start

I enjoy the game - you collect cards of various New Japan wrestlers. It’s fun an addicting and I’ve had, more-or-less, a good time with it. There are two issues you should be aware of before you get going though: 1 - Although you can collect a decent set while not paying, there is a fairly hard ceiling on it. In order to get a lot of the rarer cards, you are going to have spend a LOT of cash. This problem is exasperated by a rudimentary trading system. This trading system was, inexplicably, made even worse in the past couple of months by not allowing you trade outside the “star rating” the game has designed. 2 - There is nothing else going on other than collecting cards. For those that like collecting, it’s great. Just don’t be expecting anything else.
By WIUPunk

Why can’t we trade a 1-3 star card for a 4 star card anymore?you guys are really trying to force us to spend a lot of money on this game to get the cards that we want and it is so unfair especially to the people that enjoys this game smh
By WalkngBucket

App crashes constantly and ultimately makes it unplayable.
By fxghjmkklllo

Fun and simple, good pics too
By Gvdobson