Dive into Wild Rift: the skills-and-strategy 5v5 MOBA experience of League of Legends by Riot Games, now built from the ground up for mobile. With smooth controls and fast-paced games, you can team up with friends, lock in your champion, and go for the big plays. PLAY TO OUTPLAY Master the Rift and earn your legend with dynamic champs and ever-changing strats. Each game is a chance to land the perfect skill shot, turn the tides in a crazy teamfight, or pull off that sweet, sweet pentakill. COMPETE WITH FRIENDS Teamwork makes the dream work in this mobile MOBA. Whether you’re a duo, trio, or full five-stack, you can queue up with your squad and climb the ladder one enemy Nexus at a time. CHOOSE YOUR CHAMPION Dunk on the competition with a giant sword, freeze enemies in their tracks with a cross-the-map ice arrow, or lure opponents to their doom with mesmerizing charm. Whatever you want your legend to be, there’s a champ for you. FAIR AND FREE TO PLAY Face off in matches balanced for skill level as well as party size. All champions can be earned for free in Wild Rift, and there’s no paying for playtime or power. Ever. Follow for 200IQ gameplay clips, dev and feature updates, and a whole lot more: Instagram: https://instagram.com/playwildrift Facebook: https://facebook.com/playwildrift Twitter: https://twitter.com/wildrift Website: https://wildrift.leagueoflegends.com Support: https://support-wildrift.riotgames.com/ Requires iOS 10.0 or later. Compatible with iPhone 6 and above. 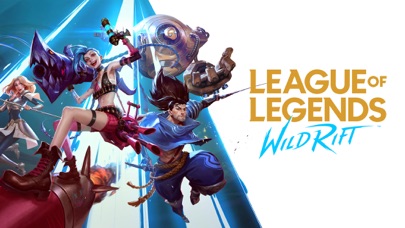 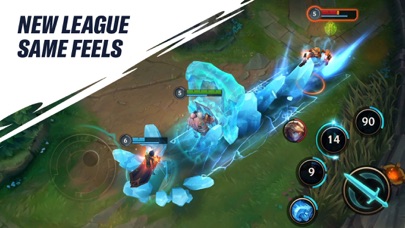 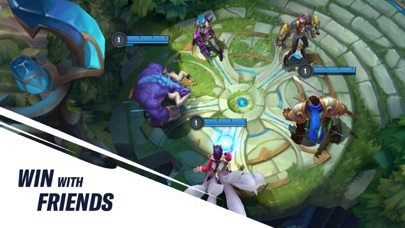 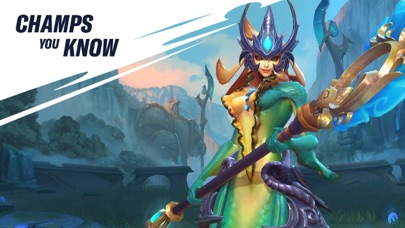 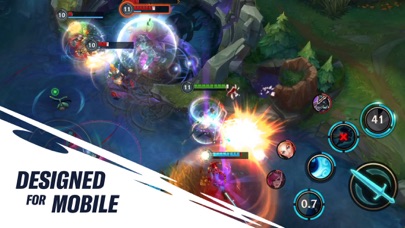 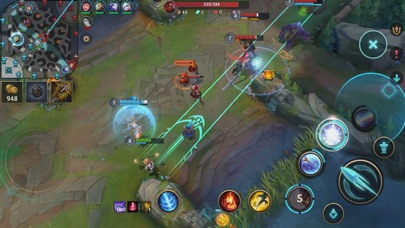 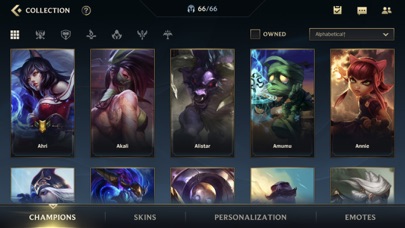 LOL as always use the worst service in all of their games.
By hungry want to eat

Love the game.. until I was nerfed..

Title to my review says it all. Thanks for making my favorite games come to mobile. Anyways, please consider Wukong nerf a setback to my best jungler. Until then, I will only give this app 2 stars. Moreover, I clearly was the MVP of my match, THE MVP SYSTEM IS SO BROKEN. Thanks for listening to my rant.
By Lone Arcade

I have strong wifi connectikn and it keep disconnecting and suddenly i got prompt for leaving/afk.So ineed to wait, i hope you can solve that problem thank riot
By Riotpleasefix

Alway match with toxic stupid trash teammate, report does nothing
By hdbankxiucbsjs

If you play this you might as well do try out mobile legends ,even though mobile legends copied league of legends. Mobile legends is better in my opinion because faster paced,better looking, and the game mechanics are simpler.
By wonedragon

There are some great aspects of this game, the movement is very different and powerful compared to what someone can do with just a mouse, however the right side is so crowded there is too much that needs to be done in that side. My biggest problem is the aiming for auto attacks and auto attack period. They can sometimes target great but often don’t and you don’t auto attack without tapping it so often you expect a follow up attack and are left with nothing. Back to the crowded screen there is a lot going on that draws you away from details in lane the map and everywhere, also the amount of buttons is a problem they don’t always go off and even playing on one of the larger screens I find it crowded and easy to miss click or even just fail to click many times. If they took some of the better aspects of this and added it to the pc and fixed some of the auto attack thing so feel would be better. But honestly if your looking for a Moba I just go play on the pc or watch YouTube the base game itself is frustrating but this is more.
By DarkAceX

What the heck happened to matchmaking

They try to keep you at 50% win rate. If you won 3+ matches in a row, then they will math you some bad players.
By 布兰迪大魔王

Unable to communicate with other players

This team-based game does not have a system to ensure good communication between random teammates. I mostly get teammates that doesn’t understand my language and talk to me in very confusing languages (I’m guessing it’s Chinese or Spanish). Making strategic communications or issuing commands virtually impossible.
By Petey25471927