Look for hidden treasures, change your face from tens of billions of face elements, and try dress combinations as you wish! This time, we have prepared a number of collections, including everything you may want! ========================================== To explore new cities is the beginning of creating your own world. =================Latest plan================= At least 70 locations, 140 characters, 150 pets, 700 sets of clothes and more accessories will be launched; the game will be updated every month, or launched more locations, so that you can create your own world! Fully customized clothes, hairstyles and magic makeup allow you to customize your true self and create a story that belongs to you! There are no rules and no scores in the game. Apartment: You can come home anytime and invite a large group of good friends to dinner or a party. Restaurant: Located at loft downstairs, the hidden chef can cook a variety of delicious foods. Convenience Store: A 7*24 store, with a large number of goods to meet any needs of your daily life. Toolroom: When you clean up your space, you can store your precious things in it! --Give full play to children’s creativity --Tens of billions of customized modes --No third-party advertising --No time limit or score ranking list contact us：support@xihegame.com 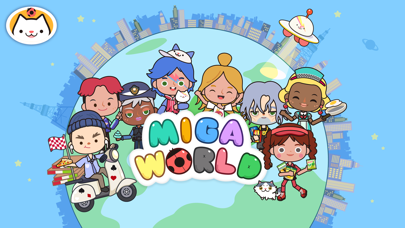 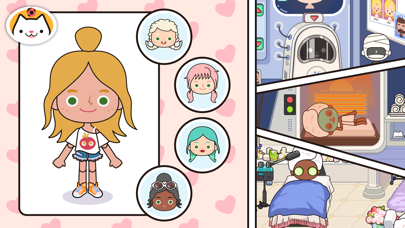 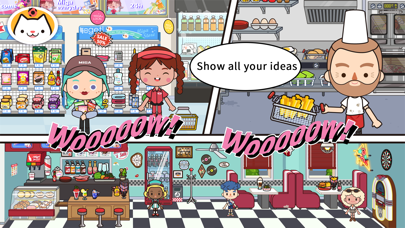 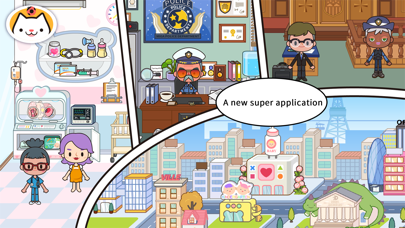 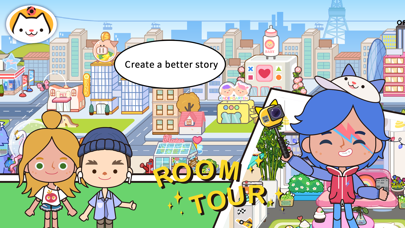 Rip off and coppy cat

Love but it costs so much money

You have to pay pay pay it’s horrible

I thought it would be better than toca boca world but it’s horrible if everything would be free it would be good but since you have to pay I don’t like it so if you want more people to play make it free !! Or nobody is going to like this game at all !!!’😡
By ta toe

How do you create a character

How do you create a character
By Khloe boitin

I love this game💕

but when will the next update come out?
By sindy maravill

Hi, OK I need to start this off with saying this game it’s not the best but the big thing is it’s copying Toca Boca. I love Toca Boca I’ve been playing it for so long and then I saw this game I was like OK cool so then I just was looking around for more stuff to do but like you can only get like 4 places!😭😭😭 !three out of the four places shut down my iPad.Also Toca Boca is just a really better game💜
By Neoaxdus

Dear developers, I believe your game can be really fun, but the only problem is that almost everything cost money. Can you PLEASE make more things free so people like me, who don’t want to pay for every little thing, can actually have fun playing your game. I’m not saying to make everything free, but to kind of even out what’s free and what cost money. Please take my comment in to consideration. Thanks😀
By yeeman speaks

🤦🏾‍♀️ where do i even start? So I downloaded this game out of PURE boredom not looking at ANY reviews i got in the game clicked on something and then it said buy the full game to unlock so i asked my mom she said oh honey you know you’re not going to play this game. I said ok 😞 so i clicked on another house or store IT WAS FREEE! And i was like bruh? When i clicked on it it was a plain house no furniture and we have to buy stores and stuff to get it and i was Very mad at the time so i asked my mom again she said honey no you’re not gonna play this so I deleted the game and now I’m sticking to toca world-the very very unhappy girl-
By lexa_Eli

Hi!! Miga is my favorite game! These are just suggestions and things I would like to see in Miga World. 1#I would like there to be more clothes shops because there aren’t many. 2# I would also like to see more pet related things like a pet shop.3# I would like there to be more baby’s in the game and also more baby items! 4# It would be amazing if there were more housing. 5# and also maybe a vacation like area. Those were some of my suggestions but if u aren’t able to do it is alright! Thank you for making this game!!💕💕
By Adds t

Give me more free stuff
By nia waffle