Bravonovel is a reading platform where readers can immerses themselves into the latest fascinating stories anywhere anytime. Unique Features: ● Select WHAT YOU LIKE: romance, sci-fi, mystery, comedy, action adventure, xuanhuan, wuxia novel... Download the app to find more! ● Stories are UPDATED DAILY! Never be bored with new addictive plots and new worlds!  ● Login every day to get FREE coins and read fictions for free! Comfortable Reading Experience: ● Full screen reading, different fonts ● Night reading mode ● Scroll to the next chapter. ● Automatically save chapters of reading history Join us and you can get: ● A starter gift and other FREE coins ● Recommendation of the novels to your taste ● Keep you up-to-speed with trending stories  Loved by novel fans all over the world: "Love this App! Perfect for novels!!","Great for any kinds of genre!", "Super easy to read, free, and plenty of great translated books. Overall great app for reading books!" 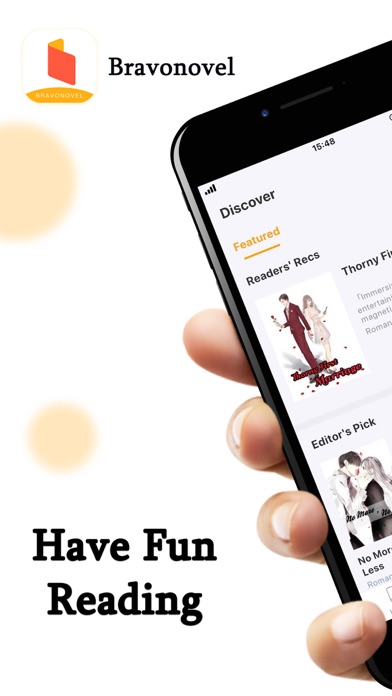 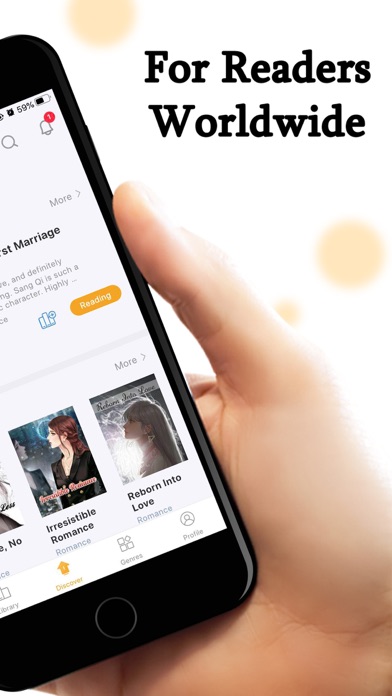 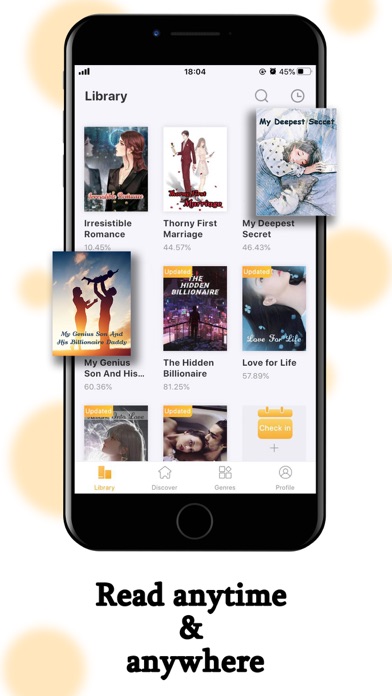 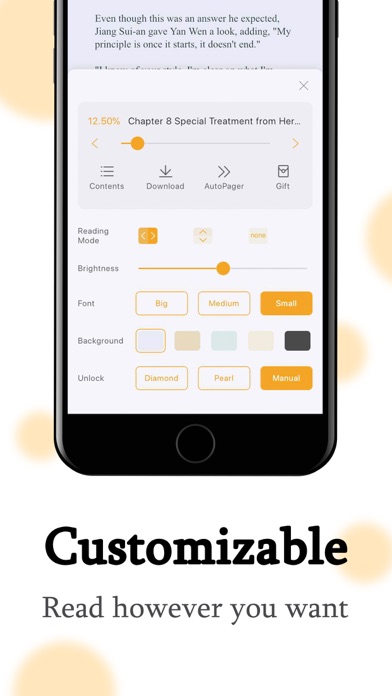 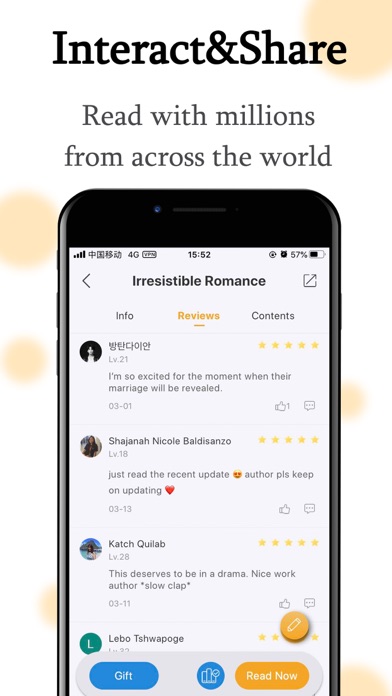 The book was good but I find this app to be too expensive to read. Irresistible Romance has more than 500 chapters and i started reading after the book was completed. The total cost was $60 just to read the book.
By Kialy1

I like the app, but the ads get stuck on the screen because the “x” to close them out is too far in the corner. Sadly it freezes the app on the ad and I cannot read on the app. So I have to use other apps to read. If this was fixed, I’d use the app a lot more. It’s simply frustrating when I check in and then cannot close ads (even when they are completed) to be able to read. PLEASE fix this issue!!!
By klairyberry

I used this app before and it was perfect no ads. Now almost every other page has adds. And it can’t be closed since I have the iPhone 12 the close button would be so close to the top cannot close. Have to close out the app and reopen if I want to continue. So annoying. Before it was smooth now it’s just about money for them
By Xjennifer

Her Bossy Yet Naive CEO

There was point the novel only had 786 chapters but suddenly increased to 800 chapters, does this novel ever end? Is there an option to purchase the entire novel instead of making a bunch of small purchases. Doesn’t seem fair to the reader. My profile says I have 200 pearls but won’t let me unlock chapters and keeps telling me to top up. I really enjoy this novel but I don’tappreciate being mislead. Sadly, I’m Not sure if I will continue to read books from this site/app if this is their standard.
By Tiffyyyyyyyyyyyyyyy

Not a very decent customer service, awesome app but the developers only want money and good reviews. I’m into the higher volumes of the novel and not only do they rip off with purchasing now you have separately pay for diamonds and pearls. You don’t get what you pay for and they quickly say NO REFUND! I’m not asking for a refund just give me what I paid for. Also they don’t honor their contract agreement I HAVE PROOF!!
By Elder Stallworth

Why was the title ‘life upside down’ removed?

I am giving 2 stars because the title i was really into was removed from the app. I want to know the reason or the timeline of the title returning. I even spend good amount of money on buying diamonds to read the title and now it’s gone 😕😡
By vk1907

The worst app. Doesn’t work as expected.
By SmartyRasor

So now I have to watch an ad to get my daily reward and also can’t get the bonus pearls for watching the three ads because they no longer pop up for me when I press watch ad. No to mention you can’t get your daily reward if the x is in the top corners because for some reason on iPhone I can’t press an x if it’s by my battery percentage or clock.
By trevorrayce

I love the app, was highly engrossed in a book call “A Life Upside Down”, to the point I was on this app reading it every single day for months straight, until it just recently got taken off while I was only a hundred chapters in and nowhere near the end, moving my review from 5 to 4 stars for not being able to get over my favorite thing to read for months disappearing.
By Luminary Echo