It’s never been easier to make your photos look amazing and turn them into treasured keepsakes. NEW Automatically colorize your photos Change up the colors in your photos or give black-and-whites new life with automatic colorization. POWERED BY ADOBE SENSEI* NEW One-click subject selection Automatically select the subject of your photo with a single click. Then easily apply an effect, or cut out your subject and add it to another photo. POWERED BY ADOBE SENSEI NEW Smooth skin automatically Make people look their best with skin smoothing. POWERED BY ADOBE SENSEI ENHANCED Guided Edits for next-level results Discover easy ways to make incredible creations and effects that you can customize to look exactly the way you want. Get step-by-step help with 55 Guided Edits, including 2 all-new options: • NEW Make unwanted objects vanish Put the focus on your subject by removing power lines, pedestrians, and other distractions. • NEW Add creative sparkle with patterns Give any photo a little something extra by adding a fun pattern. Brush on hearts, stars, and more to create a photo that looks amazing on printed cards, wall art, or social media. NEW Enjoy new Auto Creations B&W Selection, Pattern Brush, Painterly, and Depth of Field effects are automatically applied to your photos and delivered to you in the home screen, and there’s always room to add your personal touch. POWERED BY ADOBE SENSEI NEW Order photo prints, gifts, and gear (U.S. only) It only takes a few clicks to create and order prints, wall art, mugs, phone accessories, office gear, and more with the new Prints & Gifts service right inside Photoshop Elements. Choose from over 140 options.† NEW Find videos faster with auto-tagging Just like with your photos, the Organizer adds Smart Tags to your videos based on subjects like sunsets, birthdays, dogs, cats, and more. It also it recognizes people in your videos so it’s easy to tag them. POWERED BY ADOBE SENSEI Faster performance and expanded HEIF and HEVC support Experience speedier performance for everyday tasks. Also, import and edit HEIF photo files and HEVC video files. *Adobe Sensei is the technology that powers intelligent features across all Adobe products to dramatically improve the design and delivery of digital experiences, using artificial intelligence and machine learning in a common framework. †Prints & Gifts service is available in the U.S. only. 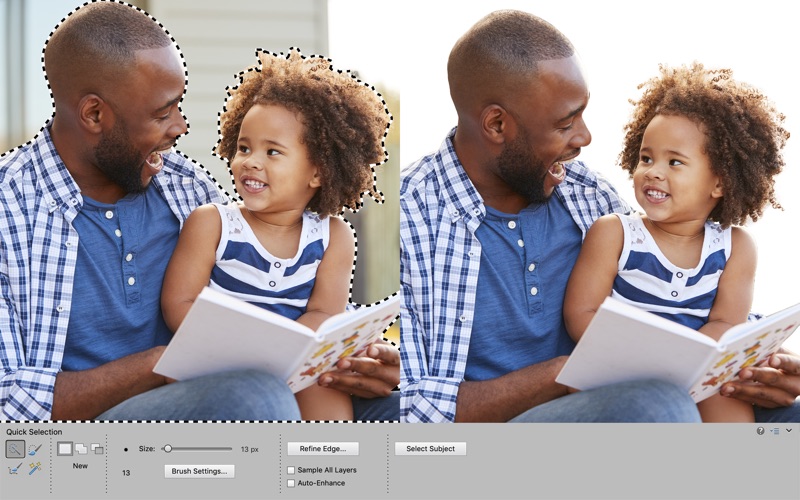 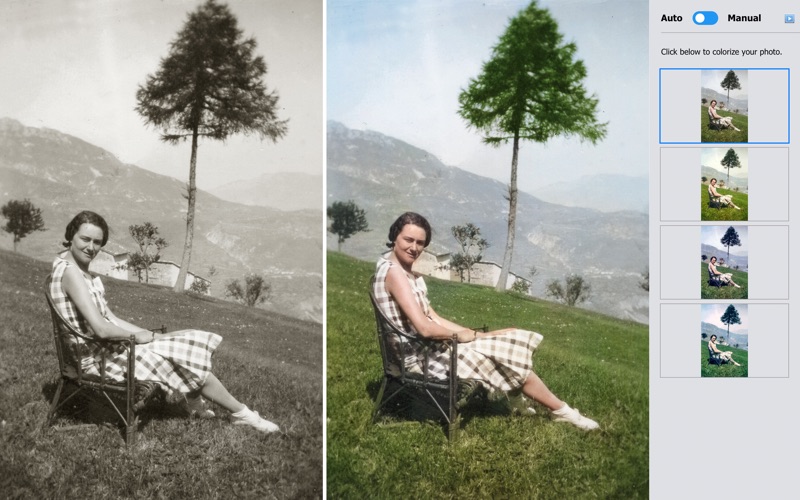 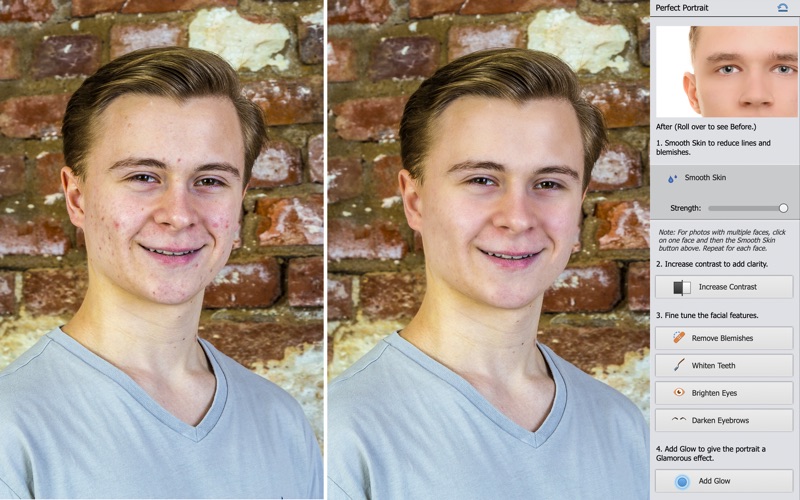 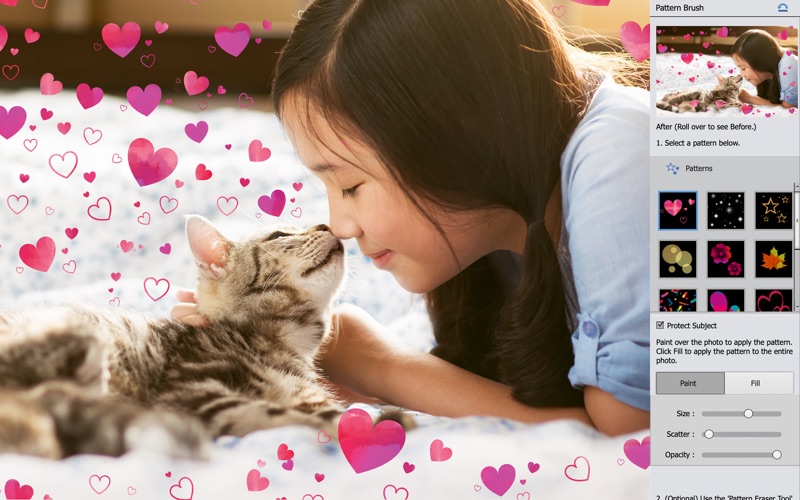 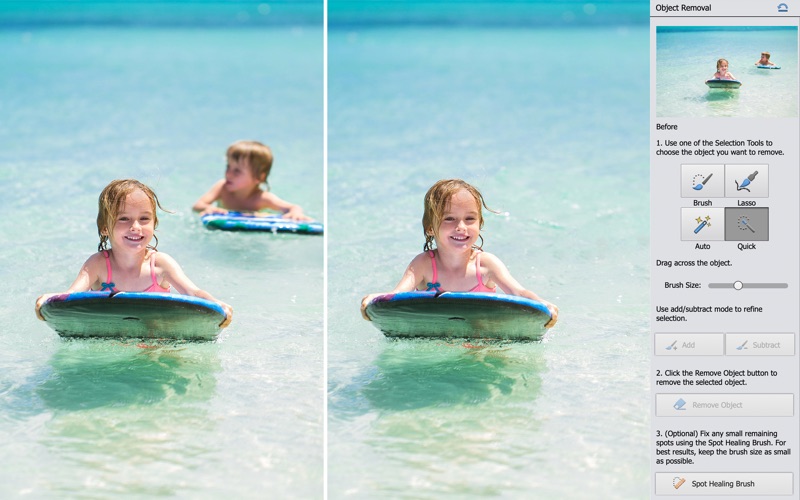 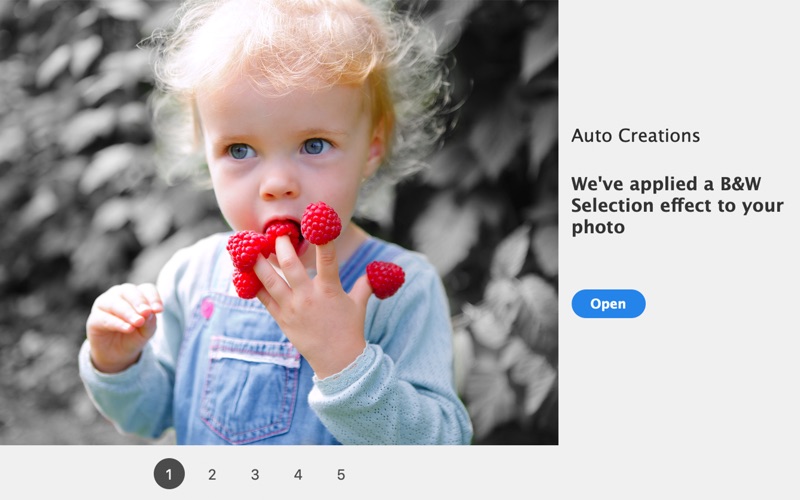 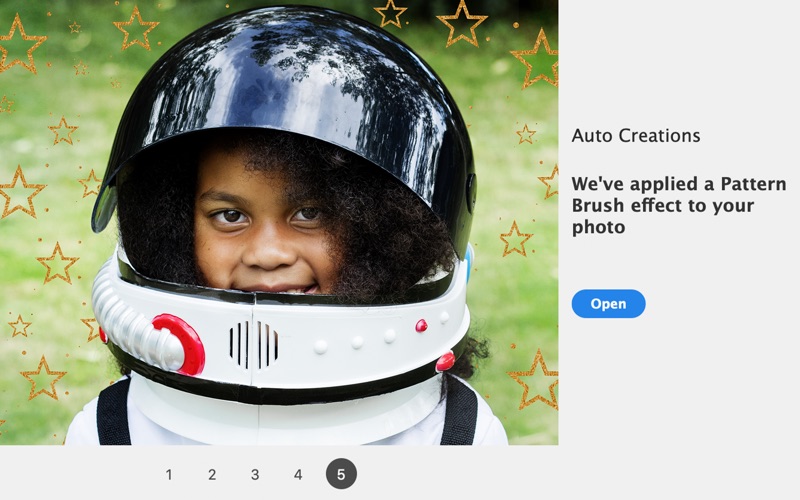 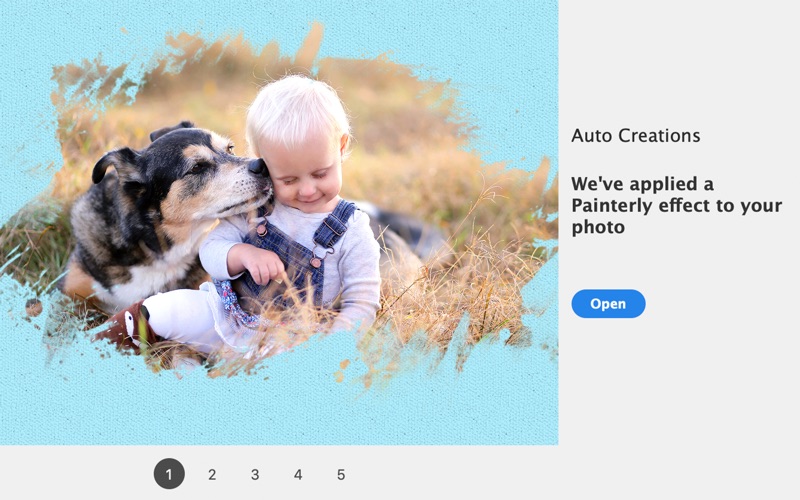 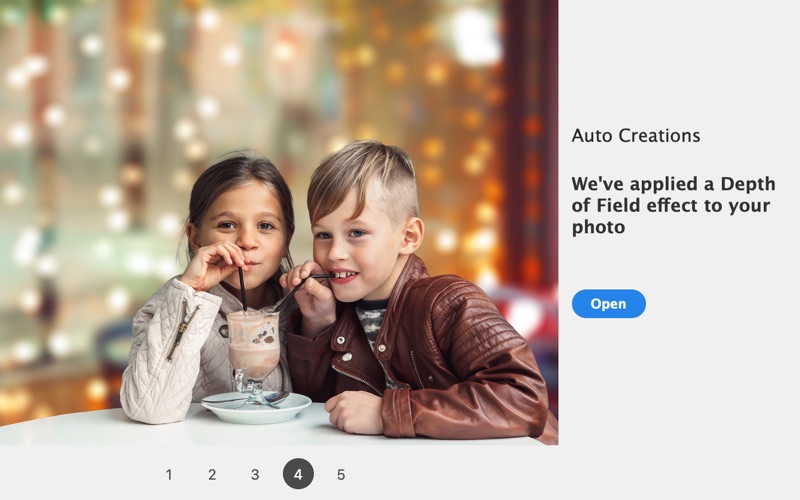 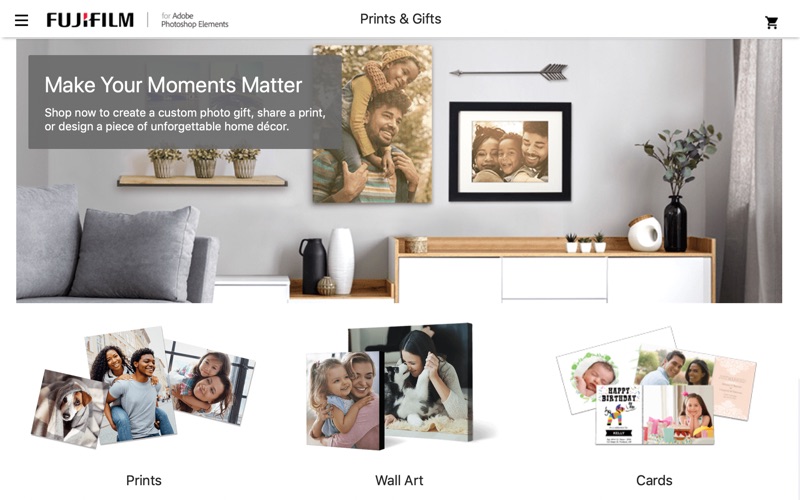 May I have my money back?

If you are new to the Mac version like me dont waste your money. I thought it was gonna be easy as the PSExpress app for mobile devices but i was wrong. Very unhappy im never gonna get my 100 bucks back. Whatever.
By Jedidiah Jackson808

im just getting into photography, and was extremely happy to order this. after i paid i could not install the app, i went to customer service and they said they couldn’t refund me because i dont have an account… how can you make an account when the app will not install. So im at a complete loss, would not recommend this for anyone.
By Trash1001ee

The vile Adobe has had Apple to remove my first review. Adobe is a very dishonest company and lies about their software. The festures they show in the App store only work if your purchase the full Photoshop and not Elements. Then there is this stupid worthless home screen. I want to go straight to the editor not some screen for children. And they lied to me sayimg I could get a refund through Apple. Apple will not refund and said Adobe will have to refund me. LIARS.
By grmduh

The app seems to work just fine UNLESS you want to organize your photos. Despite selecting photos on my harddrive the app looks to the TimeMachine and then you are unable to connect the photos. This problem seems to have been out there for a while based on what I am finding in attempting to research a solution. The only alternative is to have my photos on an external drive so that TimeMachine does not back it up. That is unworkable if you want to preserve your photos. At what point is Adobe going to address this issue. Do you not want Mac users to use your app???
By Gzzzmo

Making it part of the Mac

I realize some people are complaining because this version of Photoshop is the MAC App store version. There are some variations from Adobe's version which is not part of the Mac App store. I can live without those few features. The benefit of getting this from the App store is that I don't have to do any upgrading myself. I set it on automatic update and never think about it again. I also have had no bugs of any sort. I used to use first Photoshop and then Photoshop Elements straight from Adobe. But I get wooed away by the thirty buck pixelmator program. I only came back to this when I saw it in the app store. It is a great program and I use it every single day. I am so glad it is not fighting my Mac and that the app store takes care of everything. I also needn't concern myself with serial numbers, activation and all that other nonsense. I have gotten to the point that I much prefer buying apps from the app store and let my Mac handle the rest of it.
By carolirvin

DOES WHAT IT'S SUPPOSED TO DO!

I'm not sure about some of the complaints that reviewers have voiced concerns about, but for me Elements continues to do what it was supposed to do. One person complained about the new "home screen", but I figured out how you could by pass that screen and open up the editing screen directly without almost zero difficulty. So it can be done. I've been using Elements since version 6, and this app still does everything it did back then and with most of the same ease of use. I'm not a professional artist or photographer, but I am a hobbyist. I use elements for cleaning up and recoloring public domain comics, and comics that I myself have scanned. I'm creating a digital version of my own personal collection. Elements works fine for what I do, and I've gotten pretty good over the years at "recoloring" pages and covers. My biggest beef with Adobe is that back when version 6 was produced there was a plug-in I could buy that allowed me to increase or decrease the brightness and colors (Red, Green, Blue) that is no longer available. This plug in was very useful, but unfortunately the company that made it went out of business. I really wish they made a version of this plug-in or included something like it in the future. One more thing, I only bought this version on the App Store because the 2019 version I bought at Walmart last year wouldn't activate because of the stupid anti-copying/theft procedures used by Adobe on their physical copies. Even when I went to their website and followed all of their directions to the letter, I still couldn't get the program to work properly. I spent $99 on that version and never used it because all I got was "this is a trial version" error, please go to their website to buy the full version. I was ripped off, and for that reason I deducted a star on my review.
By Mac*Fan56

Lots of automation, but not what I need

I was looking for an alternative to a monthly Photoshop subscriptionl, but this app falls short for me. Lots of automated functions, but the task I did so easily in Photoshop (compiling multiple photographs into a plate for easier viewing) is really a challenge. Looks like the app is good for somethings....just not the one thing I need.
By ckburke

Promises but fails to deliver.

yeah it sort of works, but I was hoping to replace the essential features of my non-working Photoshop CS5 to get on with my occasional work. This thing is buggy, some common tools are missing and the printing 'features are non-intuitive and downright stupid. I"m jjust going to have to learn the workflow of a great App, Affinity Photo, avialable here in the store for $50 Major regret. Can I get my money back?
By sir_cube

This version of photoshop is frustrating to use. It wants to be the product with bright and fun menus but comes off as tacky and childish. Basic functions of photoshop are missing or you have to have a roundabout way of accomplishing something they solved in the mainline version. It works but you have to work twice as hard to accomplish anything. The developers need to stop thinking their client base needs to pay for an annual subscription or settle for a poorly designed clunky mess.
By Matt is angry

so many bugs! so disappointed!

i am so disappointed that the app has some huge bugs! use the organizer while timemachine kicks off (which it does regularly) and the organizer app might get confused and start referencing the timemachine backup. the solution per the support forums? turn off timemachine. yet literally no other app has this problem, so why is this necessary? why is not prioritized to be fixed? its apparently been this way for over a year. and now i'm getting prompted to do my first backup, but every time it starts the application crashes. unbelievable! this time the support forums have no recommendations that work. also, you want to try running this in a virtual machine via VMWare Fuzion? you can only do that in safe mode since the software that integrates with the virtual OS from the host interferes with the app. one day i might use the photoshop part of this app, but i really wanted the library. also, this is a new Mac Mini that i just got a couple of weeks ago. how is such a large application get out into the wild in such a state? baffling.
By ameritrash