A new puzzle game from the makers of Angry Birds! Welcome to Thornton Grove, an idyllic hamlet far from the hustle and bustle of the big city. Life is simpler here. The people are friendly, the atmosphere is laid back – but something sinister is hidden just under the surface. A recent string of bizarre crimes has broken the silence in this serene country town. It’s up to aspiring mystery writer Nora Mistry, to unravel the truth. Investigate the scene, follow leads, and narrow down the suspects to find the killer! Every crime is a puzzle… To get to the bottom of these mysterious crimes, it’s going to take a keen eye for detail. Play levels and use a detective’s intuition to unravel matching puzzles and uncover hidden objects in the crime scene. Find clues by solving matching puzzles – just match three or more items to clear them and finish the level. Then play detective – use the clues to interrogate suspects, and solve the mystery once and for all! It’s a long story… Meet friendly townspeople during your investigations, each with their own story. Team up with Deputy Shanahan, the lovable but slightly hapless sheriff's deputy. Chat with Mrs. Musgrove, a matronly innkeeper who has lived in the area for decades and knows everyone’s dirt. Meet plenty more colorful characters over the twisting, ever-growing story! But be careful – everyone is a suspect. In Small Town Murders: - Solve puzzles to collect hidden clues and solve the mystery! - Put your detective skills to the test in match-3 puzzles. - Match 3 or more items to clear them. - Play tons of levels! - Meet colorful townspeople. - Swap gossip for juicy leads. - Work as a detective to solve the case. - Investigate crime scenes to find clues. - Interrogate suspects to uncover the truth. - Unravel the mystery! - Enjoy the adaptive music system that reacts to the twists of the eccentric storylines! ----------------------------- Need some help? Visit our support pages, or send us a message! https://support.rovio.com/ ----------------------------- Small Town Murders is completely free to play, but there are optional in-app purchases available. Terms of Use: https://www.rovio.com/terms-of-service Privacy Policy: https://www.rovio.com/privacy 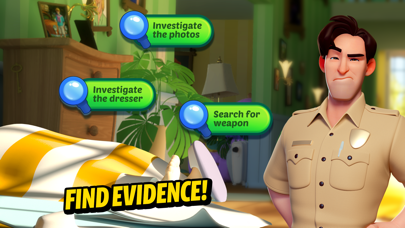 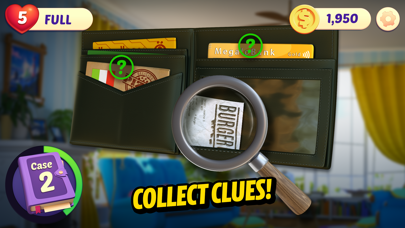 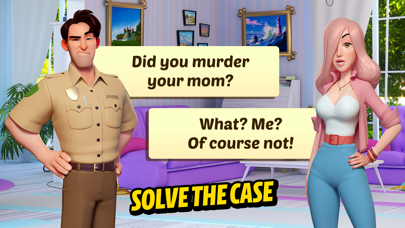 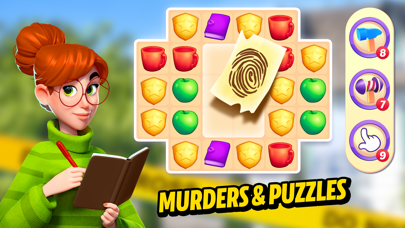 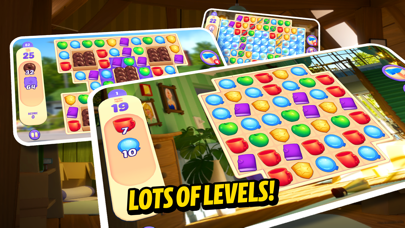 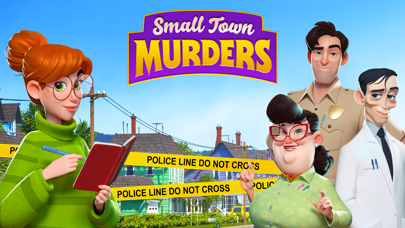 First, some of the grammar in this makes me cringe. I have found soooo many errors. Nora doesn’t need to loan a blouse she needs to borrow a blouse. And “you seen this?” makes my skin crawl. Now back to the worst part. The creators of this game only want to make money, not have a huge following. It costs $900 to play on and you only win $50 per most games so it is literally impossible to play this for any length of time without having to buy expensive packages. I blew through $21,000 in coins (cost me $35) after only playing this for 1 hour. I told myself when that money is gone, I’m done. So now the story isn’t done and I’ll never know who did it and why but I don’t even care. This game can be more expensive than a car payment at that rate and it just isn’t worth it to me. You could make it easier and cheaper and have fans for life but instead you’d rather have a few fans paying a lot for a little while. So I’m out you greedy losers. Good riddance!
By YAY4TODAY

This was the worst thing ever
By ihavealeapordgeckonamedbuddy

Hints need to be optional

The artwork is good, but the game tells you what move to make. What is the point of playing if the game is going to tell you what to do?
By natordog

Fun game but I deleted it.

It is a fun game with cute little mysteries. However, I deleted because I could not get past one of the super hard levels. I used everything I could to try and win and ended up with no money, no boosters, and still did not get past that level. It is disappointing that you also can’t earn more boosters more frequently than when you reach the end of a case.
By Della2041

I love this game. Very addicting. A little different from other match 3 games in that you find clues to as who may have committed the crime.
By Pawsforgoldens47

I really love this game but I tried to watch the ad for free gift and when I get to the end the game freezes and I can’t get the reward!
By Deli Mama

Fun game. I downloaded cuz I love puzzles and mysteries however after I finished the first mystery, though, I realized that the puzzles were getting harder and for more random things. Like I had to play a puzzle to eat sandwich or play 3 puzzles to see if I saw someone moving inside a library. Overall, great game, just wish it wasn’t as random in how I play my levels.
By LegalZebra

I’ve only been playing this for a couple of months and have already gotten to the end. When will more levels be added? How will I know when some have been added?
By doodle971465

I’m on level 552 and every time I start to play, the app closes in the middle of play and I lose a life. I had that happen once or twice on previous levels, but now it is consistently preventing me from playing. I have tried restarting, deleting other apps, etc. I hope that the developers fix this issue ASAP. Otherwise, this is a fun game. Some levels are harder than others, but if you have some patience and luck you can get through them. The story adds something extra to your typical gravity game. Overall, good for a free app. I haven’t spent any money on extras and find it to be accessible.
By at5678912340

Need to a Daily Bonus

Until then I am done. Impossible to beat some levels without it and gets tedious.
By Tkaylor