The timeless classic FINAL FANTASY CRYSTAL CHRONICLES returns more beautiful than ever before, with numerous new features including online multiplayer and cross-platform play. Quest together with your friends, whatever platform they play on! Step out into an even wider world of adventure together! --------- 【Play up to 13 dungeons for free!】 ◆Free to play content; ・Single play up to the end of the first in-game year (three dungeons). ・Online multiplay for up to four players up to the end of the first in-game year (three dungeons) along other free version players and full game owners. ・Cross-platform functionality lets you form parties with players across different platforms. There's more! If the host of a multiplayer game has purchased the full version of FINAL FANTASY CRYSTAL CHRONICLES Remastered Edition, guest players with the free version will also be able access up to 13 dungeons! ◆Full game content; In addition to all the content available in the free version, the following elements can be unlocked by purchasing the full version of FINAL FANTASY CRYSTAL CHRONICLES Remastered Edition: ・Solo play in all dungeons ・Online multiplay in all dungeons ・Unlock high-difficulty mode for dungeons after completing the main story. *Save data can be carried over from the free version of the game. 【Game outline】 ◆Embark on your journey to seek the precious drops of myrrh… Choose from one of four different tribes, each with their own unique abilities and attributes and create a character to join your Crystal Caravan. Your team of adventurers will journey to seek out drops of myrrh, a precious liquid needed to save your village from a poisonous gas, the miasma. ◆An action RPG where working together is key! Never stray too far from the Crystal Chalice that protects the life force of your caravan, especially when the chalice bearer must set it down to aid in battles! Synchronise your spellcasting with that of your comrades, to combine your powers and cast more powerful spells! Explore the vast world with your trusty Moogle companion in solo play or join with friends in multiplay to form a party of up to four intrepid adventurers. ◆Multiplayer action across different platforms In addition to online multiplay, you can also take advantage of the cross-platform functionality and journey together with players on home console systems! Break down the barriers and head out into an exciting world of adventure together! ◆A whole host of exciting new features Now remastered with numerous new gameplay elements! ・Online multiplay allows you to journey together with far away friends! ・Cross- platform play breaks down the barriers so you can enjoy multiplayer action with anyone. ・Additional high difficulty dungeons and bosses to unlock after completing the main story. ・New character variations for all tribes. ・New “Mimic” mode that allows you to bear the likeness of other characters that appear in-game. ・New equipment and enhancement items added. ・New recordings of theme songs “Sound of the Wind” and “Starry Moonlit Night” and narration by Donna Burke ・Newly recorded character voiceovers in English for the first time! ・Includes new BGM and remixes of classic tracks. [Minimum Requirements] iOS 13.0 or higher Incompatible with an iPad mini 4   *Some devices may not run this application smoothly, even if meeting the above requirements. Please check the device you are using before downloading. 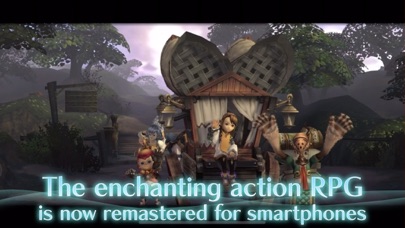 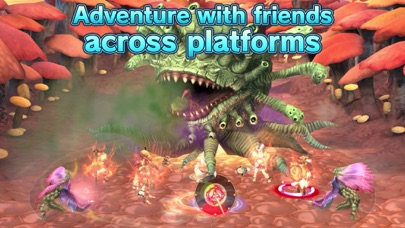 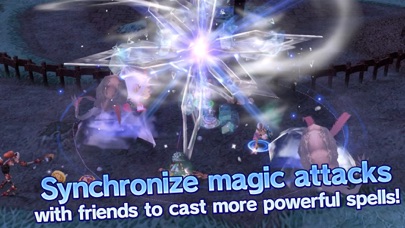 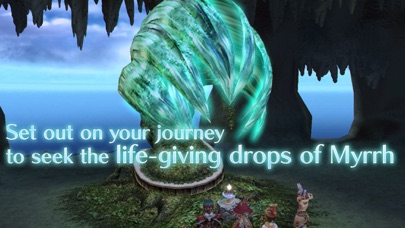 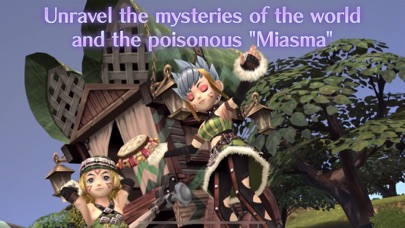 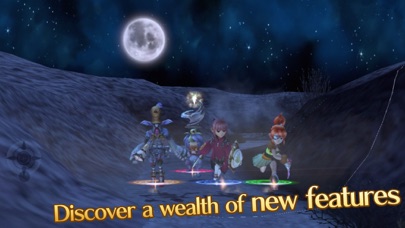 Lols this game is ported over from the GameCube in all its adorable glory, but without controller support or local multiplayer. Guess I just won't waste my time with it then.
By Mitokens

I’m kicked off during multiplayer every time I get any kind of interruption (phone call, text, notification) and it says it’s reconnecting but never does. Waited an hour just to see how long it would go for. Needs work ASAP
By nice_dood

Just what the title says, horribly laggy and no controller support. Unfortunately unplayable as is.
By MattyClutch

Grew up with this game and I love it to death, but the intro about about made me wanna give this a 1 star 😑 Please make a skip option
By Ghhedftyffgggggh

I played this game originally and loved it. I’ve been so excited for months to play this game and that it was available on iOS.. I’m disabled and haven’t been able to afford the new consoles because of medical bills. This game was originally designed for a GameCube controller so I figured of course I’d be able to use a controller with it. Only to find out it’s impossible and the controls on the touchscreen are so horrible and have me so far behind my roommate on PS4 that it’s nearly unplayable. Even the rotating menus are a pain as you can’t swipe them you have to emulate a controller for them. The opposite of intuitive and as a long time final fantasty fan(played every game since the original on nes) and avid player of Xiv I expected more from square. Very disappointed. Don’t waste money on this. Not worth it unless they add controller usage.
By Sumlina

The game is very redundant in the way you need to just avoid an attack and counter attack to kill everything and the controls are horrible. The game is very boring doing the same dungeons over and over so you can get enough stats when you get stuck on a level because the enemies are too strong. Final fantasy crystal chronicles rings of fate was so good when it came out for DS and I was expecting this remaster to be similar to that. Don’t waste your money on this trash
By TristanFoSho

It’s really unfortunate that players can abuse being AFK in runs and still reap the rewards at the end. There’s also the problem where a player would take the chalice and hide in a corner. There’s absolutely nothing you can do to make them drop it.
By Selling Hugs

Now wait a minute I paid $40 for this game on ps4 and your telling me it’s free on the Apple store? Fudge this game company bro that’s dirty
By Black_mage1692

If the game treated multiplayer in the same way that Borderlands or Diablo does, then it would sell better.
By Dimoné

1.Great Graphics. Well done. on that improvement. 2.You also added Japanese voice actors awesome 3. And the speed time is a lot better. You all are doing great. Forget the lazy negative people with no income to themselves. They always have something bad to say. Keep up the good work.
By Dr.JustinBrown