Step into the exciting world of farming with Farming Simulator 20! Harvest many different crops, tend to your livestock of pigs, cows, and sheep, and now ride your own horses, letting you explore the vast land around your farm in a brand-new way. Sell your products in a dynamic market to earn money which you can invest in additional machinery and the expansion of your farm. In Farming Simulator 20 you take control of over 100 vehicles and tools faithfully recreated from leading brands in the industry. For the first time on mobile platforms this includes John Deere, the largest agriculture machinery company in the world. Drive other famous farming brands such as Case IH, New Holland, Challenger, Fendt, Massey Ferguson, Valtra, Krone, Deutz-Fahr and many more. Farming Simulator 20 features a new North American environment in which to develop and expand your farm. Enjoy many exciting farming activities, including new machinery and crops with cotton and oats. Features of Farming Simulator 20 include: • Use over 100 realistic vehicles and tools from some of the biggest agriculture machine makers • Plant and harvest different crops: Wheat, barley, oat, canola, sunflowers, soybean, corn, potatoes, sugar beet and cotton • Feed your cows and sheep to produce and sell milk and wool • Take care of horses and ride on them to freely explore the world around your farm • New 3D graphics show even more detail on your machinery and the Northern American environment • Cockpit view lets you drive in your vehicles in an even more realistic way than before 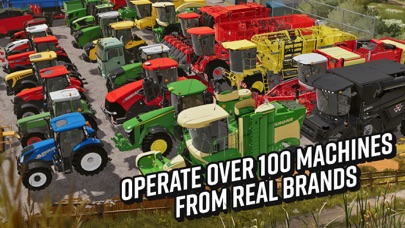 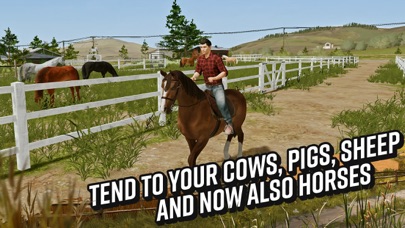 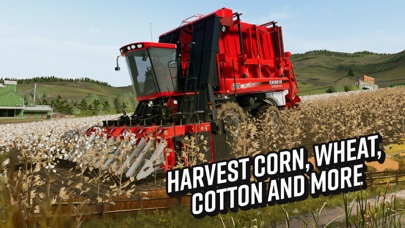 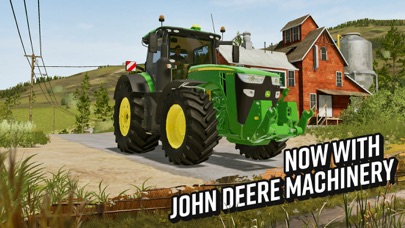 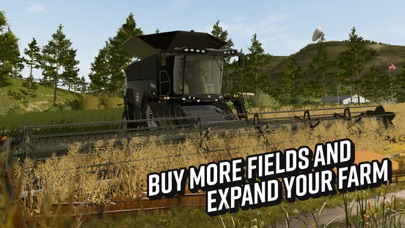 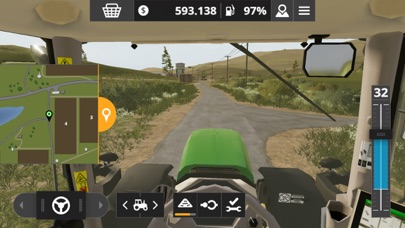 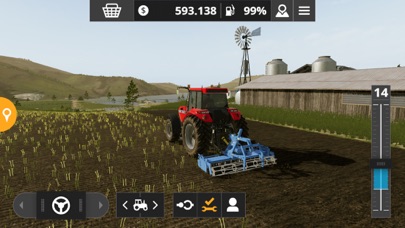 When I first saw it, I didn’t know how good it was. When you play, the graphics are amazing, there are lots of tractors and things to chose from. This is a massive step up from the previous version. I love the game. Although it may not work really good on slower or older devices, because of the really good graphics, the game is amazing.
By TheProOf2018

Farming Sim 20 Is the BEST GAME EVER!
By jdjdndjdjjdjdjdj

In every iteration of the FS mobile games, there’s been a really structured set of equipment that has improved along with the graphics and various other features. But we always have three combines. No more, no less, and there are always different kinds of them. Not a bad thing, but I would mind a few vehicles repeated along with new ones so we have more variety. I also would like customization options for equipment when you buy it, such as dual wheels, tracks or no tracks, etc. Still a wonderful game though!
By W00dr0w!

Nothing less from GIANTS software. It’s really similar to FS 19. The graphics are gorgeous, and the gameplay entertaining. It’s fairly new so it does lack some features. I think people would be interested in being able to walk around instead on being restricted to the vehicles and other things like being able to farm trees. Overall it’s a great game and I definitely recommend getting it.
By GamerSahil12345

Plz, game has so much potential. I just think it’s weird that a game that’s new only has better graphics but not even the same things to do like in previous years. If you guys could please add forestry it would be much appreciated, thankyou!
By uh yaaaa

Best game ever by Tucker.

The only way I could ever find out how much they do for the kids are so cute I am a great guy but they have a good time to be with him because he has to go back and he will never get the money to pay 💰 his time and I cannot is a really nice game I don’t want him and he doesn’t like the person he wants and he is so cute I just got a good person to him I love them so I can tell him I don’t know how munch he gets them to do them and I cannot was a little hard but he didn’t have any good stuff and I just want them and he was so good I just want them and they just want me back to play with me.
By do you YNT

Over all good game but not as good as 2019 but that was expected for being on such a small Device, wish the controls weren’t so touchy / need more settings.
By tyler uitermarkt