Don’t know how to make fun videos? Don't worry! Tons of creative and interesting templates are waiting for you in Hi Video. We got a wide variety of topics such as magic, love, birthday, holiday and so on. They are created by talented designers and regularly update weekly. 1. Forecast function: do you want to know what it looks like after 50 years? Do you want to know what kind of children you and your partner will have in the future? Do you want to know what you look like after degeneration? Here all can help you achieve your ideas. 2. Effect Video function: easily have powerful super powers such as releasing flames, freezing etc. You can also become a superpower without video editing. More powerful effects will be updated regularly. 3. Art filters: Come and generate your own artistic image. Feel free to switch between cartoon, oil painting, sketch style and other filter effects to make your photos more stylish and distinctive 4. Album function: imagine putting a desktop video editor into your iPhone. That’s what Hi Video does--Simple but powerful. Just 4 step to create wonderful videos you’ll love to share: 1) Choose the video template that suits you 2) Add your picture 3) Save your video 4) Share on Facebook, Instagram, Twitter, WhatsApp, Youtube & more Often experiences phone crashes or accidentally close a video without saving? Get Hi Video! Every time you create a video, it automatically save in “My work”, which prevents losing your work when the unexpected happens. Have a feature request you would like to see in a future version of the app? Do not hesitate to contact us at applepd@unbing.net Have fun! *Subscription package： a weekly subscription a monthly subscription an annual subscription *Your free trial subscription will automatically renew to a paid subscription unless auto-renew is turned off at least 24 hours before the end of the free trial period *You can cancel a free trial or subscription anytime by turning off auto-renewal through your iTunes account settings. This must be done 24 hoursbefore the end of a free trial or subscription periodto avoid being charged. The cancellation will take effect the day after the last day of the current subscription period, and you will be downgraded to the free service *Account will be charged for renewal within 24hours prior to the end of the current period, and identify the cost of the renewal Private Policy:http://d2mc5ym5rdpwy6.cloudfront.net/html/VideoPrivatePolicy.html Terms of use：http://d2mc5ym5rdpwy6.cloudfront.net/html/VideoTermsofUse.html If you have any questions, please contact us in time Email :applepd@unbing.net 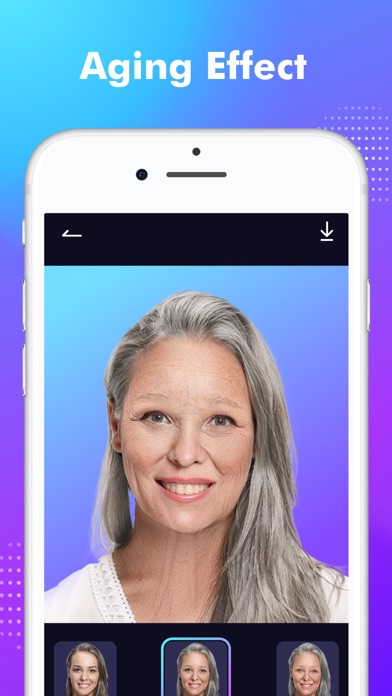 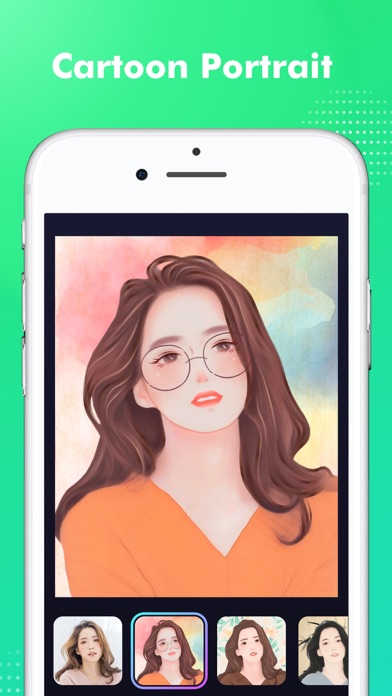 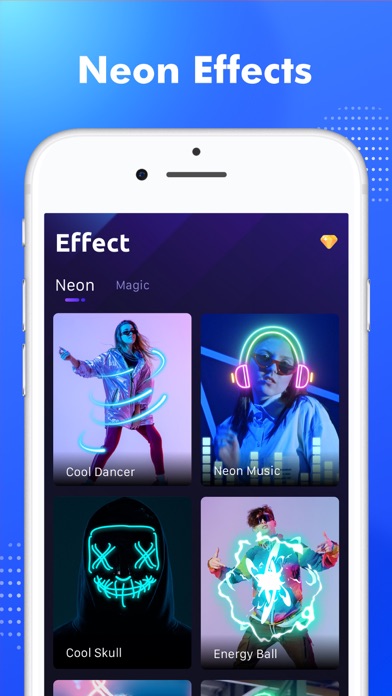 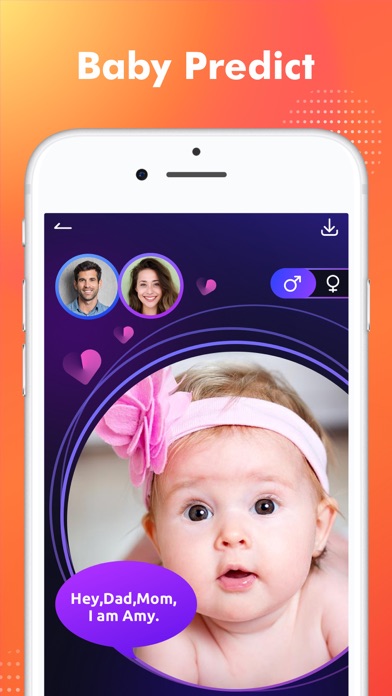 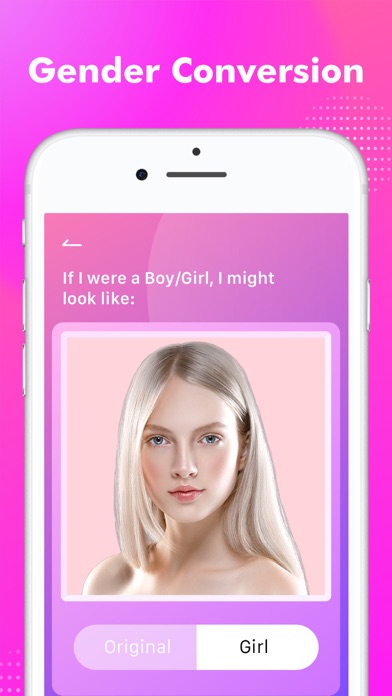 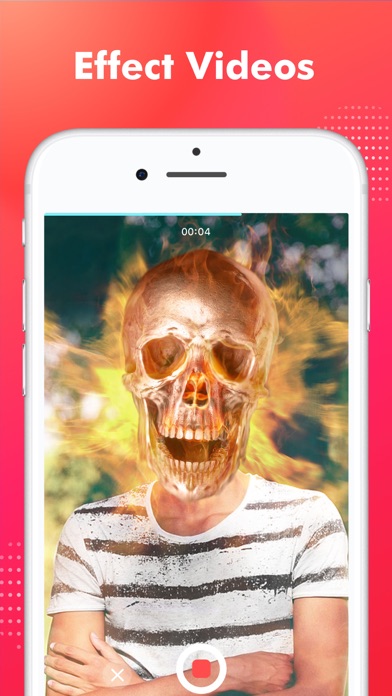 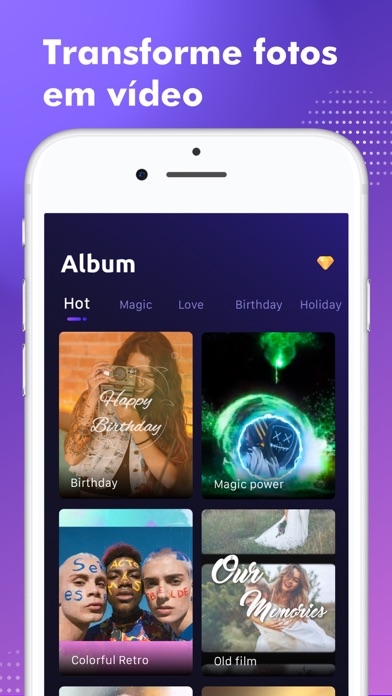 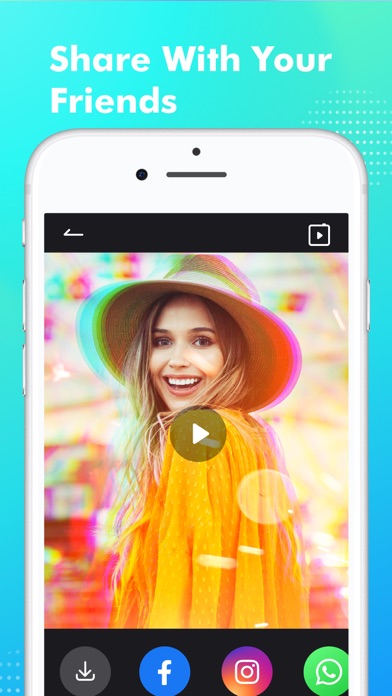 Didn”t even bother opening it after reading the reviews. I hope they don’t charge me anyway. I hate these apps that scan you into subscription and it is impossible to cancel.
By Ari R.1

Don’t download it’s trash you half to pay for EVERYTHING, this is the worst app, don’t buy anything, or better yet, DON’T DOWNLOAD IT! 0 stars if I could!
By Evil bread

I AM SO MAD I LITERALLY GOT ON AND IT MADE ME PAY, ITS A TOTAL LIE THE PICTURES DONT WVEN MATCH UP AND GUESS WHAT I HAD TO USE ALL MY BIRTHDAY MONEY I SAVED FOR MY BIRTHDAY AND I HAD TO PAY MY PARENTS BACK. ILL NEVER FORGET THIS THIS SHOULD OUT OF BUSINESS U TOTAL SCAMMERS! ☹︎☠︎︎♲︎⚠︎︎ Ȗ̈ J̑̈Ȇ̈Ȓ̈K̑̈S̑̈ G̑̈Ȇ̈T̑̈ Ȃ̈ N̑̈Ȏ̈N̑̈ S̑̈C̑̈Ȃ̈M̑̈M̑̈Ȋ̈N̑̈G̑̈ L̑̈Ȋ̈F̑̈Ȇ̈!̑̈
By hfiyfihcjgcjgv

you have to buy the premium to PRACTICALLY USE THE THING. MONEY HUNGRY
By dat one caleb

It does not say it cost anything until after it is to late!
By Chargeyou

My 11 yr old downloaded this app and thought it was stupid. He deleted it from his phone and then I get charged $85 for the dumb thing!! Absolutely ridiculous!!! He had no idea he signed up for anything!! I wish I could give this app negative stars!!!
By mad momma 28