Own the hottest new bar in the galaxy! Welcome your guests with all kinds of drinks. - Unlock CRAZY THEMED BARS for vampires or bunny people - Welcome VIP CLIENTS - Sell TONS OF DRINKS - Upgrade your bars to MAKE MORE MONEY Would you become the best manager in town? VIP Membership offers a weekly subscription for $7.99 after a 3-day free trial. After purchasing this subscription, you will immediately unlock: all ads removing, permanent X2 revenue, 1x VIP floor for each world and exclusive skins for bouncer, bus and bar building. This is an Auto-renewable subscription. The payment is charged to your iTunes account after confirmation of purchase. Your subscription will be renewed unless you turn it off at least 24 hours before the period ends. Your account will be charged for renewal as well. Subscriptions may be managed by the user and auto-renewal may be turned off by going to the user's Account Settings after purchase. See below links for more information. Policy - http://rubygamestudio.com/privacypolicy.html Terms of Use - http://rubygamestudio.com/subscription-terms-drinkinc.html 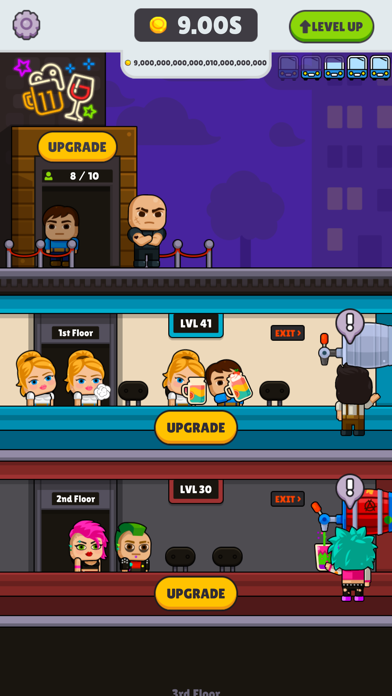 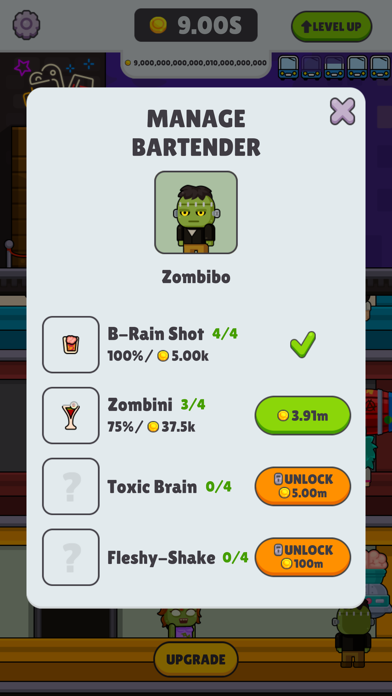 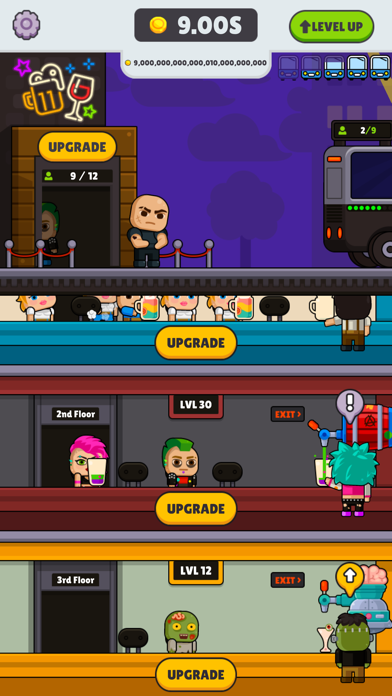 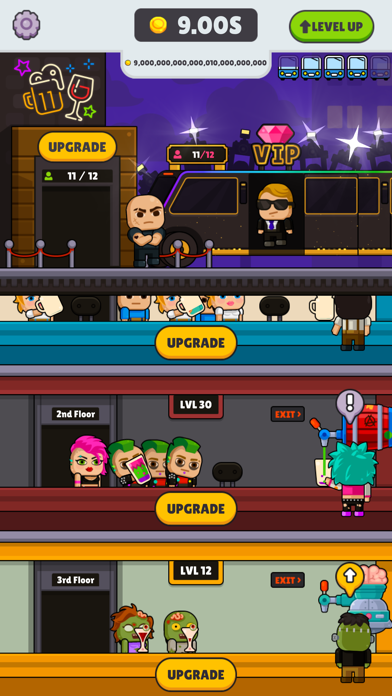 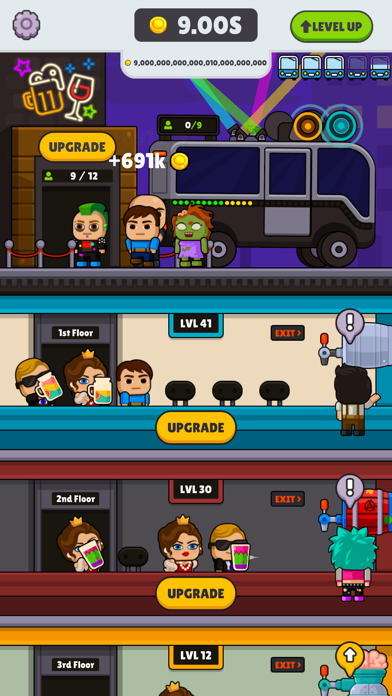 This game has way too many adds and is super boring!!!
By Esenar89

Great game! But I think you should have it where the customers order different kinds of drinks, like the ones that you level up too and not just the top drink.
By jalliscered

Insane prices for in game currency. Insane amount of ads both forced and voluntary. Really greedy devs.
By Celasha

No levels open I’m maxed out
By whythare

I think it needs some music!

It needs sound
By ghujjy

It’s not the game that was advertised. In the advertised video it showed people showing their IDs to the bouncer. I was under the impression that I was going to be a bouncer because in The advertisement said” can you be the best bouncer?” Or something like that. It’s just one of those tycoon games. I’m very disappointed.
By addy_979

You have to watch an ad for everything.
By l8 Nebos