We bring new experience in storytelling and help to inspire. Download Fónts and stop being boring! Take care of your eyes – use DarkMode! Features: *DarkMode – take care of your eyes at night! * We support Instagram, Snapchat, Facebook, What’s Up, Telegram * Customize your storytelling and impress your followers using 15+ custom fonts * 3 languages supports: English, Arabic, Russian * Support iPhone 5 and greater * Intuitively design, even simpler than calculator * Tap and hold space to switch language * Tap globe to use DarkMode * Tap globe to next KeyBoard * Regular premium fonts updates * No advertising for premium users Great fonts variety. Try new experience in social media. The app contains the following subscription options: - Weekly for $7.99 - Free trial subscription is automatically renewed unless cancelled 24 hours before the renewal - Free Trial for 3 days - Any unused portion of a free trial period, if offered, will be forfeited when the user purchases a subscription to that publication - Subscriptions may be managed by the user and auto-renewal may be turned off by going to the user's Account Settings after purchase Privacy Policy: https://customfontslab.wordpress.com/policy/ Terms of Use: https://customfontslab.wordpress.com/terms-of-use/ 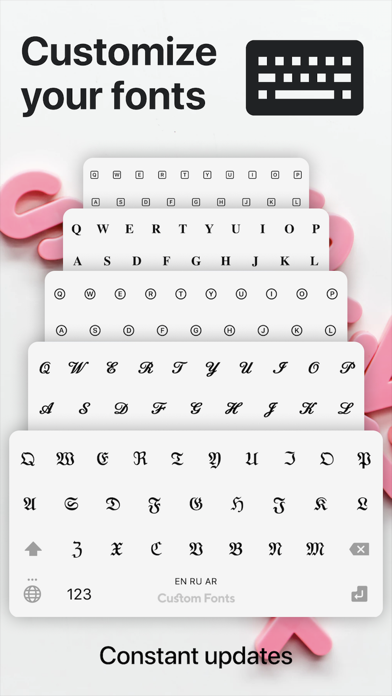 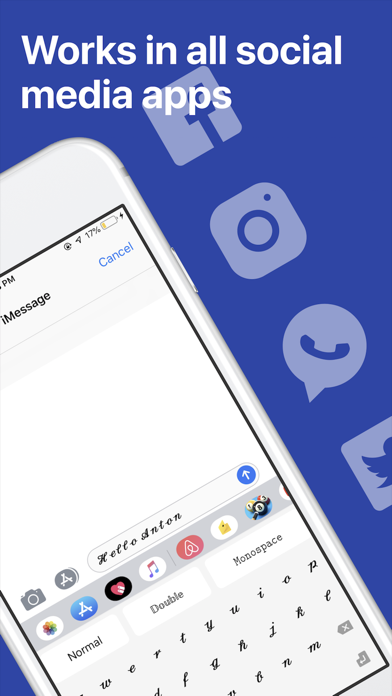 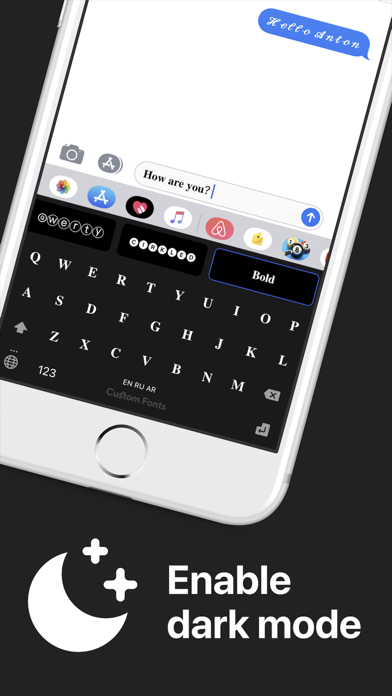 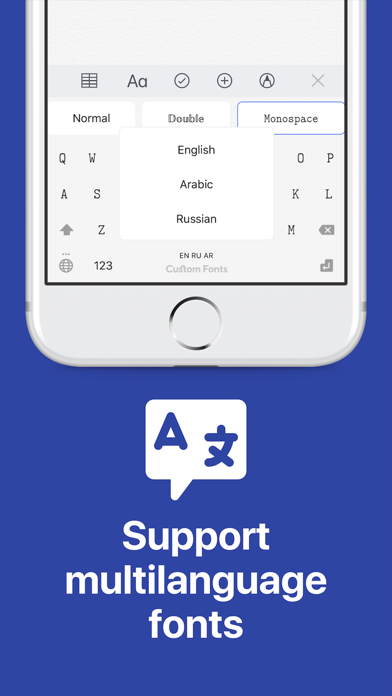 I was charged for app/ app was not ever used

I was charged for this app that I have never used. I only knew I had it because of a charge email when I cancel (unknowing I had it. My credit was denied) I have never used this app. Please credit my account!
By 1disaponted

The PlayStation is Sony's most-profitable division but a lack of direction in a subscription model and cloud streaming could be its undoing in the long-term. | Source: Photo by CHARLY TRIBALLEAU / AFP) The Sony PS5 console could be priced higher than the PS4. An expensive console could spell the death knell of the PlayStation line. Microsoft and others are busy working on delivering console-quality games to smartphones at much lower costs. This is going to be an exciting year for gaming enthusiasts as the console generation is all set for a change with the likes of Sony and Microsoft coming out with their latest hardware. Both companies have already given gamers a good idea about what to expect from the next PlayStation 5 (PS5) and Xbox Series X this year. But don’t be surprised to see Sony shoot itself in the foot with the PS5 this time around. The Japanese giant could end up ceding its gaming supremacy to not just the Microsoft Xbox Series X, but to other deep-pocketed rivals as well that could force it to bring an end to the PlayStation line. Sony’s Big PS5 Mistake Sony recently pointed out that it is finding it difficult to price the PS5 console. But the grapevine indicates that the PlayStation 5 could turn out to be Sony’s most expensive console ever as it will reportedly cost $450 to manufacture as per Bloomberg’s estimates. IHS Markit estimates that the PS4 – released nearly seven years ago – had a bill of materials of $381. That console was eventually launched at $399. This means that Sony didn’t make anything from the sale of the console itself if we factor in other costs such as marketing. And now that the cost of making the PS5 console has reportedly jumped over 18% thanks to costlier parts, one can expect Sony to price the new PlayStation at around $500. That could be a bummer for Sony and very well mark the end of the PlayStation console line. The reason I’m saying this is because the gaming market is evolving beyond consoles and a potential price hike from Sony could end up killing the PS5. Microsoft is moving to cloud streaming while Sony is worried about the price of the PS5. | Source: Microsoft Microsoft, for instance, is already looking past the console. Its Xbox Project xCloud – which is currently in the preview phase – is allowing gamers to stream more than 50 Xbox titles on their Android smartphone or tablet using Wi-Fi or mobile data. Microsoft says that users can stream console-quality games straight from the cloud to their handheld devices without any waiting time. What’s more, the software giant will continue to add more titles to this platform.
By Kimmers 13

Remove please and don’t charge me again
By Frankielayne

I think this was amazing because it doesnt work
By MXNocknamewizard

Like, there no way to even text this app? They want $9.99 a WEEK?! That’s ridiculous. This is a scam right here.
By Charles Rockhill

At first I thought this app could be a nice and amazing app to use with a various types of fonts and keyboard but it doesn’t let me even try to see how it works and if I like it. It tell me to subscribe their membership for $9.99/week which ridiculously expensive loke it’s literally $40/m for just fonts. I can get this fonts for free on some other apps. At lease they could’ve had limited access with free or have to try it for week or month like any other app would do. I don’t want to pay right way without knowing if this app would work for me or not. I couldn’t believe at first but wow, I don’t think they are helping their customers. I don’t need an app like this. No thank you. I will take my business somewhere else.
By Awesome Rebtel

Not worth it!
By keelmork