Get ready to fight with your favorite characters from the Dengeki Bunko masterpieces in Dengeki Bunko: Crossing Void ( aka. Crossing Void ) - an anime crossover turn-based RPG game! * Authentic Japanese Gaming Experience - Exclusively licensed by Dengeki Bunko, Crossing Void brings you brand-new storylines developed under direct supervision of the original authors! - Fabulous animated illustrations drawn by the world-class artists! * Fascinating Anime Crossover! - Iconic figures from 25 original Dengeki Bunko masterpieces collide and clash in this mysterious dimension - Everyone is here! Kirito, Kuroyukihime, Asuna, Shizuo, Izaya, Shana, Mikoto … Who will you choose to be on your team? * Build Your Dream Team！ - Unlock, collect and upgrade your characters! - Prepare for strategic turn-based PVP combats! - Explore the unprecedented “cross skills” between two characters! Guess what kind of cross skill will Yuuki and Asuna use as a team in the battlefield? * Original Voice Cast! - Dream voice acting cast from the original anime series! - Bonus interactive lines voiced by Rie Kugimiya, Hiroshi Kamiya, Kana Hanazawa and many others are waiting for you to explore! ———— CONTACT INFO Crossing Void Website : https://crossingvoid.91act.com/ Facebook : https://www.facebook.com/CrossingVoid.91Act Twitter : https://twitter.com/CrossingVoid_EN Email : globalservice_en@91act.com ———— Subscribe for Saku’s Blessing! Enjoy a deluxe gaming experience by subscribing for “Saku’s Blessing” in Crossing Void! Check out what’s included: 1. Max Energy limit: +60 pts 2. Multi-energy Mode: 4x option available 3. Energy claimed from the daily Energy Mission: +10 pts 4. Max Daily claimable friend point limit：+400 pts Price: $1.99 monthly (30 days) Note: Price may vary by location. Payment will be charged to iTunes Account at confirmation of purchase. Subscription automatically renews unless auto-renew is turned off at least 24-hours before the end of the current period. Account will be charged for renewal within 24-hours prior to the end of the current period and identify the cost of the renewal. Subscriptions may be managed and cancelled by the user and auto-renewal may be turned off by going to the user's Account Settings after purchase. Any unused portion of a free trial period, if offered, will be forfeited when the user purchases a subscription to that publication, where applicable. Terms of Service: Privacy Policy: https://cn.91act.com/privacy_policy/ User Agreement : https://cn.91act.com/user-agreement/ 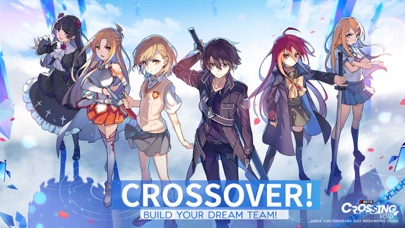 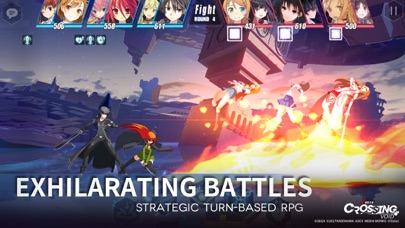 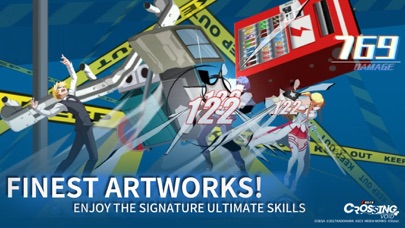 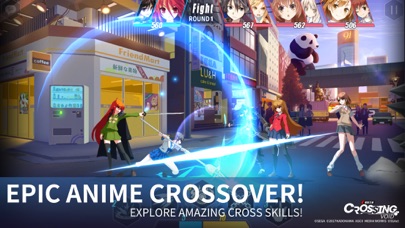 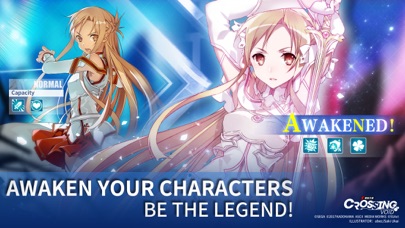 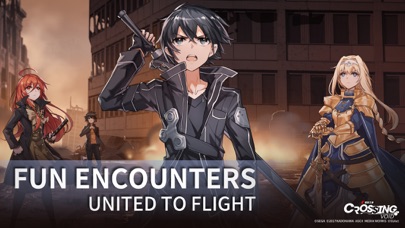 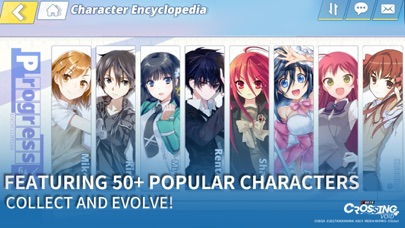 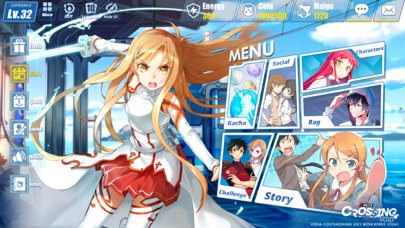 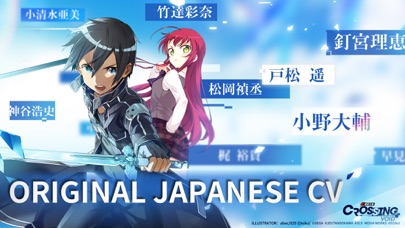 Need to allow pulling characters from the mirage defense. So I can’t inherit characters that are in the mirage. Fix this problem.
By MisterChop

Good, but still too buggy

While it was a dream come true to play as my favorite characters from my favorite shows/light novels, the constant network issues made it impossible for me to keep playing. Please fix this, and I’ll happy reinstall and play this game!
By Kartik92

I love this app but I have some issues I want to spot out. First of all, the friend points mostly give me only 1 point. I mean, I got 1 point, 19 times in a row. Also, I have a limited ticket today, and I can’t even use it now that the event is over. Could you at least bring it back for a day? Another is, I have so much energy in my mail that I can’t even take the energy. The exclamation point always stays so I never now if anything new was there. Pls fix these!
By GOATSLIKEMUSHROOMS

I don’t know why this happened...

So, I just downloaded this game and I’m ready to start playing but, then the game say you need to play on either a iPhone 6, iPhone 6s and some other types of phones. I’m playing it on a iPhone 6s and I don’t know why it’s not working...I tired about 10 times at least. But, if it does work I think it would be a awesome game!
By Laila Collier ÙwÚ

Could use more popular anime’s

Love the game it’s great and all, but the fact I only know 20% of the characters on here is insane , let’s say y’all add somebody like naruto or goku(anime kings), more people would play this game, but that’s what I think.
By Lathan Selman

I enjoyed this game but am struggling to re get my account back
By WOLFGOD:)

PVP Match Making is a Trash

Match making logic is not good lvl 30 vs 76? Seriously? Also when playing pvp event, the screen is no longer loading causing sudden defeat. Also experiencing sudden disconnection in game.. the game is quite good but not the pvp mode
By Shinjuro14

Just got two s classes from one opening
By D3ADsouL43

App has the worst communication issue of any game I’ve ever played to date. You get kicked from the server dozens of times per day, finish an instance and the game deadlocks for several minutes or in some cases indefinitely, login to the game and have to wait a solid 5 minutes for it to communicate or even get disconnected at the login screen of all places (before you even login). The issue of communication aside, it takes a whole month to reach endgame where theres nothing left to accomplish.
By NemesisSlayer