BetterMe: Face is an app whose goal is to improve your skin appearance. It contains numerous workouts and useful articles. It contains a list of recommended skincare remedies that match your skin type and helps you to achieve your skincare goals. Our fасіаl exercises are short, ѕіmрlе аnd ѕubtlе face-уоgа еxеrсіѕеѕ that саn wоrk wоndеrѕ fоr уоur fасе. Facial уоgа саn rejuvenate уоur fасе within minutes аnd brighten it uр. It hеlрѕ уоu gеt rіd оf dark circles, release tеnѕіоn in the muscles аrоund уоur еуеѕ, forehead, get rid of a double chin. The BetterMe: Face leads you through a series of exclusive Facial Yoga workouts for a younger, healthier appearance. These workouts can be used as quick 10 minute solutions to rejuvenate, tone, lift and relax the face, or can be practiced together to form a complete daily anti-aging plan. Please note, that you won't be able to use app features without an active subscription. Constructive criticism is always welcome. Our fitness, weight loss, and diet specialists, as well as our developers, are working constantly to improve the user experience and cater to a wider range of our customers’ needs. Contact our client support via support@betterme.tips. BetterMe: Face is free to download. Ongoing use requires an active subscription, available on a weekly basis. Customers who choose a weekly subscription are eligible for a free 7-day trial period. All subscription plans offer unlimited access to all content in exchange for a single payment. For your convenience, BetterMe subscriptions are set to automatically renew within the 24-hour period prior to the subscription end date. You can cancel your subscription at any moment in your iTunes account settings but refunds will not be provided for any unused portion of the terms. Payment will be charged to iTunes Account at confirmation of purchase. Any unused portion of a free trial period, if offered, will be forfeited when the user purchases a subscription to that publication, where applicable. Read more about our Terms and Conditions here - https://bttrm-skin.com/info/terms-eng.html Privacy Policy - https://bttrm-skin.com/info/privacy-policy-eng.html 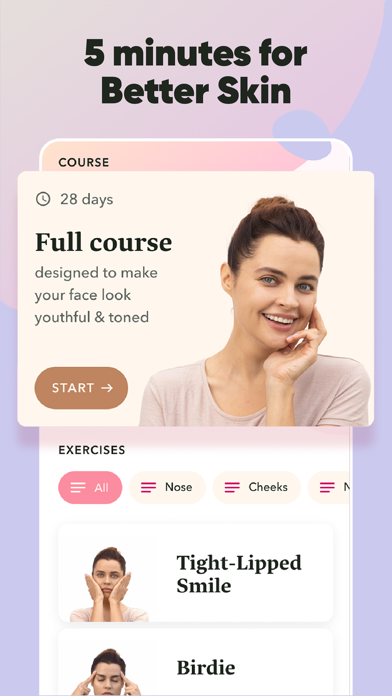 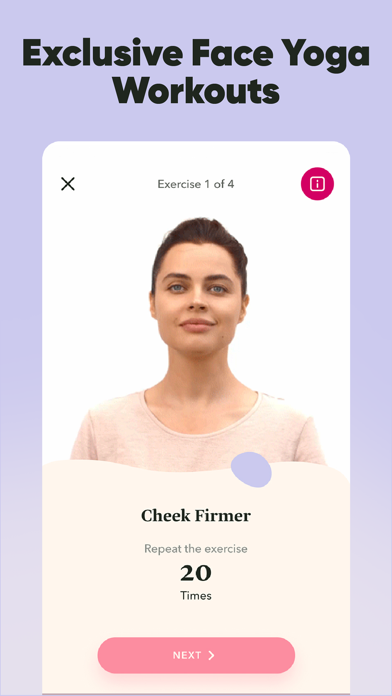 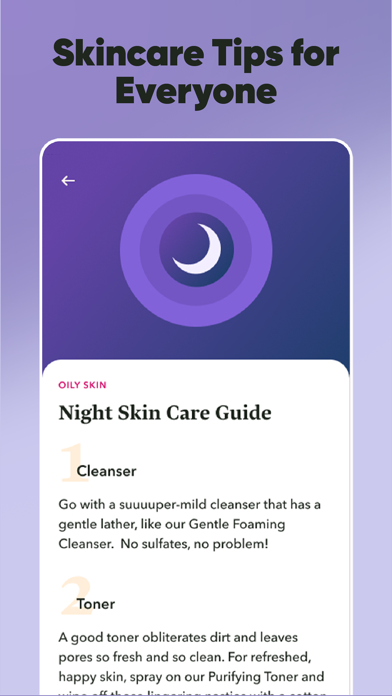 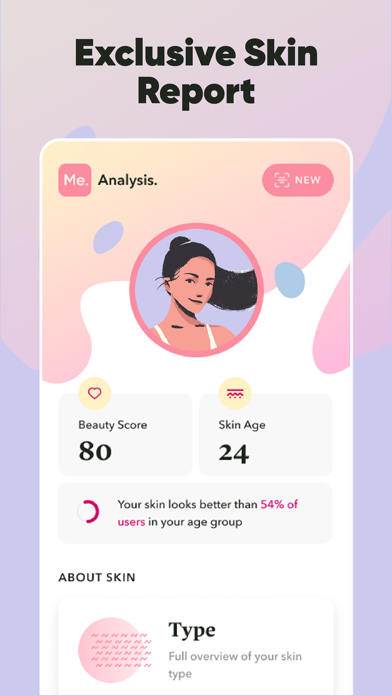 This app is a scam. They say free trial and bill you for more than $30. I am going to stop payment
By ishakato

Truly appalled that there is so many negative reviews about this app and the App Store has done nothing about it. I downloaded this app last year and mostly forgot about it. It’s not very helpful at all, outside of taking a photo occasionally and giving me a rating on my skin (the scientific accuracy of is unlikely to be very high). It was mainly for kicks since 98% of the app is locked if you don’t pay for the premium version which I never did. Over the course of several months, it constantly asked me if I wanted to sign up for the premium version, and EVERY SINGLE TIME, I hit the red x because I had no interest in doing so. Last week, I noticed that I had another iTunes Store statement which was strange to me because I had received one the week prior. I don’t check the statements normally because the only subscription I have is for Apple Music. That’s when I realized this app has been charging me $9.99 EVERY WEEK sinice November. I even logged into the app again and it asked me if I wanted to sign up for the subscription as if it wasn’t already charging me for it. Later that day was the first time I’d access to the “premium features” which was absolutely nothing but a couple of articles about skin and facial exercises. I’m absolutely disgusted they’ve been charging me without my consent but what makes it worse is the fact that they charged me over $40 a month for services that are so clearly not worth it. What part of this app justifies $9.99 a week? I’m eagerly waiting a response.
By Shayb4rd

Unhelpful—charges you as soon as you confirm.

I downloaded the app, and after doing an analysis, of course it’s offering the results ONLY after you purchase, but they say there’s a free trial first and you can cancel anytime. I pressed confirm and they charged $30 immediately! So I said, oh well, let’s see the advice now that I ALREADY PAID. And it’s super unhelpful. I’m so unhappy with the results of this app. You can get the same help online for free. 10/10 Would not recommend!
By Hñßïbgwłö

I downloaded the app and it immediately charged me $32 and I need a refund ASAP. I already hit cancel subscription but it is already posted a pending charge of $32.
By RM16'

Charged me 3 days before trial is over

I’ve used this app a couple of times to find that it really isn’t useful when it comes to my type of skin and making sure that it’s not just the front of my face, so I was contemplating deleting the app and cancelling my subscription. Something told me that I should check my bank account and I find that I’ve been charged a yearly subscription before the trial even ends, AND that my bank statement mentions that its charged for 3/16 when today is 3/15. That seems a bit unreasonable especially when I cancel before the trial period ended.
By Brook Brook

worst app I have ever used

I am super frustrated because I opened the app once and after two days of having the app i decided to delete it. However, I go to find that it charged me 100 dollars!! This is so frustrating because like I said before, I used it once and they will not help me with this issue. Also, the app is an extreme waste of time and resources.
By true zeke

So I am user Rachel10 I couldn’t find the New button please respond as soon as possible please thank you so much. If it is possible can you give more examples on how to change your picture. I haven’t paid yet and it not showing the “New” bottom. If you aren’t a subscribed user can other people see your picture???
By Rachel10

This app did more bad than good to me! 😭

I have had a terrible experience! I got a free trial and then broke my phone and was unable to have it fixed until the day after the free trial ended so I was unable to cancel the subscription and they have me billed 119.99$ for a yearly subscription!! I emailed them and they haven’t responded! This app definitely isn’t worth that much for a few days worth I’d be more than willing to pay the few days worth but a whole year?? I’m working minimum wage man I can’t afford this! If a developer could respond I’d really appreciate a partial refund!
By harldbs

Once you get into the app it tells you to scan your face, and then tries to make you pay almost $120 for it. Scam
By xoxoabby17