Are you ready to become the most legendary Mafia Boss? Since the death of our Old Godfather, the Family has been missing a strong leader, one that can unite all the mafia gangs. You must find and recruit talented individuals from all corners of the underworld society, ranging from thieves and mercenaries to athletes and businessmen, to strengthen your crew. Fight, dominate and become the criminal mastermind who can take over the whole underworld! [Game Features]: ◎Take Over the Underworld◎ Players will need to take on the law and battle other players to control the cities they reside in. Businesses will be up for grabs. Citizens seeking a better life will look to you as their savior. You will entice models and celebrities to join your life of crime with your dashing looks and mysterious charisma! ◎Lots of Thugs to Choose From◎ There are many different types of thugs within the game. Bruisers, Hitmen, Bikers and Mortar Cars are all at your disposal! Each type of thugs have their own stats. You will need to upgrade your loyal minions and choose the formations of your crews wisely. There will be times when you need to be aggressively offensive, times when you need to be overly defensive, and then there will be times when you need to have stealth on your side! ◎Tons of Faction Events◎ Once you have joined a Faction, you will be able to take part in numerous weekly and seasonal events. Want to take over the local government together? Want to clean up the streets of any unworthy punks who want to criticize your reign of terror? Stay tuned for various cool competitions! ◎Customizable Strategies◎ Every player will be able to develop their criminal empire differently. There are different skills, stats, characters and upgradable content within the game, which require your attention to strategy to individualize your army with fully-fledged mechanics. ◎Construct, Invest and Date◎ How will you prioritize the development of your criminal empire? Will you take over local businesses? Invest in the right strategic upgrades? Improve the look of your Turf, so that it strikes fear into your enemies? Perhaps you’ll just make everyone around you jealous by dating all the local hotties when they realize you’re the slickest crook in town! ◎Different Styles of Fighting◎ This game offers various types of battles. Sometimes you will need to choose your special characters to tackle harder opponents. At other times you will have to organize massive Crews to invade the turfs of other players. There are both interactive and idle battles to choose from! ◎Worldwide Online Tournaments◎ You won’t be alone in this pursuit to live a life of a Mafia Boss! You will compete with players from all over the world to reach the top of your criminal career. Will you join forces with them to form a Faction, or meddle in their operations to take them down? Who will become the next godfather? Your actions will determine your fate! Subscription Rules: 1.Subscription length：Validity: 30 days 2.The subscription will be automatically renewed after the last valid day. Subscription can only be canceled manually. 3.Your iTunes account will make charges when you confirm your subscription. 4.After subscribing, you can end the subscription service you purchased in account settings. Terms of Service:https://www.yottagames.com/article/terms_of_use Privacy Policy:https://www.yottagames.com/article/privacy_policy Official Facebook: https://www.facebook.com/111488273880659 Official Line: @thegrandmafiaen Official e-mail: tgmafia@yottagames.com ●Tips ※ The app is free to download. There is some paid content available via in-app purchases. ※ Please pay attention to your gaming time and avoid addiction. ※ The content of this game involves violence (attacks and other bloody scenes), strong language, game characters wearing clothing of sexual characteristics. 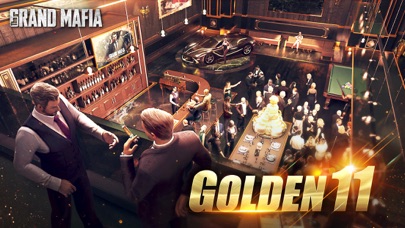 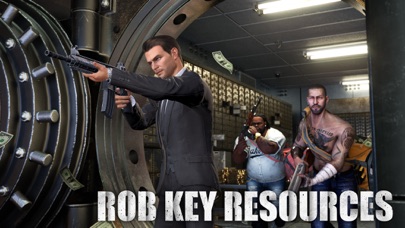 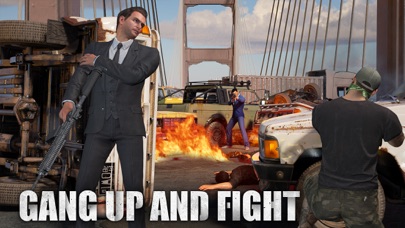 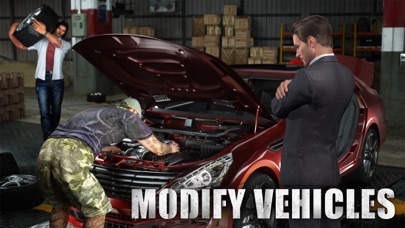 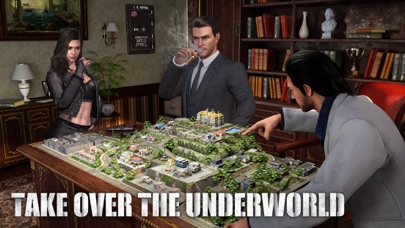 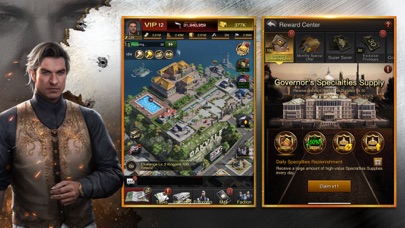 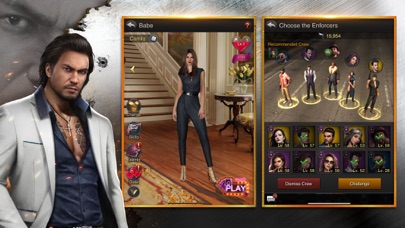 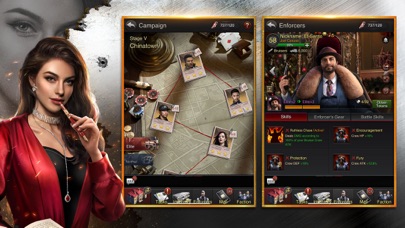 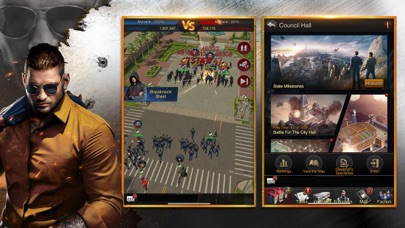 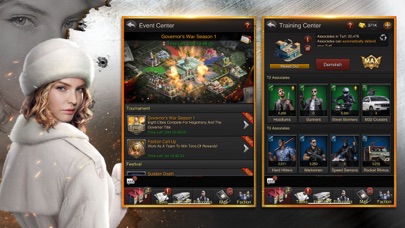 this last update was the worst and totally made my character, basically, useless! 1. there are not any notices for MASSACRE DAY! now, if you have the pleasure of being with a large faction and the influence is over 300,000,000 or more, you are pretty safe and don’t care about notices. HOWEVER, if you are not, i am not, you are getting TORE UP because you were not told. No one is going to be on this game 24/7 just to make sure you don’t get attacked because the GM or whoever isn’t sending notices out. We just had Massacre Day on Thanksgiving that no one was informed about and, another one today, that no one knew about either. I find it fishy that i can not get anyone to answer me either! 2. the babes...🤦🏾‍♀️ olivia, the first one, is the ONLY ONE THAT IS NOT TRANSPARENT! the second one, is out of control. you can see her naked breasts and her stomach is see through. the third one is a floating head and arms. the fourth one is head, shoulders, arms, and feet. luckily i have not unlocked the fifth one, but, i can see her silhouette and know that she does not have legs. just a floating top half. 3. the only thing that i have been told is to update my game, but guess what, sherlock? i am using the UPDATED version. unreal. and no, i do not want to hear that “it’s a war game” crap. sadly, these changes have made me rethink any more purchases and gameplay. just unreal. not happy. 😡
By a s hodges

How do I get my NFT?

I’ve met some Amazing people playing this game. Love the grind of it all. Please add a landscape mode.
By Mr sucío

Game starts off strong, and that you can be competing for free. Then it cuts construction down and tries to make you spend money. Garbage game.
By Mark G II

Bro I love this game! To all new players I HIGHLY recommend this game!
By Colton andrew Kurtz

This game constantly has issues with it acting buggy I can’t renown load this game
By lukeabc123$!

Would be nice if…

Just recently downloaded the game. Started off great, loved it. Created a faction, had a full roster, still having fun. Go to bed for the night, wake up about 10 hours later to find that during the time I slept I lost control of my faction for “being gone too long.” Lost control of my faction because I was sleeping! Ridiculous! Okay, moving on. Made a new faction, another full roster. Went to work for an 8 hour shift. Unable to get on the game during that time. Finally able to get on after shift only to find I lost control of my second faction for the same reason! What gives!!? I put a bit of money into the game already to help the factions I made, only to get control ripped away from me because of either a basic human need to sleep, and a responsibility to my job! Bull crap! Needs fixed ASAP. Because if I lose this 3rd faction I am uninstalling the game.
By AurynGabrielle

You can’t compete unless you spend $1000

There are players with 1,000 times more influence than you and they can attack you right away. If you work as hard as you can, in a couple years, they’ll only be a 100 times more powerful than you. It takes BIG $ to be competitive, otherwise the BIG $ players will have fun toying with you and destroying what you spend a week to build. Pay to win.
By Grayman72