BOT MODE The most anticipated items of the season sell out within 3-10 seconds, so you need to add items to your cart and enter your billing information fast. The function of adding items to the cart and automatic data filling in our app increases your chances of purchasing the most hyped clothes. FOOTSITES MODE This mode is used for passing queues at various sites. You can run multiple web pages simultaneously and buy multiple copies of the same item. The autofill function will allow you to speed up the order registration process by filling in the delivery and payment information. RELEASES The latest news from the world of fashion. PREVIEWS Previews of this season's upcoming drops. Weekly itemized list of the next drop where you can see exactly which items will drop next week and pick out items you love. ANALYTICS Via poll, you can find out which item will be in highest demand, as well as the item's approximate retail and resale prices. IN-APP-PURCHASES Copster Pro - $9.99/Monthly Copster Pro - $24.99/Yearly Copster Pro - $35.99/Lifetime Copster Donate - $0.99 By purchasing the Copster Pro you receive a number of extra functions. You will be able to receive analytics data on selected products, receive sales notifications, and also automatically fill in the delivery and payment information in order to be able to buy the season's most anticipated new releases. DISCLAIMER Copster does not work in cooperation with brands and does not sell clothes. Our main services include updates on the latest news from the world of fashion, trend analytics for this season's most popular items, and autofill of payment information. Terms of use: https://www.copster.net/terms.html Privacy policy: https://www.copster.net/privacy.html Feedback: feedback@copster.net 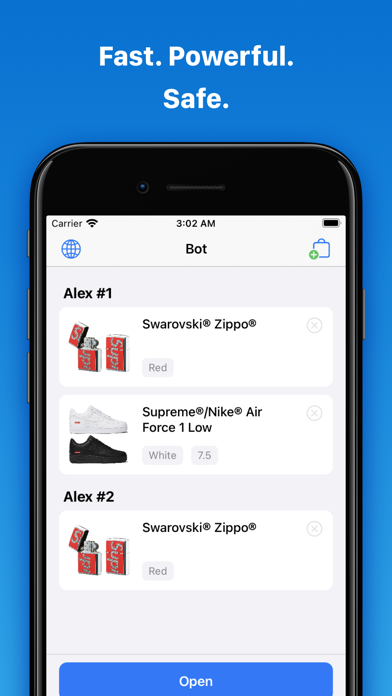 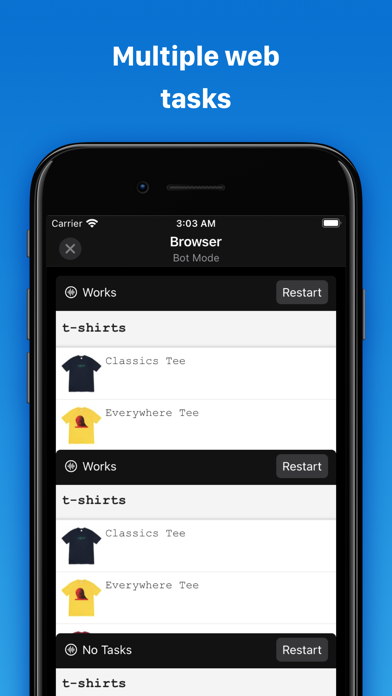 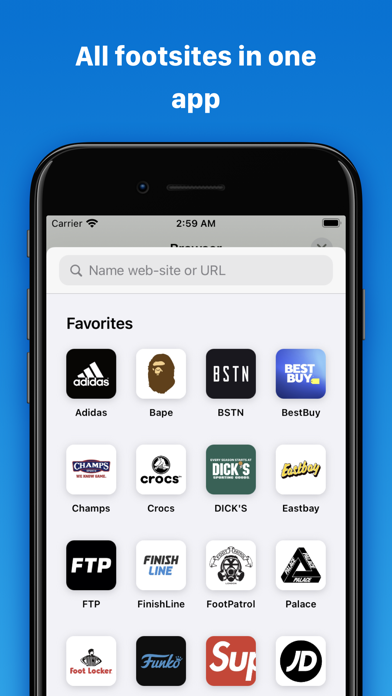 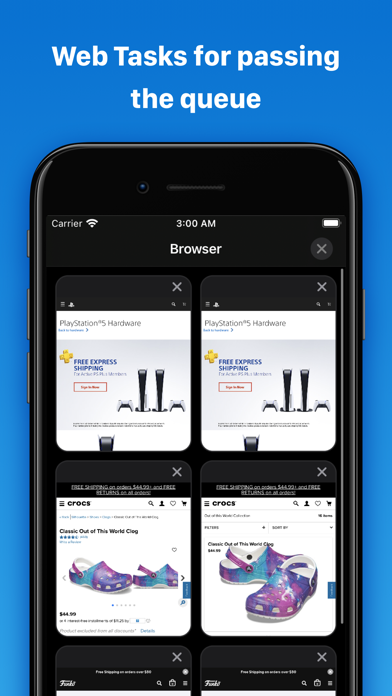 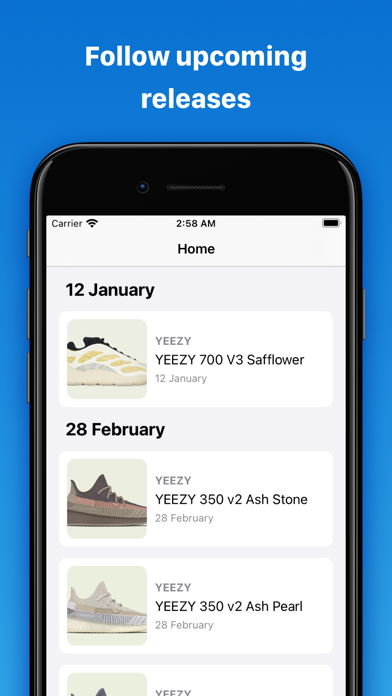 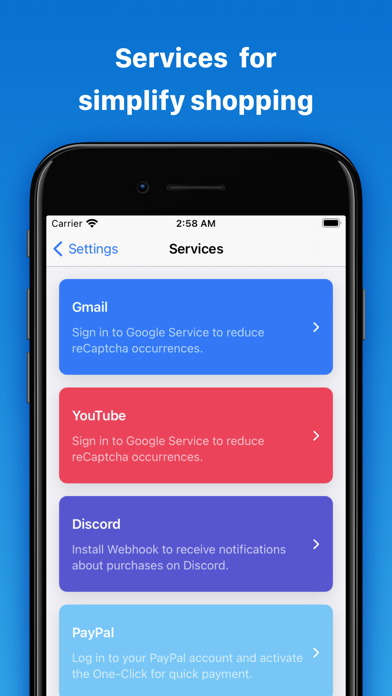 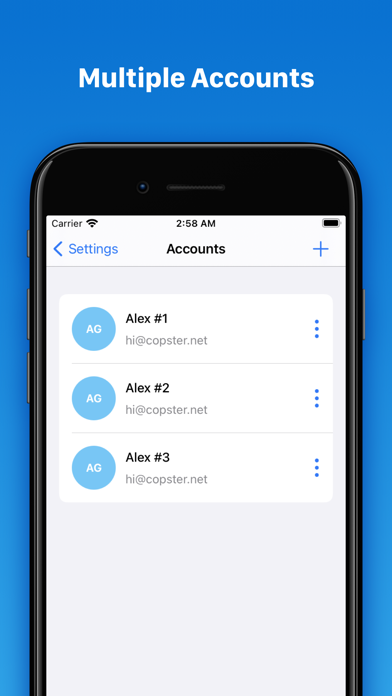 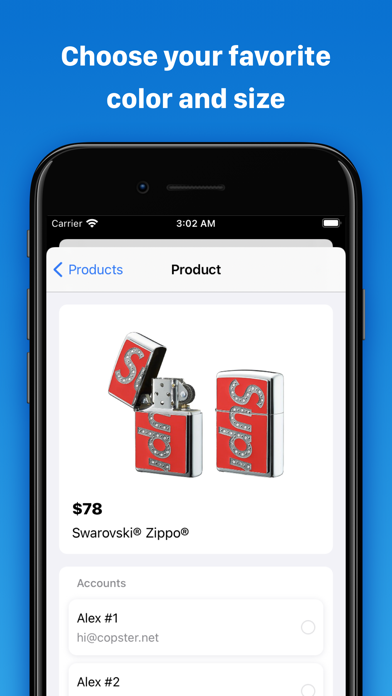 Don’t waste your time or money

I tried to use Copster to get some Nike boots from supreme drop. Not only did the app not work it caused me to completely miss the drop with zero chance of getting the shoes. Don’t waste your time or money. I also emailed makers of the app for assistance and they never responded.
By steve the sneaker god

I’m to lazy to write but it worked, who’d think an iPhone app would cook. It does, learn how to use it, join the discord server, or you’ll be lost being a uneducated noob :) <3
By Rich.18

Running 3 tabs, crashed twice, runs so slow, delays phone a ton and you can't get through a queue if your phone is gonna crash. So bugged. They don't even have a bot checkout either, just auto fill for footsites. Bad instruction too. Thanks a lot copster. Better off going manual on a computer could open so many more tabs no lag. Waste of money do not buy this trash.
By RiseUpSucks

So trying to get the cross box logo hoodie and later the next week trying to get the chuckle doll failed miserably on both and had an error now when they updated it for footsites it’s a game changer scored 2 pairs of yeezy Taupes one from dicks sporting goods the other from footaction so it works kind of.
By shlittleguy

I love this bot for when ever I’m not home and I can’t bring a laptop or pc. I would Love to see a desktop version of this app. It would be a killer.
By Fazebryan192

This app is only able to shop on Supreme sites. That is not described in the App Store.
By VincenzaAnna

the new update is amazing, its so fast that I accidentally bought a supreme hoodie because apparently is now auto checks out...however it would be cool if they released the footsites bot soon
By Matrix/Rebels2010

No update in a while, get DECLINED EVERY WEEK, THERE ARE BETTER BOTS OUT THERE! Not WORTH DO NOT BUY
By abrad khan

I’ve got some really limited items off copster and thankful for it. I give it a 4/5 star review because there are some things I would love to se improved. For example extensions or add one to check for restocks and run tasks independently but most importantly change the account layout and make more user friendly so people are able to cop multiple items instead of copping with one account at the time.
By br gang squad

Don’t Use This App

Doesn’t work, the worst bot doesn’t hit anything besides bricks , don’t waste your time on this , dev is just money hungry
By OgCarlos