Drew and Jonathan Scott, famously known as the Property Brothers, need you to help clients achieve their home design dreams! With the brothers at your side, you’ll demo, renovate, customize, and design spaces with the same charm and style the twins have become known for. Play along to go behind the scenes with the brothers, learn their design tips and tricks, and discover fun facts about TV’s favorite design duo. Relaxing, fun puzzles let you earn coins to spend on décor. Exclusive voice-overs from the twins will give you all the encouragement you need to become a design star yourself! Features - Transform shabby spaces into beautiful places with bold accents, pops of color, and stylish fixtures and finishes. - Discover all you’ve ever wanted to know about the twins with everything from tried-and-true design tips, funny childhood stories, and good, old-fashioned brother vs. brother antics. - Renovate a variety of fixer uppers that need your design eye: kitchens, bathrooms, exteriors—and yes, you can add that open floor plan! - Re-create your favorite Property Brothers moments! - Relax with some of the best puzzle gameplay that features hundreds of levels and a variety of game modes. - Design and play on the run with offline mode. 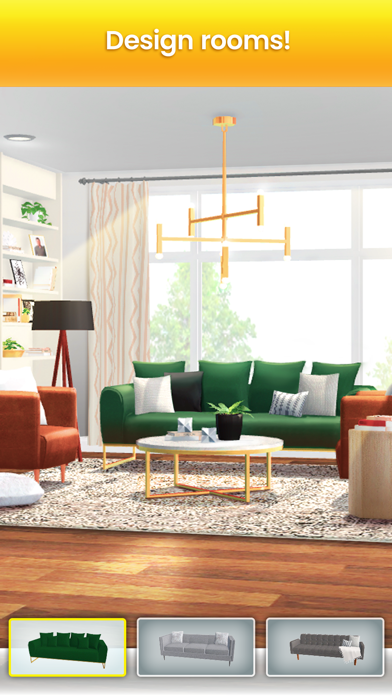 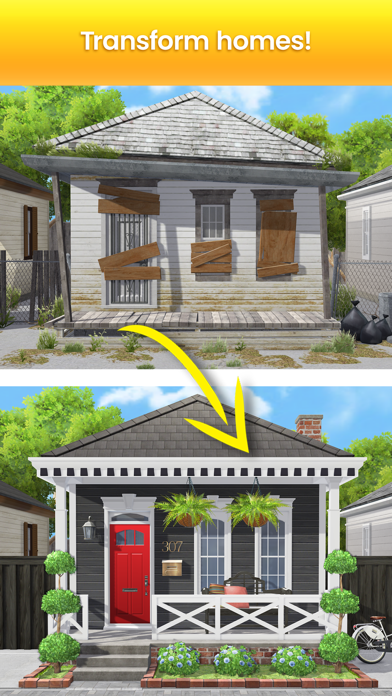 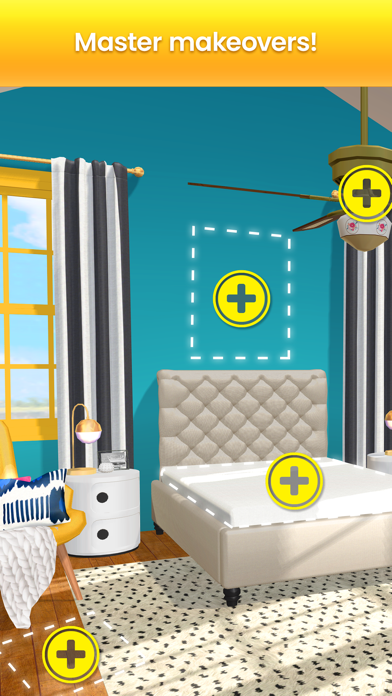 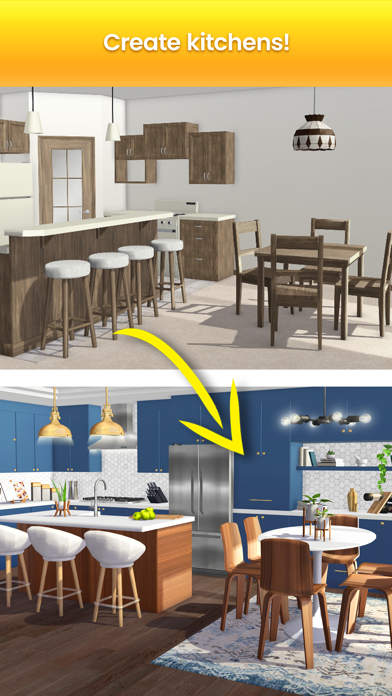 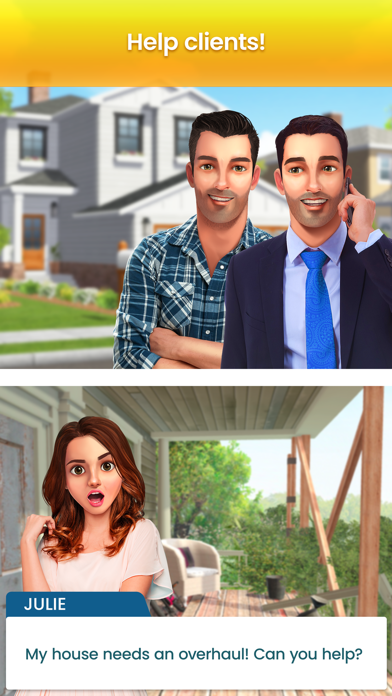 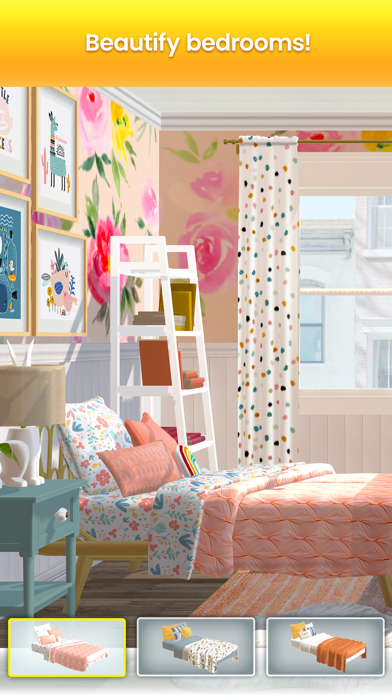 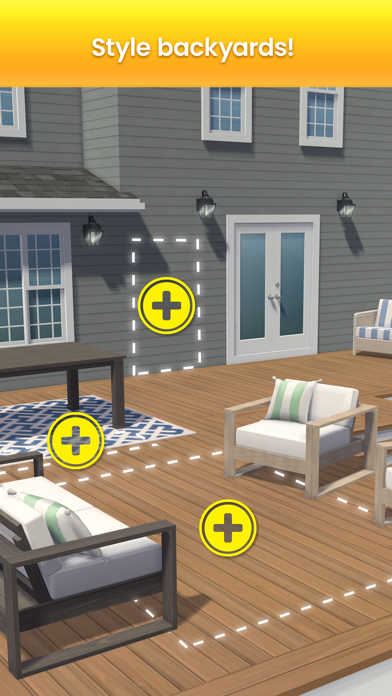 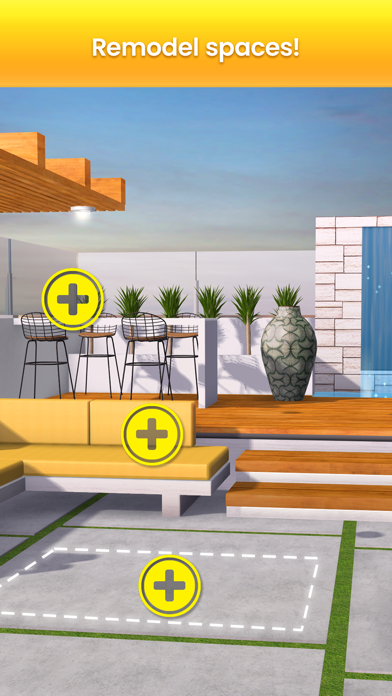 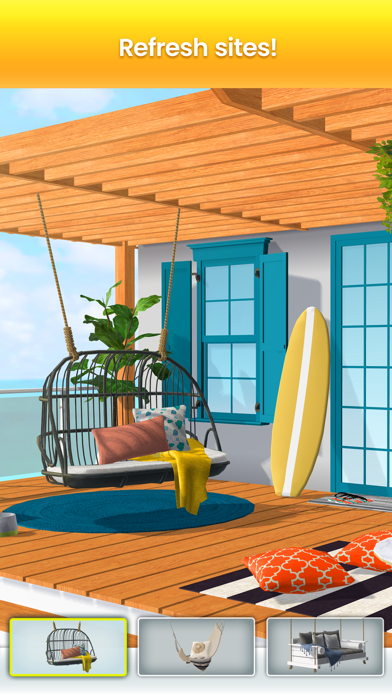 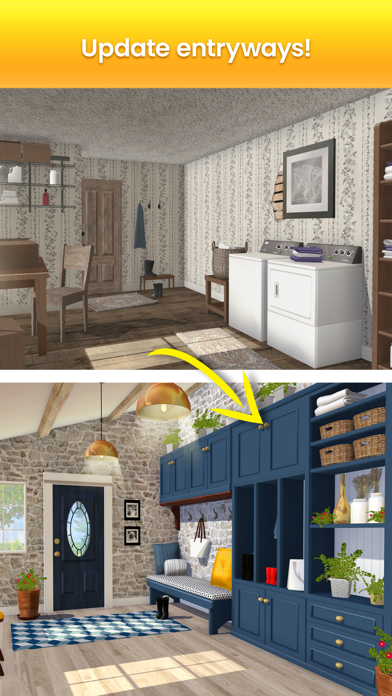 This could be a a fun game. There’s a certain point in the game where you will never be able to pass a level without buying credits. They won’t give you enough moves.
By ($$&&&@&)

I gave it a 2 star because this game can be fun but this is seriously a money grabber. You never get gems besides when you first download the app, you only get 200. After that you have to pay $2.99 to break your piggy bank(basically every app is doing that now) to get the gems. You get 5 full charge but once you’re out it take 30 mins each to get that full charge. And that’s when the money grabber comes in. Like you wanna keep playing but you need 90 gems to get a full charge. The game starts getting harder specially in the thousands. You go through those charges really fast if you can’t beat a level and if you want that extra 5 moves it’s 90 gems. It’s ridiculous. There’s no other way to get gems. If you don’t mind spending money on this game then go for it. Or if you’re that patient to wait 30 mins each for the 5 charges. I’m sorry but this game is a waste to me.
By Stephybbb

The design aspect is a lot of fun, and a relaxed way to nudge a bit of creativity. The levels, though... just end up being frustrating as they get more challenging. I would rather pay for the game with the color matches as a bonus option, or increase the number of moves, etc... not willing to spend real $$ when I run out of lives, which means game play is halting at best.
By Judging Things

Don’t get me wrong, I really want to keep loving this game. What happened to the piggy bank? Also, the game will crash in the middle of a level which means you lose a life and your chance at 2x coins (when that event is going on.) It’s extremely frustrating. Ive wasted power ups on levels because the game crashes. If you’re having people spend money in order to refill lives faster, we shouldn’t suffer when YOUR app crashes. Was my favorite for a while, but I may say goodbye for now.
By Grate17263838373

Fun but too many ads

I enjoy the game more than I should but the biggest turn off is the long ads. I can deal with the 30 second ads, but now I’m seeing them as long as 2 minutes. And the content of the longer ads is so boring I couldn’t even tell you what it’s for. What a waste. I also wish diamonds were easier to get. There’s no way I’m spending real $ for this. Sorry
By Stacey M Smith

So here is the thing I thought it was just a designing game but you actually have to do candy crush which is not in any of the advertisements. So it is a great game but after about level 50 it gets hard and there isn’t enough power ups.
By HP123556

I feel like people who play this game should get more 5 lives, because then when you run out of lives you have to wait a long period of time for them to gain back and recharge. Other than that fun game and I am in the levels of thousands!
By 2235688009865432

Got to level 10k but I got a new phone and re downloaded it and there was no way to reaches it without a code. My old phone broke. So I have n okay to get said code
By kristarose94

I hate this game because it is so annoying. As soon as I saw it I literally pooped my pants it was so bad.
By Sydneyboss88

Match the Dots by IceMochi