Visit Volcano Island, make memories and have a great time! Go on a vacation, collect souvenirs and take pictures in this enjoyable board game for the whole family. Travel around the island and compete with family and friends in activities, such as scuba diving and building sand sculptures. The player with the most and happiest memories wins! Save your memories in your scrapbook and make different choices to complete your collection. Based on the classic board game The Game of Life! Just like the original, spin the wheel and follow your fate as you go on your dream vacation. Families have enjoyed The Game of Life for more than 40 years. This game features local Multiplayer and a safe online multiplayer! - Single Player - Travel solo and compete with the computer. - Offline Multiplayer - pass and play on one device with up to 3 players. - Private Online Multiplayer - Invite family and friends to play online - Online Multiplayer - Challenge up to 4 other players online." Choose from a fantastic cast of characters! Pick your own unique peg and choose between the adventurous backpacker, the surfer family, the travelling sisters, and many more! Once you’re ready to roll, select your ride and dash around the island in a scooter, sports car, motorcycle or bus. Includes pass-and-play mode! Play THE GAME OF LIFE Vacations game with up to three friends on one device or play online with friends and family for some classic board game fun. More exotic destinations are coming soon! THE GAME OF LIFE is a trademark of Hasbro and is used with permission. © 2019 Hasbro. All Rights Reserved 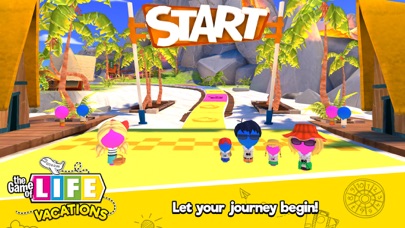 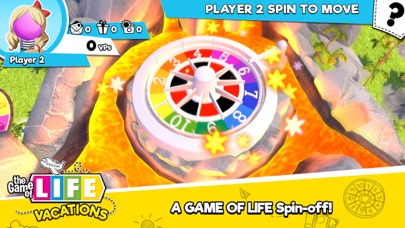 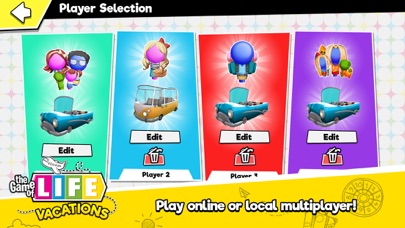 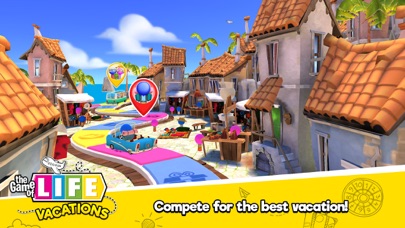 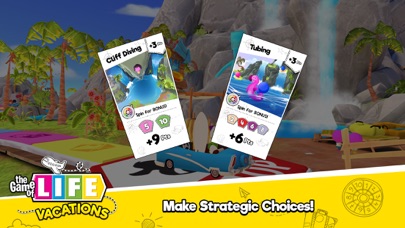 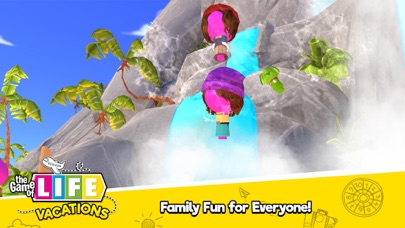 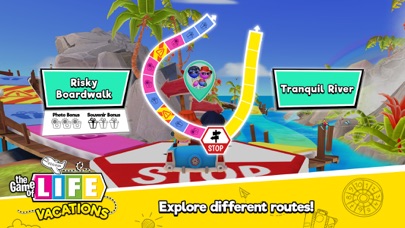 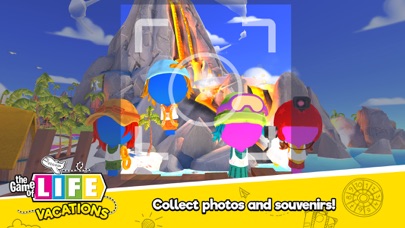 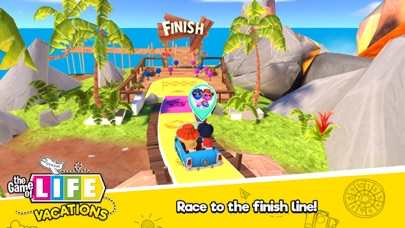 This game is great but having to play the same location over and over again. In my opinion this makes the game feel as though it was not worth my money. If it is possible Marmalade studios, please let there be more locations. Thanks!
By DDugan28

Compared to the other two games, which are fun, the spinner on this one is difficult really finicky. Other than that, it’s a fun extension game.
By Upper west

I love all of the other Game of Life games. This one I didn’t get a chance to play, all I did was put my name in and pressed play and kept glitching out of the app. Then when I go back in it’s just a blank screen, like paper, like it’s on the main page screen but without any of the buttons. Thanks for reading! Okay in the paragraph above I said that I couldn’t play. After several tries it worked and I played a game. I am adding a star because it’s pretty fun, only it gets kind of boring after a while. Maybe if you added islands and you get to see which one you go to, just suggestions. Also, this is just a small thing but I can be a little㋛ sometimes. On the wheel you have to spin it hard enough to make it “sparkle”. It’s annoying when you land on a good number but you didn’t make it “sparkle” so you have to spin again. I also think that the games need to be a little longer, closer to the length of a game in The Game of Life 2. Thanks again for reading!
By Abbisoa⚽️🦉🎨

Enjoyable if uninspired game. Will you designing any more vacation destinations?
By A. Wisdode

It’s fun the first few times but gets pretty repetitive. The spinner doesn’t work properly either. It would be great if you opened up another vacation spot after you collected all the items. It didn’t take me too long to do that so now I don’t even see the point of playing it anymore.
By DBee81

This is the best game ever
By PandaPop0916

Who would not love this app

I’m obsessed with this app! Nobody should hate this app! It may have a few glitches but I love it! I really love the characters, islands, and the app itself! It is one of my most favorite apps ever! Therefore who would not love this app ⛱🏖🏝🏜🌋⛰🏔🗻🏕⛺️🛶🗺🛳✈️
By Sam and Kam.