Toppling blocks, falling books... Things that seem unimportant to humans can pose great danger in the frog world... Frogger is back! The classic frog-action game returns on Apple Arcade with an all-new look and the same simple gameplay. Guide the iconic amphibian forward as you evade the numerous obstacles in your path! ====================================== - Simple tap and swipe controls! - Playable in both landscape and portrait screen modes! - Over 400 pieces of furniture and other items ensure that stages are never dull! - Customize Frogger with over 20 different costumes! - Various missions give stages added replay value! - Play together with friends in the co-op mode! ====================================== [Story] One stormy night, a tornado swept through a quiet residential neighborhood, scooping up the city's trash and trees, as well as some poor, unsuspecting froglets. Frogger, who managed to shelter from the storm inside his den, is asked to help save the froglets, who have been left stranded inside human houses. The houses may be filled with danger, but Frogger is the only one who can rescue the froglets. It's time to take that first hop and begin your adventure! 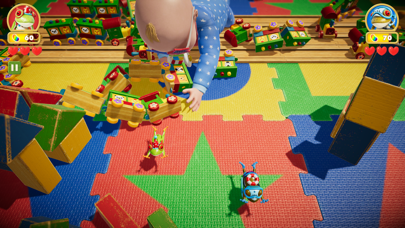 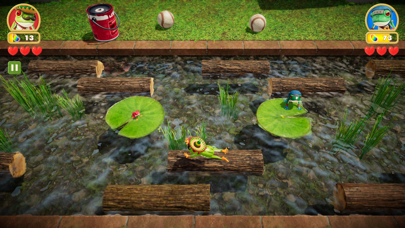 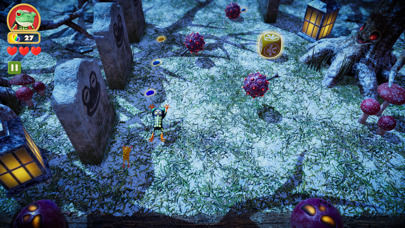 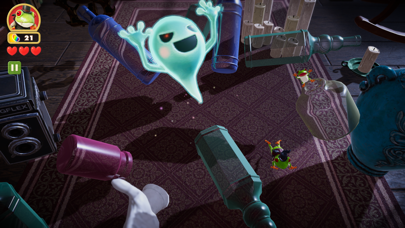 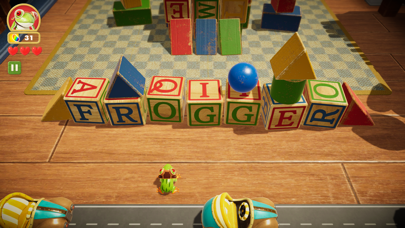 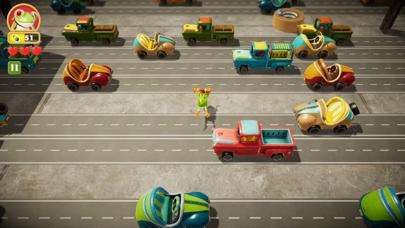 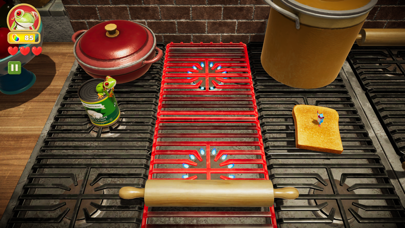 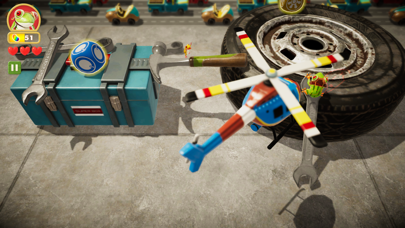 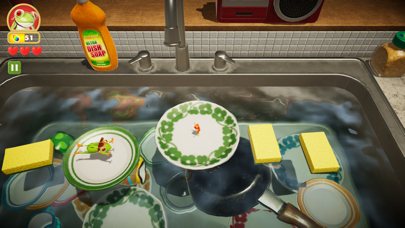 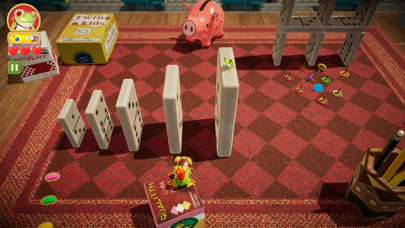 Game plays and is fun, but no sound or music on my IPad. Going too uninstall and reinstall see if that corrects.
By rustyfaucett

Sometimes I really love this game, but I find that the controls and other aspects of gameplay don’t always work as expected. For example, despite my furious swiping I sometimes cannot get my frog to climb up objects (like lamps and shovel handles). I wish the game would not allow me to throw objects in the wrong direction (as sometimes my frog will accidentally be facing backwards). I wish I knew exactly when I can and cannot jump on a moving vehicle - seems like sometimes I can and other times I just die. Sometimes there are many obstacles (helicopters, toy trucks, lawnmowers) but there are no objects that I can possibly pick up to defeat them and therefore I just die. PLEASE make gameplay more controllable, consistent, and predictable.
By Frogger Fan...sort of

I was so excited to try this. The control system on my iPad makes this game infuriating. Play for 5 minutes and you will know exactly what I mean.
By Lawson022

Frogger has returned to Being a CLASSIC!

When you think about it, frogger has been sucking lately with titles like frogger 3D or frogger adventures: the rescue. Konami FINALLY made a decent frogger game. More amazing than decent, actually. Keep it up, Konami!
By nick nick nick nickolodeon

Ridiculously impossible do to limitations with controlling via iPad/iPhone controls. Why create a game for an App Store where the majority of players will not be using a gaming controller. There are frogs impossible to get via the limited controls therefore ,a,omg achievements and progress impossible. I’ll be canceling my arcade subscription, it’s just not worth it when games are made impossible to play this way. I’m disappointed.
By Ariauna

My kids love playing this game. Gameplay is straightforward, colorful, and fun with quality graphics and sounds. The (significant) problem is how unnecessarily complicated it is to set up a multiplayer game. We primarily play on Apple TV, and have controllers. You’d think that the simplest way to enable multiplayer would be to allow a second controller to simply allow the second player to join. Or one player uses the Siri remote and the other use an extra controller or keyboard. But no. To play this multiplayer, you have to have a second device WITH the game installed and WITH a separate game center account (meaning if you are a grownup with an Apple TV and an iPhone both using the same game center account, you can’t use your iPhone to play multiplayer with the Apple TV). Still, other Apple Arcade games do this, and while annoying it’s not enough a problem in and of itself. Except for this game connecting was very buggy. In my case, I got it working with one of my kids’ iPad minis, but it took forever to get it connected. I’d send an “invite” to my kid’s iPad, and on the iPad a game center invite pops up for literally 5 seconds. If you don’t tap the invite in those 5 seconds, it goes away, and subsequent invites will simply never appear. I tried quitting both games (on Apple TV and on iPad). No joy. Only thing that ended up working was to do the invite in the opposite direction (invite from the iPad to the Apple TV), and use the remote menu button to accept that invite within 5 seconds (the MFi controller menu button won’t work to accept the invite, it has to be the Siri remote menu button). Of course, you don’t want to actually play this game because then you’d both be playing on the iPad instead of the big screen tv (whoever sends the invite hosts the game visuals, with the invited device acting only as a controller). So then, once connected in that direction, I “cancelled co-op play”, and I got a screen that said “co-op play ended”. This seems to reset the invite procedure. So doing this allowed me to now send an invite from the Apple TV to the iPad and get another 5 second opportunity to tap that invite on the iPad. Once you get through this ridiculous setup procedure, the two player gameplay is plenty fun. But you are left wondering why on earth they require a second device with a separate game center account to play multiplayer. And you end up avoiding the game because it won’t be worth the time to setup the connection. It’s local WiFi only, so it’s not like you can play with someone outside your own home. PLEASE enable the co-op play via a second Bluetooth controller.
By dgalvan123

The game won’t even open.
By Heather Dee 89