What would your life be without modern technology on the deserted island? Dive into simplicity of the primal world with the modern Stone Age family in this thrilling offline adventure game. Stranded on the remote island, a family of four - Bruce, Eva and their kids - needs your guidance and help starting a new family home from scratch and navigating through various family life situations with humour. After their previous city had been destroyed by a volcanic eruption, help this family build a thriving town, all while looking for a way to reconnect with their family and beloved tribe. In this farm game, their world might seem ancient and alien without modern day technology, yet their daily family life and relationships are very relatable in today’s world. Family Island™ is a farm game full of unexpected twists and captivating adventure! FEATURES: - Enjoy your adventure to the Stone Age era! Get creative and start farming, using cool ancient technologies - In this farm game, you can unleash your inner explorer and set on a thrilling adventure to new islands - Start your own family farm on the deserted island! Grow crops and craft useful goods to trade with other characters - Customize your farm with beautiful decorations - Get to know the family better and guide them through exciting quests and life stories in this island game ____________ Subscribe to our social channels to be in the loop about upcoming updates: Facebook https://www.facebook.com/familyislandgame/ 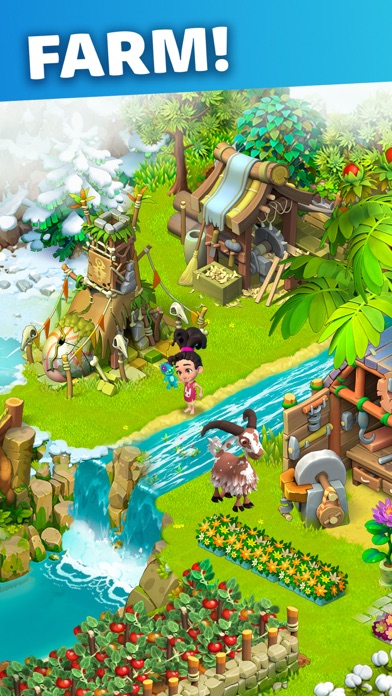 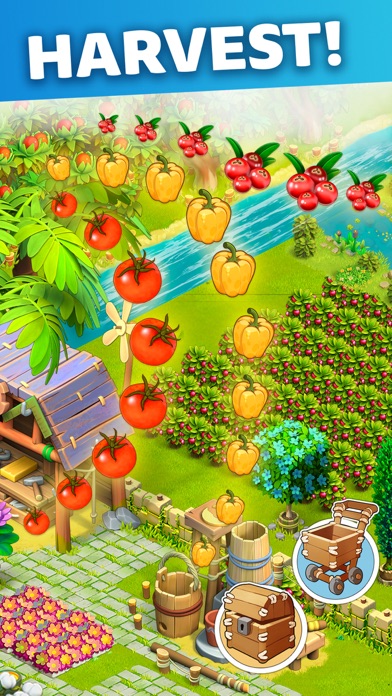 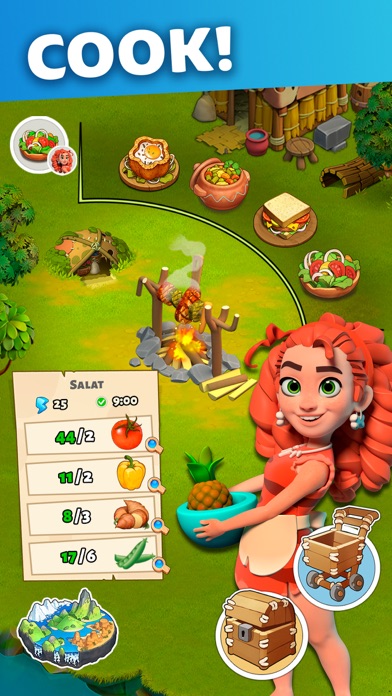 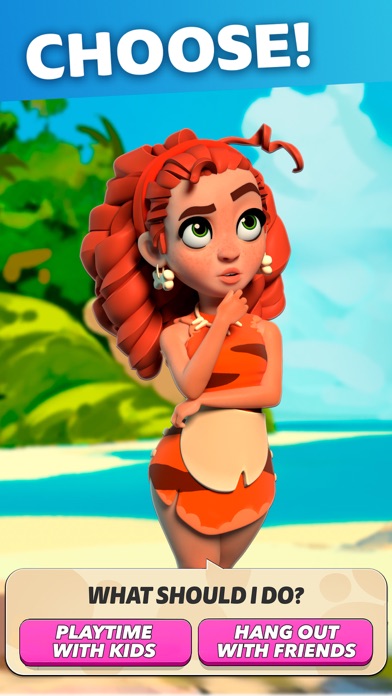 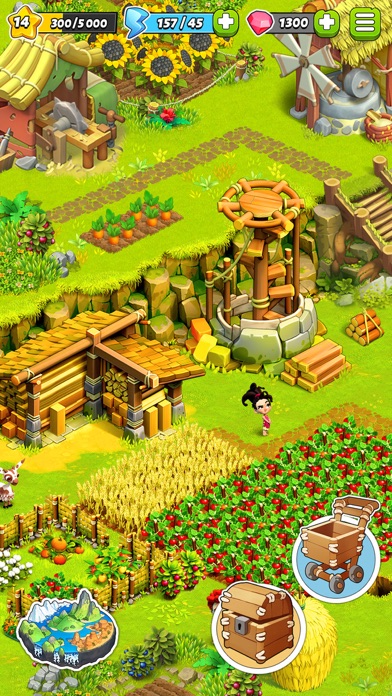 So I just updated the game, tried to play and once the app opens I just keep getting the same message over and over and over and over again that tells me “Update Game” - which I’ve already done. Otherwise, the game is okay - I read a few reviews from others and I agree. Just about every “important” action (breaking rocks, cutting down trees, etc) demands so much energy on the main island that it feels like I’m constantly waiting for energy to regenerate , or making enough food to try and refill my energy 1/2 way. I enjoy the events at first because there is a ton of gift boxes waiting for you to arrive…however, that “bonus” energy doesn’t last long at all, as each task requires a LOT of resources to be gathered and obtaining those resources is costly as far as energy goes. I could have over 2,000 energy, and will blow through it in no time just to complete one or two tasks…it’s easy to unlock the first “task” gift box, rarely get to the second, and in all the time playing this app I’ve never reached the 3rd gift box.
By JerkDiggler

I just started and it’s simple yet fun to play. Just went on tho and the game says there’s an update but my App Store says no new update available, so I’m not sure what is going on.
By Snowman 7

Everything takes too long. You run out of energy in minutes. It takes entirely too long to collect enough materials to upgrade facilities and do the quests. The events are too short for All the waiting that has to be done and gold keys are nearly non existent without paying for them. Mildly frustrating because this definitely could be a 5 star game.
By mzzmurph

wait is too long

This is a really fun game

You can have so much fun with this game and their are no ads. I love it
By kjhhlliuhzhulzhzlugluzgluz

This game is so fun and addicting. But the dinner table issue needs fixed I played ahead and built the table and made food but now that it’s asking me to do the task I can’t and yes I’ve used all the energy on my energy bar and it’s still not working… I can’t even delete the dinner table or the food . Please fix this issue
By kensWife16171822

I love playing this game, but when I get a notification to go on Facebook to get extra gifts, I do the puzzle then post it my answer and ID, but I NEVER get an of the free rewards anymore, have to wait way tooo long to get energy but in full, need to up the energy level from 72 to high each time u complete a island. I used get them but not now. I would give this game a better Star Rating but there’s a lot of dislikes about this game. If u want people to stay playing, then I suggest u do some major upgrading on this game.
By Local Pooh Mama

I think this game will be ending soon

I think this game will be ending soon and they our trying to price gouge the few players they have left. Shame on you ! for what you did to the energy blast this morning you were clearly trying to take advantage of people who were not paying attention. I didn’t fall for it but that shouldn’t have been offered. There are other ways for this game to make money, have you seen the crazy ways people are trying to block in there animals cause they don’t want to look for them? Sell them some fence and leave the energy blast alone!
By green8876

This game is all about money. If you have money and you would like to spend then this is perfect for your or else its just a waste of time. For first few levels you will feel like playing it. After maybe only 10 levels you will understand that you can never finish a task without spending money. You need to use lots and lots of energy. You can play this game but to be honest if you get in such trap you will just waste money. I dont know how the review got 4.7, I think it was way before at the beginning. But now the game is a money matchine. I dont understand game suppose to be like game but now most of the game make you spend so much money. Its just absurd.
By Angel fairooz