Beatwave makes it easy to create amazing music. MIX Mix and loop your arrangements to create the perfect song. Beatwave allows you to mix loops so you can easily explore and refine your musical ideas. Layer multiple tracks and sound to create rich tracks. CREATE The Beatwave grid lets you construct beats and melodies easily. Never play a wrong note with auto tuned notes and auto chords. Use the built in rhythm keyboard and drum generator to build great melodies and drum tracks without any music knowledge. PRODUCE Beatwave comes with 15 great sounds. Download up to 200 more with Beatwave Pro. Every sound lets you tweak, and tune so you can produce the perfect sound. Add filters, sweeps, and other effects to your mix. SHARE Record your performances and share it with the world with the new publish feature. GET INSPIRED Access to a Feed with performances from other artists. Listen to them and access to open-source projects to start your own creations. MANAGE YOUR PROJECTS Access to all your projects and your records in your personal Space. DESIGN Create your own instruments. Import and create your own sounds for custom synths and drum kits. ANYWHERE Beatwave is a free and universal download for iPhone and iPad. So anywhere inspiration hits, you'll have Beatwave available. For support, questions, or issues else contact support-beatwave@mwmapps.com Note: You need an MWM account to interact with the Beatwave Community. Please follow instructions inside the app. ------------------------ SUBSCRIPTION INFORMATION - Subscribe for unlimited access to our all the Premium features, all the drum kits and templates. - Weekly ($7.99) & yearly ($49.99)* - Free trial subscription is automatically renewed unless cancelled 24 hours before the renewal - Payment will be charged to iTunes Account at confirmation of purchase - Account will be charged for renewal within 24-hours prior to the end of the current period, at the same price - Subscriptions may be managed by the user and auto-renewal may be turned off by going to the user’s Account Settings after purchase - Any unused portion of a free trial period, if offered, will be forfeited when the user purchases a subscription to that publication, where applicable Terms of Service: https://www.mwm-apps.com/legals/beatwave/tos Privacy Policies: https://www.mwm-apps.com/legals/beatwave/policies *Price are equal to the value that "Apple's App Store Matrix" determines is the equivalent of the subscription price in $USD. 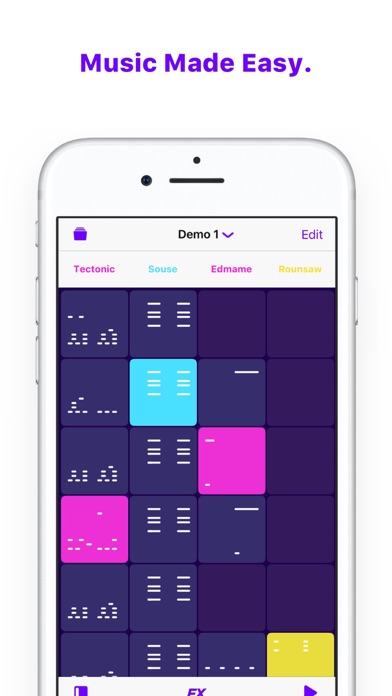 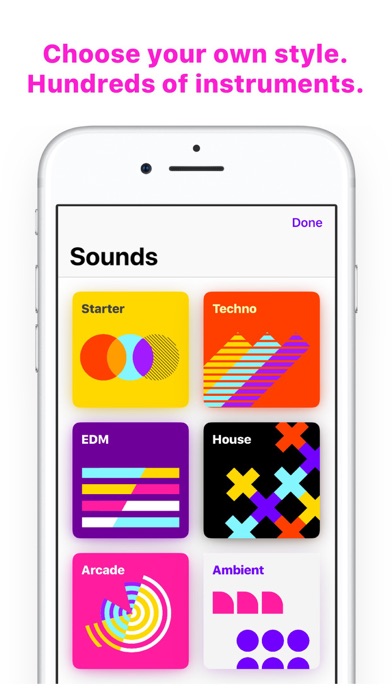 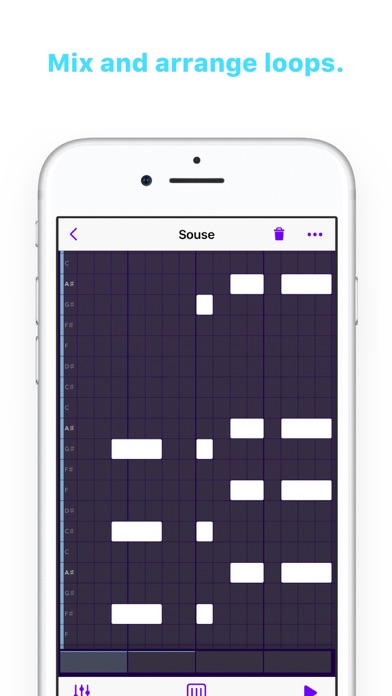 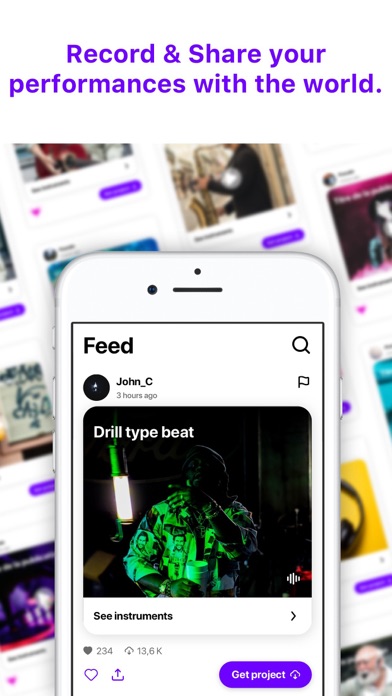 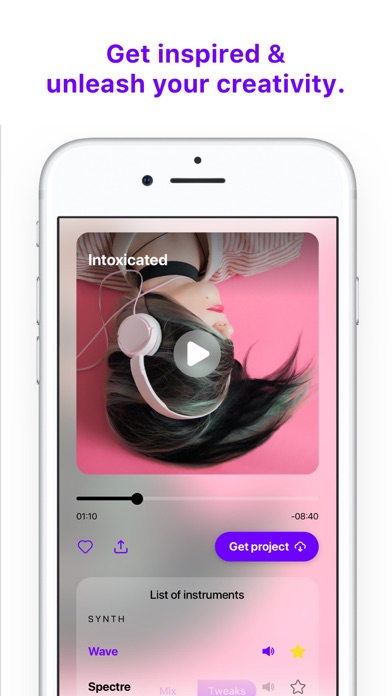 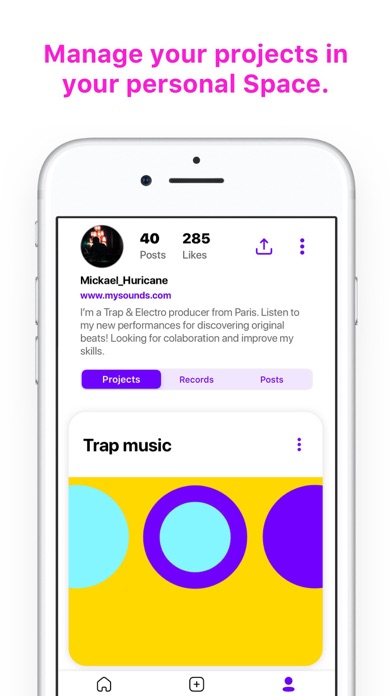 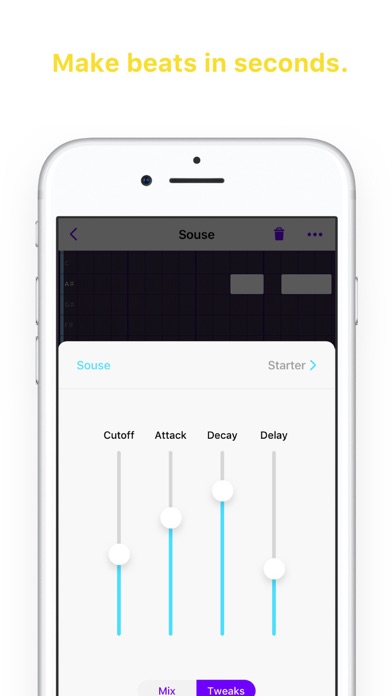 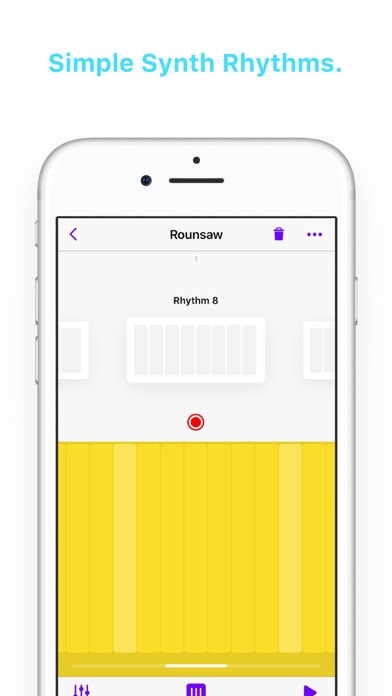 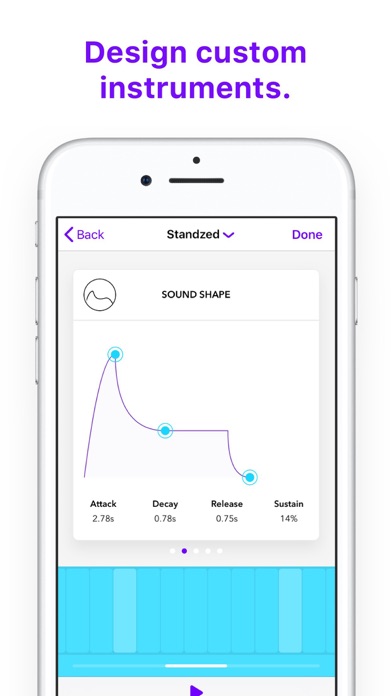 I’ve used Beatwave for years and finally upgraded to the premium and love it MOSTLY but the new (and frequent) glitches when trying to record or when loading a scene with multiple instruments are rough. The timing will glitch and restart the scene or it will straight crash. It’s frustrating and it means I definitely don’t use it for anything live, but I trust they will fix this and make it the super reliable and super fun DAW it has been before.
By RCNielsen

Crashes and doesn’t save progress

Would be the best free beat making app out there, except it crashes way too much and every time you restart the app/exit for a while, you lose all of your progress. Also, I can’t close certain ads, which causes me to restart the app altogether. It’s very frustrating having to start all over again because of this. I’m using an iPhone 11 Pro Max and I’m assuming the app hasn’t been modified for notched corners?? Sometimes I can see the “x” in the corner of an ad but it won’t let me press it, thus having to restart the app.
By l56d09

This app is crap. DO NOT WASTE YOUR MONEY. It is a bastardization of the old Beatwave. It’s a scam to make money. Every good thing about the old Beatwave is gone, leaving a pathetic shell and nothing else. Do not buy this garbage. It’s trash. It crashes constantly and I can only use my paid for subscription when I’m connected to internet. Also they got rid of the easy recording features of the former Beatwave. This is a joke. Don’t waste your time or money.
By mbrevels

You really screwed up a once great app

You know what you did.
By Ben Efitofadoubt

Great app but a bit glitchy

It is very easy to make a song out of Beatwave it gives you free starter packs which can give you a headstart in your music but every time I would play a music and record it it would glitch and when it’s halfway played it would replay it and keep replaying it I don’t know why it keeps doing that so I made another one just copied the one from my old one and it still did the same I tried to make a different piece it still did the same. It’s really hard to record a perfect song because at every 50’s of playing the song this glitch would happen continuously I even tried to play the music til it glitches then pressed record it still did the same at 50’s.
By ....FFS.....

I’ve used this app for quite a while now and I really like how easy it is to make a short little tune. However, I have had a ton of bugs on my end. Sometimes, when I try and change the titles of my songs and then give them new images, it would DELETE all my hard work and copy the first song I changed the name or picture of and paste on to all the others. So all of my songs would be deleted and replaced with the same thing over and over. I do however think that it’s possibly my device causing all the trouble, but then my tablet did it too. There is one more thing, I know it was just updated however I have to close the app to click on another song I want to edit. I can’t exit the song and click on another because it lags or something. I really do like this app, but it’s a 3 at most. Please do keep updating!👍
By Abbygail T.

I bought this App, why can’t I restore the purchase?

I bought the full app a few years ago for $9.99 and when I go to restore the purchase it tells me that I have to use a subscription. What a scam!
By Hero_004

I bought the pro version a while ago and now they’re asking me to buy it again and are now running ads in the app. Avoid this app. Developer is a thief.
By KiZzYcAt

This was an awesome easy to use music making app until the original developer sold it. Now there are subscription costs to unlock tools that were originally sold as one time upgrades. Too many bugs that cause crashes. Ultimately this app has been destroyed by the new developer and is basically now useless unless you like constant crashes during your live music creating. Hugely disappointed!
By Jimmy Bush