Finish a Phase in the newest rummy inspired game from the creators of the UNO! Mobile app. It’s the competition which has brought friends and families together for over 30 years. Now, it takes you around the world! RUMMY WITH A TWIST Race to complete each “Phase” and stay ahead. Every Phase has its own sets of cards to collect. When you have your sets, throw them down for everyone to see. The Phase is finished! HIT IT Leave your opponents in the dust! The round ends when one player gets rid of all their cards. Players who can’t finish the Phase start over and try again. Everyone else tackles the next challenge. SMARTER EVERY DAY Train your brain with new challenges on every level. Watch carefully for patterns and outwit the game. Unlock new rules to explore and solve. BLAZE A TRAIL Travel the world in Journey mode! Play offline and blaze a trail through increasing challenges. Use Power-Ups to get an edge and win rewards! AROUND THE WORLD Explore faraway places! Phase 10 tours from the comfort of a Pacific paradise to the chilling extremes of the North Pole. Compete with others online and be part of the international community. PICK YOUR PLAY STYLE Keep things fresh by playing in a new arena every game. Take a trip to the London Walk or the Arctic Cabin. Every arena has its own number of online opponents and phases. 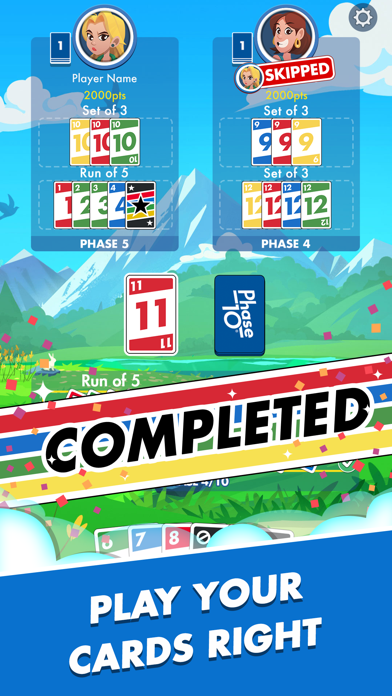 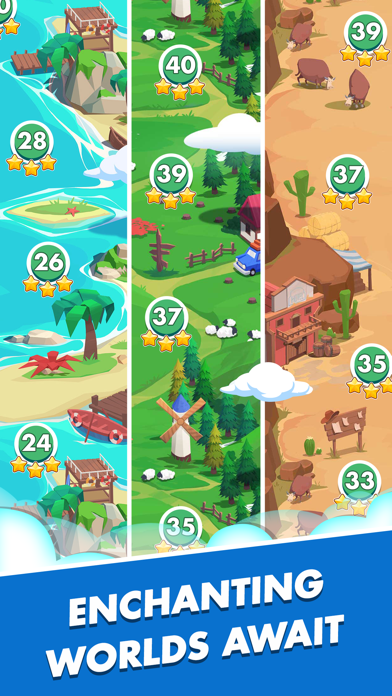 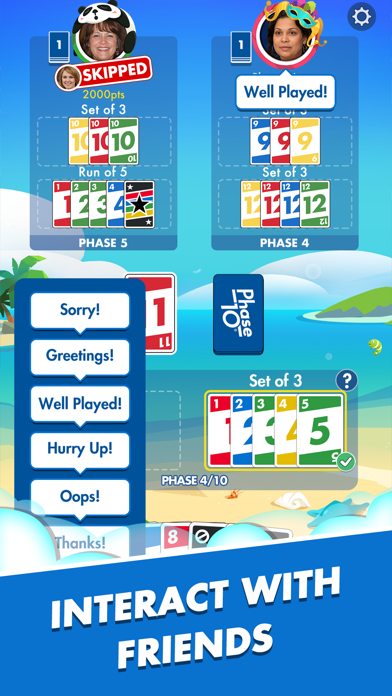 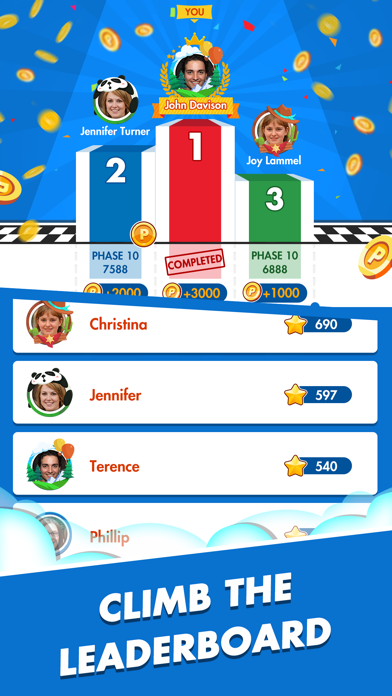 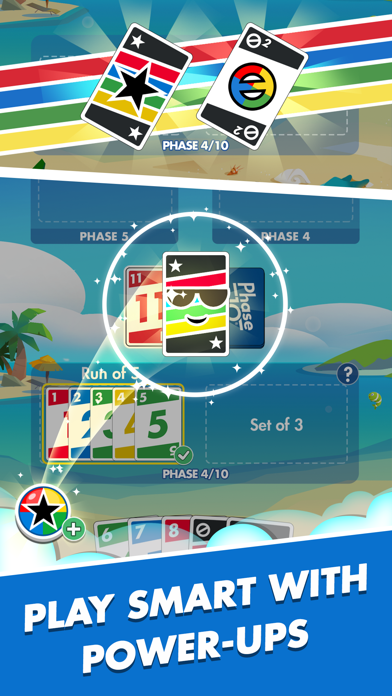 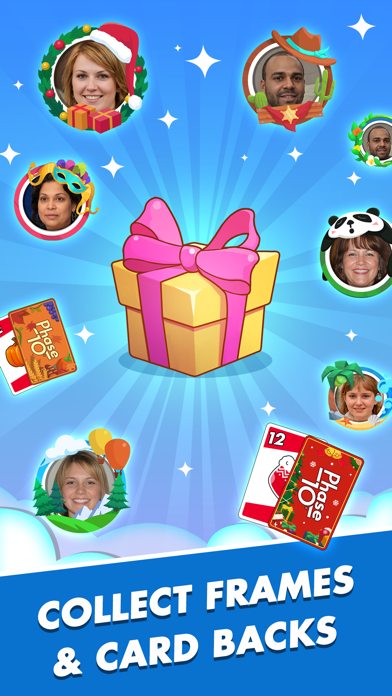 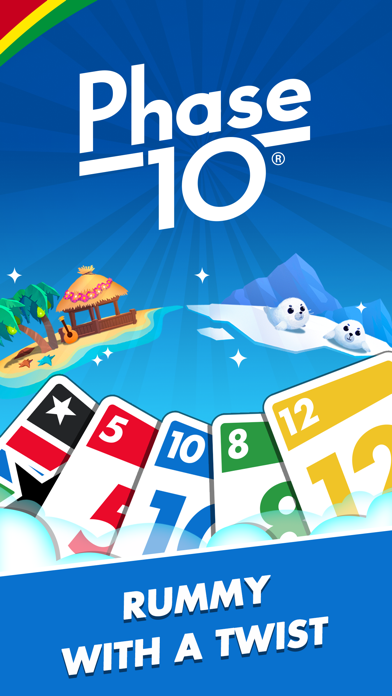 I must be an outlier

Everyone else seems to love this game. I did for the first 15 or so games. Then I discovered you don’t win if you don’t buy anything. I played one level multiple times a day for about a week. A friend said had been stuck on the same level for 10 days. She purchased “helpers” that she did not use on her next round and won immediately. I simply cannot pay to play games right now and I remained stuck on that same level, no wins, for an additional 4 days. Then I deleted it. In short, if you cannot or don’t want to pay for the game, look for another game.
By HogFanMich

This is a great game & I enjoy playing this game.
By prettyfoxbrad

The energy system makes this game awful. This game shouldn’t require micro transactions to play. 20 energy (4 chances to play) is $2. This game should only charge for content, not plays.
By bdewayne

In the beginning it’s a very good game and it’s fun to play but as you get further in the game it’s more challenging. Honestly its so automated you know your playing against robots the games doesn’t give you a chance to actually win the other players get lots of skips and wild cards while
By brioncaaa

Overall, this app has a lot of potential, but is weighed down by two concerns. First, it takes way too long to gain sufficient energy to play a round. Second, the game does seem to be stacked against the human player. AI opponents have exactly the cards they need immediately and you don’t even get a chance to play. Paired with how long it takes to garner sufficient energy to even play a round, this makes it immensely frustrating. I rarely review apps, but this combination of issues makes the game virtually unplayable. It is too bad because the game itself is quite enjoyable.
By chrisg4037

Like many reviewers before me have pointed out, you basically need to spend money if you want to have a chance as winning once you really start getting into the game. There have been NUMEROUS times where the first computer opponent will pick up ONE card and immediately be able to finish that phase and nobody else gets a turn. And the hard levels? Forget about passing those in a reasonable amount of time if you don’t buy all of the power ups. The computers will get 2-3 wild cards per hand while you are left picking up the same cards from the discard pile. I really liked this game in the beginning and even bought the star pass for $5. What they don’t advertise is that you have to pay $5 for a star pass for each section of the game. This is just one of those games that reels you in by being super easy in the beginning and then makes it impossible and frustrating to the point where you give in and buy energy or power ups to be able to play. One hard round will zap all of your energy and then you have to wait hours before it fills up again. So ridiculous
By mooney10309

I love playing phase 10. The levels get harder as you go and the journeys will get longer. The thing I hate most about his game is that it is rigged. As the levels get harder and you’re ahead of a phase, the computers will sometimes (almost always) will lay their hand out and go out first in the first- two rounds.
By fsuis

I’ve been stuck on level 15 for days and play several times a day. I’ve wasted gems, etc and still can’t get seen to pass the level or even get a turn cuz the “computer” beats me every time. This game wants you to spend money and I refuse. Good game but it’s rigged; my opinion.
By BeBreezy78