Secure your stronghold, prepare your army, and battle to victory in this fun, fast-paced real time strategy game from the makers of Bloons TD. Whether playing as the fast, well-armored Humans or the fierce, heavy-hitting Orcs, each game plays differently as you choose how to manage your focus and your resources before launching the perfect attack to crush your opponent! Learn all aspects of the game by playing a range of AI styles and difficulties in fully offline Single Player mode, or jump right in and challenge your skills in to head-to-head Multiplayer mode, against friends or global players via Game Center. Explore these awesome features: * Head-to-head online and Bluetooth multiplayer * Fully offline vs. AI single player mode with 4 difficulties and multiple AI play styles * New ultra-challenging single player Survival Mode * Innovative player-enhanced tactical play - select an area on the battlefield to harvest resources faster, heal your troops, or crush the enemy! * 40 powerful troop types, including Beserkers, Marksmen, Knights, Warlocks, and Siege Trolls * Three powerful stronghold upgrades, enabling advanced troops and better defenses * 14 distinct battlefields, each with their own control points and resource limits * 39 achievements to earn and show your skill * Dynamic original music that reacts to the pitch of battle! * Colorful visuals and playful animation appeal to the whole family It's time to assemble your army, plan your strategy, and become a Red Reign champion! Ninja Kiwi Notes: * You must sign in to Game Center to access Multiplayer mode. Once signed in, you can play Nearby players offline. You must be online to play Multiplayer against any other players who are not Nearby. * Please review our Terms of Service and Privacy Policy, and note that Red Reign has a special Privacy notice as there is no Ninja Kiwi account sign in and no personally identifiable information ever shared with Ninja Kiwi through the game: https://ninjakiwi.com/terms https://ninjakiwi.com/privacy_policy_red_reign Ninja Kiwi Community: * We love hearing from our players, so please get in touch with any feedback, positive or negative, at support@ninjakiwi.com. If it's stuff you want the whole community to see and talk about and you are old enough to have an account on these services, then join us on Facebook, Twitter, and Instagram: https://www.facebook.com/ninjakiwigames/ https://twitter.com/ninjakiwigames https://www.instagram.com/realninjakiwi/ Streamers and Video Creators: * Ninja Kiwi does not pay influencers but we love working with and promoting YouTube and Twitch channel creators who genuinely enjoy playing our games. If you are old enough to have an account on these services and not already working with us, keep making videos and tell us about your channel at youtube@ninjakiwi.com. 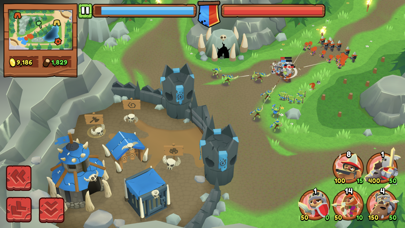 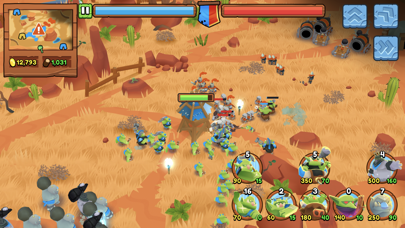 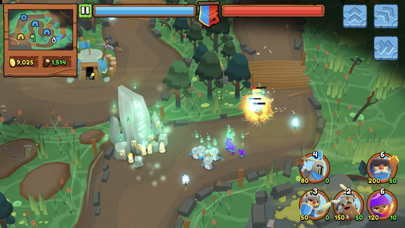 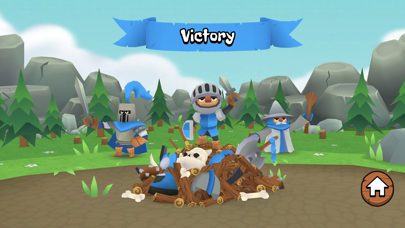 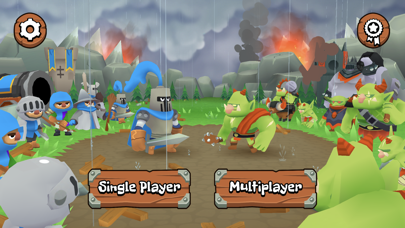 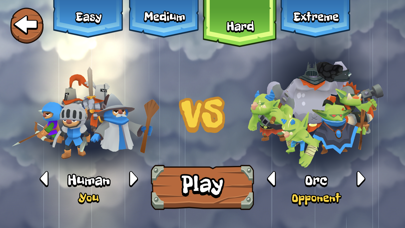 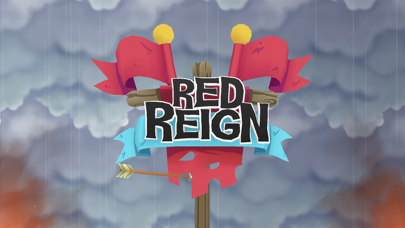 This is a great game, but online multiplayer frequently crashes. Please fix this!
By nbb789

Cool game. For some reason hard is impossible to beat but I’ve beaten extreme multiple time. The far unit tempest is so exploitable that in a group of 5 or more they virtually can take any non siege unit down. Game crashes anytime a multiplayer battle lasts longer than 20 minutes.
By Dragonboy212

This game COULD be great but falls short. I like the game play but I wish you had more control of your troops. Once you send them to attack there is no way to bring them back. In fact, the only command you can give them is to attack a base. If YOU are being attacked you can’t divide your troops how you want or move your archers behind other troops to protect themselves. Secondly, there is almost never a person to play against in a match. Now this probably isn’t the game’s fault. It’s likely not enough people are playing the game yet. The problem though, is the AI you play afterwards. If you don’t make a match with a real person, the game asks if you want to play the AI. Well the AI is freaking impossible to beat. Somehow it can span 3 times the amount of troops you have. It upgrades itself much faster than you can possibly do yourself. Totally takes the fun out of the game.
By musukosan

After a couple of turn, multiplayer dies and both sides win. Lame :(
By vagabondish

Please please please fix the multiplayer very laggy and works about 1/4 of the time. My wifi is 30gbs and still I get kicked out of games for it freezing. Great game offline tho.
By efred33

Reminds me of a simpler version of age of empires. My 5 year old and I play it everyday on multi-player. Thanks for creating this. Update: crashes when combined units exceed 250
By Josh Neuroth

This game is a ton of fun but the multiplayer is broken and has been for months. Very hard to find an opponent and when you do the game glitches over half the time and you don’t get to complete the match with them. Very frustrating.
By Non frequent flyer

When I first started the game, I loved it! It’s easily the best game on Apple Arcade. But some things could use some more work. I like the new update with the fae, but they cause a lot of glitch and the two new worlds that went with it are also hard to play in because of the glitch, and then all of a sudden it says the other person you play against did white flag, even when they didn’t, but it still says you both won.???. Confused. The fae really are overpowered. The big tree guys take forever to get rid of! They are definitely better than any other army! Please fix this! It’s not fair, really. I have a urgent request saying that you make multiplayer 3 to 4 people? Just though it’d be cool. I also read another review, saying that the orcs have a disadvantage, and they are totally right! I fight against someone who is human, and they win almost every time, and it’s not because they’re better than me, because I’ve played human against human and I won a bunch of times, it’s because for some reason the orc army is completely different from the other armies. I not know if it’s because the upgrade takes longer or maybe the goldmine is at a different rate? I don’t know for sure, but please make sure that the armies have the same chance of winning as the other armies/races. And please respond to this. Also, on the last map with the bridges, is completely unfair. Since it’s one person one at a time in a line on the bridge, they get completely massacred because the other team can just pick them off one by one, even in the other army going across the bridge is three times the number. Please fix this problem. It’s really disappointing that no one replies to this. If someone sees this, looking at my review, please write a review and give me feedback. Also it says there’s like 60 ratings? There’s actually 230 ratings, so Ninja kiwi is just counting mostly the ratings where they get good ratings. That’s just sad if you ask me. I read all 230 ratings and 3 to 4/5 of the ratings were 2 stars or lower. So the 3.6 rating is just lies. The game has a good idea, but I can list over 25 things right now that’s wrong with this game. But I can’t because the people reading this are mad at me because I have the longest review for red reign. I’m famous. So trust my review.
By someone annonamous

The AI cheats. They can stop their men at places they want to protect. We cannot. More control over troops would make this 5 stars. Fix the AI cheating “bug”.
By n-i-4-n-i

Excellent take on the RTS genre!

I’ve been a huge fan of Real Time Strategy games like StarCraft and WarCraft III. While this game doesn’t have the same blistering, mind melting action per minute requirement, it does actually have a good deal of strategy. Red Reign simplifies things like micro and macro concepts of rearing and controlling your army in a way that creates a lovely dynamic. The balance they struck is so lovely. This genre on mobile is usually reimagining of Tower Defense, but the devs did not do that. Not and all and I love it. Now, the only con I can see for this game is the multiplayer. Granted, I don’t hang this on the developer’s head. It’s simply not their fault there isn’t a player base yet. That being said, OH MY GOD IS MULTIPLAYER FUN. There’s so many little bluffs that go back and forth. I recommend this game for anyone with an Apple Arcade subscription. Give it a shot and see if it’s for you. To the devs: keep it up! You guys did excellent work on this title.
By JoelleScott314