Crouton is a simple meal planning and recipe organising app.  Easily keep track of recipes you love by storing websites, images and notes associated with them. Use these recipes to meal plan for your week ahead so you always know what's for dinner. Create shopping lists from recipe ingredients and conveniently sync with Reminders. Share your recipes with your household using iCloud. Features: • Store recipes using websites, images, ingredients and instructions • Auto recipe website detection, import recipes from websites fast • Create timers straight from recipe steps, just buy tapping on them. • Step by step mode, with hands free navigation (Wink left and right) • Create shopping lists from ingredients • Meal plan your dinners for the week • Autogenerate meal plans from your existing recipes • Scale recipes to cook for larger (or smaller) groups • Scan ingredients and method straight out of the recipe book with OCR • Back up and sync recipes and meal plan across your devices using iCloud • Custom app colors and icons 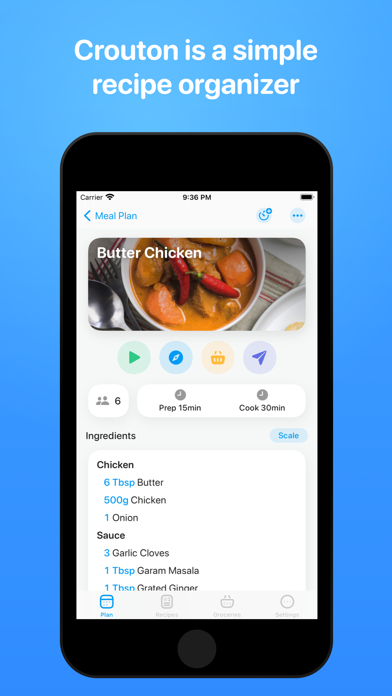 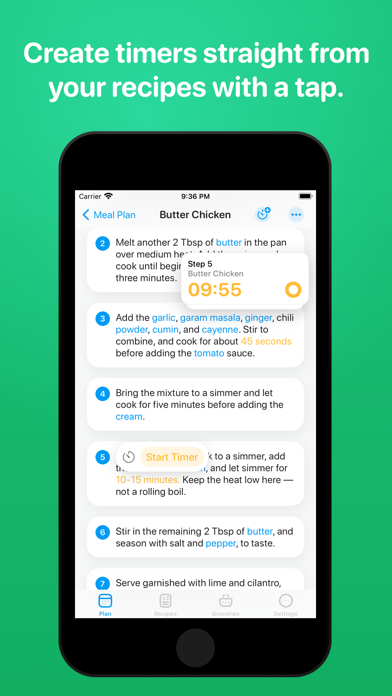 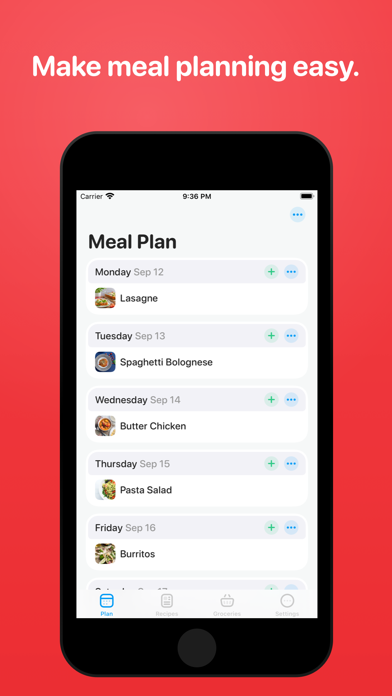 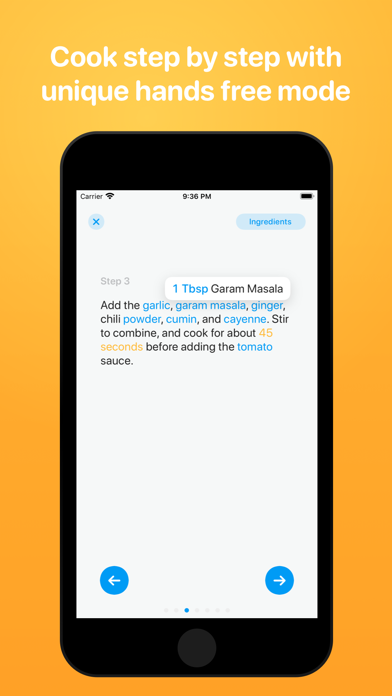 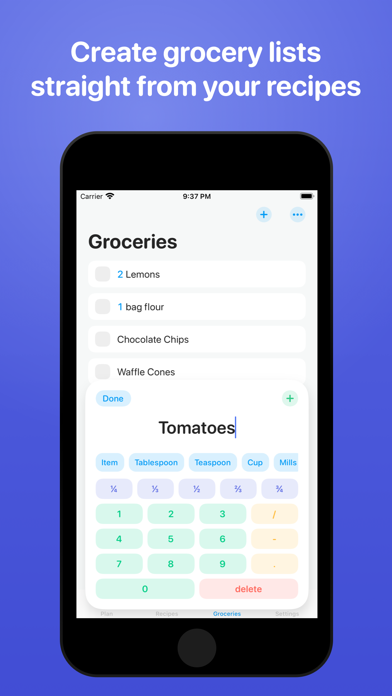 I love this app! I just wish that you could have sub-folders within the folders!
By Faculties

It auto-“magically” pulls recipe content from websites and turns it into a list of ingredients and steps.
By Anonymous85638

I never write reviews unless I really LOVE an app, and this one I do. First, thank you for not making this a subscription! I will gladly tip throughout the year to show my appreciation for this app. I love being able to copy whole recipes with ease and import them into Crouton and make adjustments as needed. I’m not a cook, but Crouton makes me want to start cooking more. Thank you!!!
By Jaybot-

I rarely write reviews for anything! I am one to always read and move along, however, this app is a game changer for meal prep and keeping my family organized! Will be adding all our recipes to this app and using it for weekly meal planning and grocery shopping. Could not be happier with any app. ever.
By erozzlle

I love that new features are included promptly after iOS adds new features. It’s great. Wish I could export the grocery list to the notes app but it’s not a big deal. Also would like to backup to google drive.
By Cliffton Floyd Mayweather

It helps me sort the "keepers" from my pinterest board and is less distracting. Importing recipes by url is a breeze. Can use on my ipad or my laptop, so I can make a grocery list from my computer and cook in the kitchen using my laptop to read the recipe.
By Starsunflower

This app is remarkable. It’s a no frills yet modern app to store your recipes. Even better, this app somehow magically will import any recipe you find online and parse or only what you need. I’ve been using this for a couple of years and the developer will update the app for the current IOS Thankfully without making drastic changes to the flawless interface of the app.
By jordank1986

This app and it’s developers are simply amazing. They’ve added every feature I suggested. Only thing I can think of that isn’t already there is auto-sorting of the shopping list into categories (produce, dairy, etc) and also the ability to see which recipe an ingredient on the list is from, so if you have to make a substitution in the grocery store you’re better informed.
By _zakray

I was using Notion before this app to organize my recipes which was a huge pain, because I was manually entering all the details. Crouton makes it so much easier by detecting clipboard contents (containing a URL) and automatically importing everything, which then automatically gets categorized. Not to mention all the little details like starting a timer from within the recipe, and the in app grocery list. It was a no brainer to purchase the app to support the developer(s).
By MrPete13

This app is exactly what I've been looking for in a recipe/food planner app. Crouton has everything I need in a easy to use and beautiful app. The developer is great at responding to questions and stays on top of adding features from Apple.
By TigerChant