UNLIMITED TEXTING + HIGH QUALITY CALLS Send and receive unlimited text messages, including photo messages. CUSTOMIZABLE PHONE NUMBER You get to choose your number with Second Line. Choose from hundreds of unique numbers from our large inventory of local phone numbers. CARRIER LEVEL RELIABILITY Gone are the days of poor call quality. With Second Line, your new number is just as reliable as your first. SCHEDULE MESSAGES Need to follow up with a client at a later point? Schedule messages through the app to automatically send texts at a certain time. You'll receive a push notification once your message has been sent. BUSINESS HOURS Set the hours when you want to get calls through business hours. Calls received outside the business hours will be sent to your business voicemail. SEPARATE CONTACTS Unlike many other apps, your contact book in the app is completely separate from your iPhone's contacts. REAL TIME CALLER ID Know when you’re getting a business call. You won’t have to guess whether or not you’re receiving a business call. ADVANCED TEXTING TOOLS Second Line was designed to make your life easier. Use Quick Response to easily respond to commonly asked questions. Enable Auto-Reply to automatically respond to missed calls or texts. We're excited to hear how you use Second Line to improve your business! Have any questions or suggestions? Our support team would be more than happy to assist you. www.GetMySecondLine.com —— Information about the auto-renewal of subscription: Second Line requires a $14.99 per month subscription which offers unlimited calling, texting, and access to all features. A 3 day free trial period is provided for first time subscribers. Payment will be charged to iTunes Account at confirmation of purchase. Subscription automatically renews unless auto-renew is turned off at least 24-hours before the end of the current period. Account will be charged for renewal within 24-hours prior to the end of the current period. The cost depends on the selected plan. Subscriptions may be managed by the user and auto-renewal may be turned off by going to the user's Account Settings after purchase. Any unused portion of the free trial will be forfeited when the user purchases a subscription. Terms of Service: http://getmysecondline.com/termsofservice.html Privacy Policy: http://getmysecondline.com/privacypolicy.html 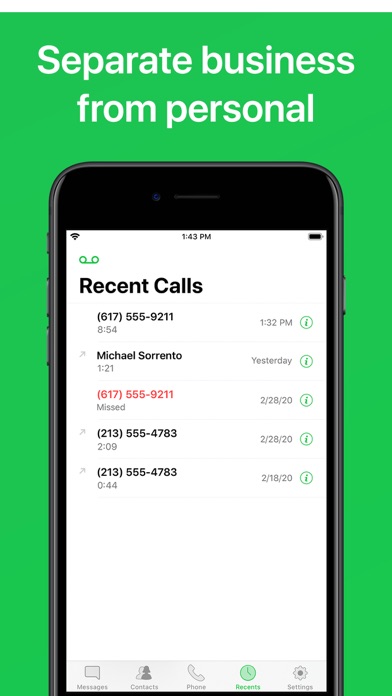 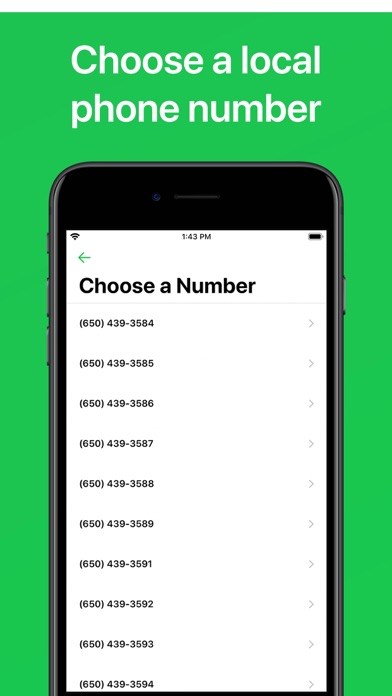 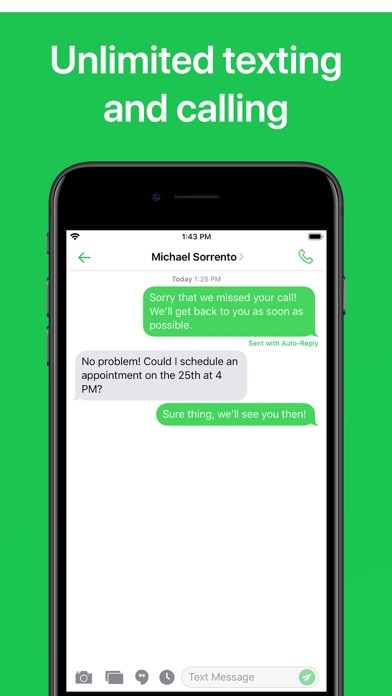 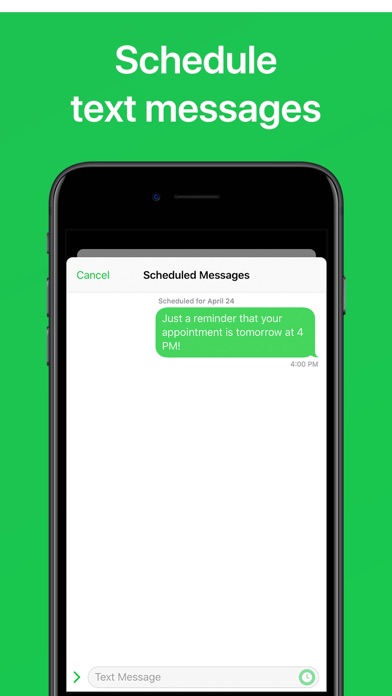 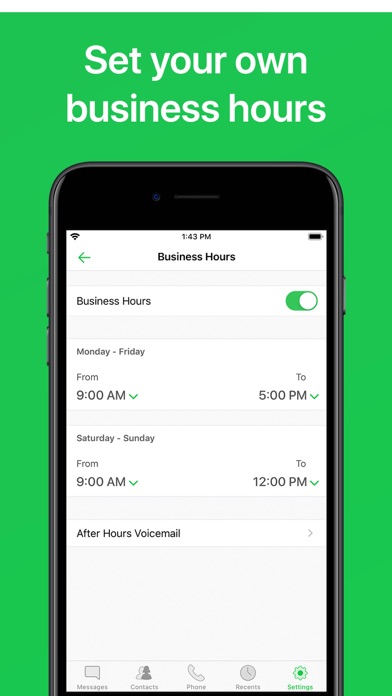 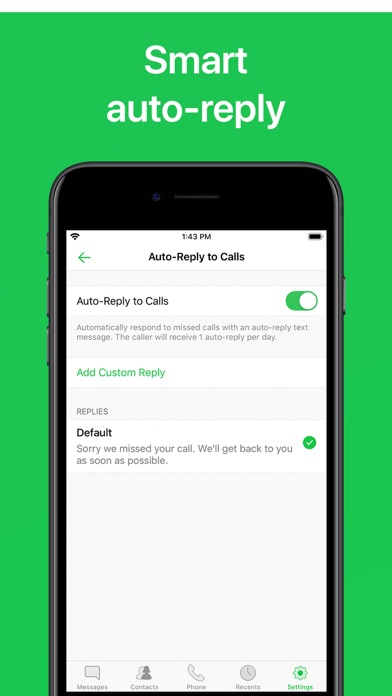 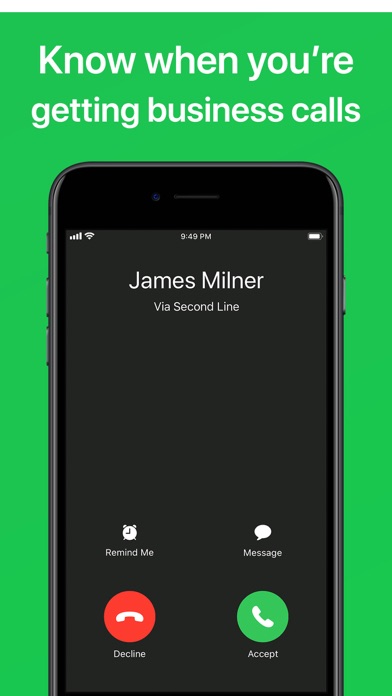 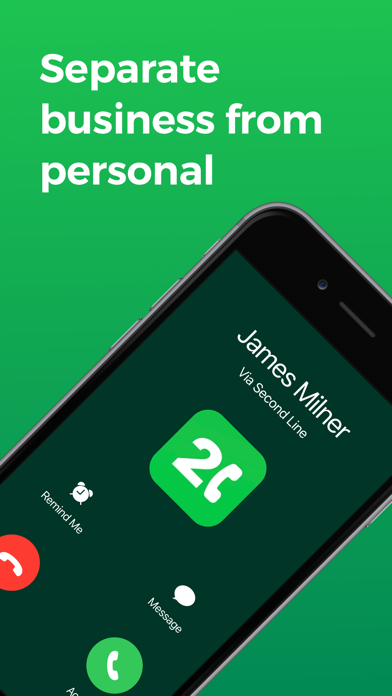 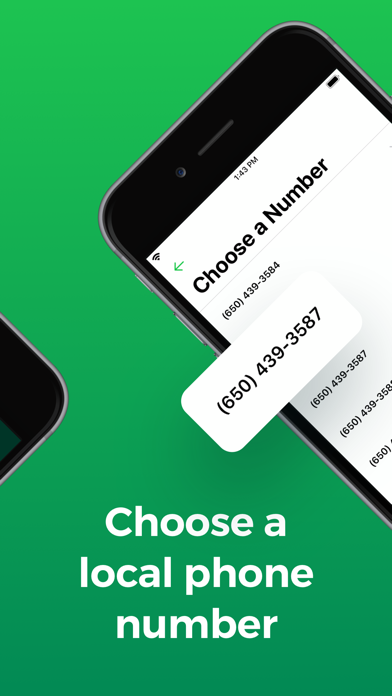 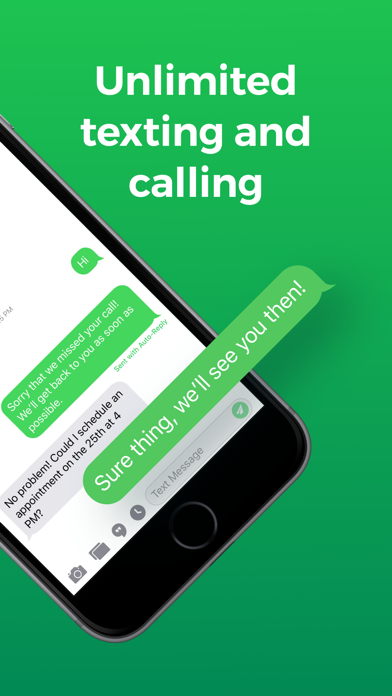 Works exactly as stated
By Less Than Bob

Can not get notifications on this app. It’s a hit or miss. The layout is horrible. When you type a message to send you cannot see what you type because the font and background are both white. Emailing support is nonexistent so cannot get any help. Great concept, and great when working, but just not suitable to use as a business phone number.
By hahdhsjsa

So far so good. It’s only been a couple days but seems to be the answer I need to keep my personal life and business separate but on one device. The only thing I’d suggest is make a business hours feature to where you can set hours of operation and outside those hours an automated response gets played for incoming calls and auto reply messages for txt.
By zwagnon

Since I downloaded iOS 14, the colors on my app have shifted. In txt mode, I have to type whote letters in a white text box, and its anybody’s guess what My typo probe fingers are actually typing. Hoping for an update real soon, so the txt function will be useful again. Also, get random robo-calls on this number, but doubt thats the app fault, thats just the craptastic world we live in these days.
By tom330

Calls coming out from my real number and app crashes

App crashes when I try to save pictures sent to my number. The only way I could get picture was to screenshot and not use the save option. And lastly when I dialed a number from the app it wanted to call from my real sim coz the call pushed towards my real phone calls. Edited that’s my review but this app is truly unlimited texting after you pay.
By bigcrogan

I cannot make a call and I also purchase when I try to call it say tap to call but does not work am I doing something wrong?
By mooshoutx

I’ve looked through more than half the states and area codes, but there aren’t any numbers available.
By bigjchamby

I tried to get a number and clicked on at least 4 different states and it just said "No available numbers ".
By 0123music