Join 12 million+ people who are making new friends with Profoundly, all over the world. Profoundly is not just another social networking app. We at Profoundly believe that humans are much more than just images and true relationships start with conversations, not swiping. HOW DOES IT WORK? • We help you break the ice with fun and interesting icebreakers where only your imagination is the limit. • We help you match with people nearby who have similar interests so you never run out of words and ideas to talk. • Rediscover your friendships by sharing anonymous confessions, secrets and life experiences with your Facebook friends. • Engage in long conversations to collect hearts and reveal your partner’s photos. Profoundly has millions of users from around the world (with 800k new users joining every month), exchanging over 40 million messages every day. MORE FEATURES? BECOME A PREMIUM MEMBER • As a PREMIUM member, you can create unlimited stories and icebreakers. • Unlimited replies to interesting icebreakers and stories. • Find new matches 578% faster. • 4x more random daily chats to make even more friends. • Skip the wait and view your partner’s photos upfront. • Send unlimited private replies and anonymous texts to your Facebook friends. 1 week subscription : $9.99 1 month subscription : $19.9 3 months subscription : $29.9 6 months subscription : $49.9 Share Profoundly with your friends and who knows you might receive that message from your crush next time? Also leave a review on App Store and Facebook to help us make Profoundly even more fun and secure. PROTECTION OF PERSONAL INFORMATION Your personal information is securely stored and not shared with any other user or third parties. Follow us on Facebook: https://www.facebook.com/ProfoundlyBot/ Follow us on Twitter: https://twitter.com/PlayProfoundly/ Follow us on Instagram: https://www.instagram.com/profoundly.me/ Terms and Conditions : https://profoundly.me/t_c.html Privacy Policy : https://profoundly.me/privacy_policy.html 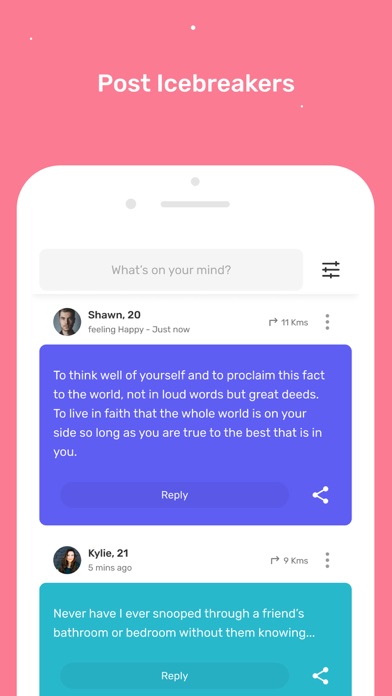 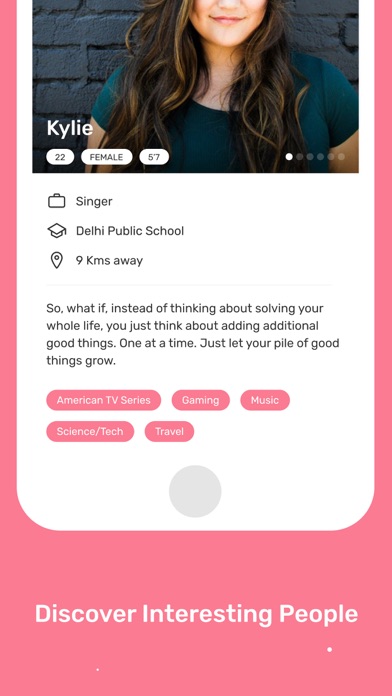 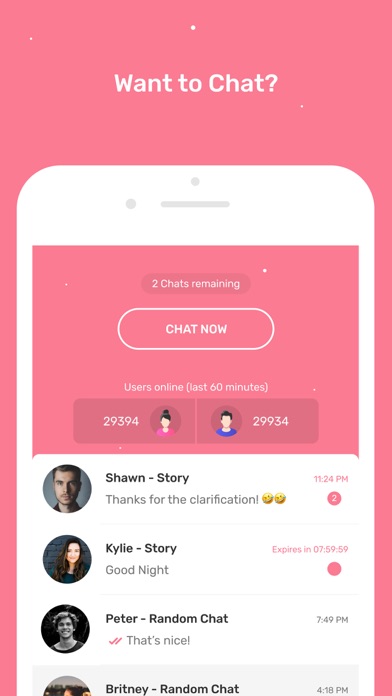 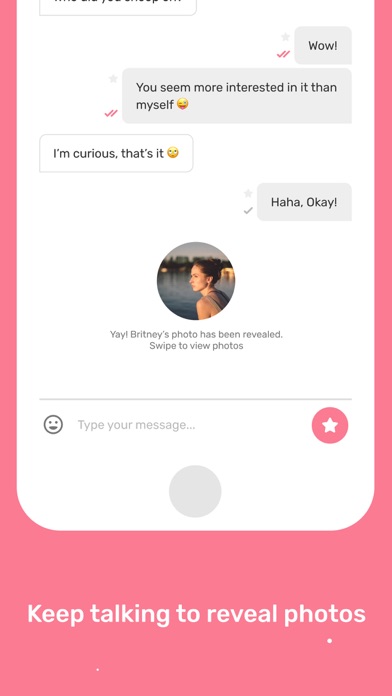 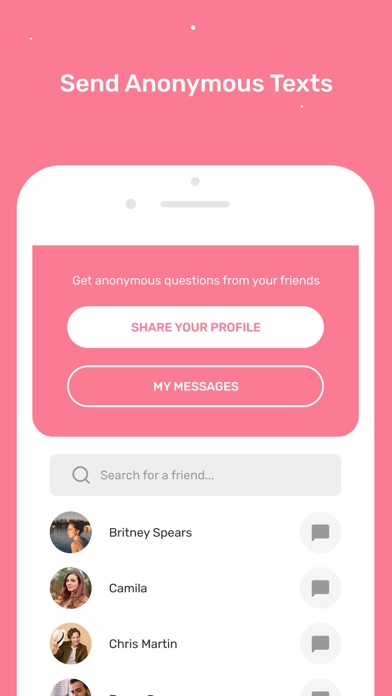 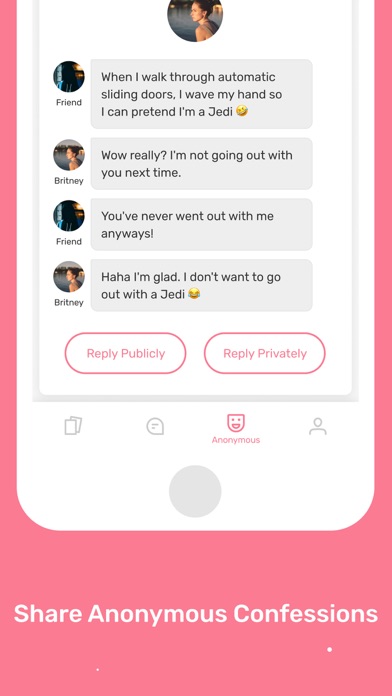 This app use to be good. I met some nice people on it and made a few friends. But then the developers became money hungry you have to buy premium to do pretty much anything now, it’s pointless to have this anymore unless you buy the premium.
By J Zuza

This app keeps getting worse and worse

This app has been a trash show since it began. The majority of the posts are spam bots advertising various forms of Snapchat and such. With this newest update, they’re basically trying to bully people into buying premium. You can’t see anyone’s picture til you message them. You only get to reply to 3 people per 6/8 hours. They took a great idea and turned it into a hot mess.
By Nickname.Mike. Already taken

Waste of a year

One star would not recommend
By DemonPalm

In Chats shortcut, audio call is not enough. I want chat now like as android because audio call is not mosely use in my country(Myanmar). I hope next update will add chat now. Then, it's little error in chats shortcut that delay messages to reach, it already sent from my friend. (IOS 13.3.1)
By Alminus

This app glitches a lot, and it submitted my age to be 19 when I’m 23 & it won’t let me change it. I can’t see messages and if you do t respond in 24 hours, you can’t reply like what ?? These glitches are terrible. One minute I’m sending a message the next it’s saying I didn’t type anything.
By QueenBeeNetwork

Good app .... once after a while when you try too go to the messages they start going up and down on they own & you can’t click the right message
By wtfyoeverythingistaken

When this first came out it was fun , although it got out of hand it was still fun to use . Then they started to change it and it went down hill from there , now it’s boring . I can’t even scroll peacefully without being sent all the way back up to the top now . I think they should had kept it how it was the first time , being anonymous and sending people messages . There was nothing wrong with that version , now people don’t even wanna mess with it . Change it back to how it was when it first came out , it would had been even better if you guys would had let us inbox our anonymous messages without still letting them know who they were . CHANGE IT BACK 🗣🗣🗣🗣
By niiiaaahhhh

When someone gets reported for sexual conversation or sexual posts y’all as developers need to act on that. I’ve reported more than 30 people on this app and y’all haven’t done ANYTHING! I’m hoping very soon this app gets boycotted.
By kfkdekke