Best math learning app with fun & engaging lessons for pre-K to Grade 6. Work through the levels and master math! *** Key Features of Quick Math*** CUSTOMIZED LESSONS FOR EVERY CHILD - 1000+ lessons. Each lesson adapts to your child's age from pre-K to Grade 6. - Games are designed around key school curriculum, including Counting, Place Value, Comparison, Addition, Subtraction, Multiplication, Division, Geometry and etc. - 40 years of mathematics teaching experience. FUN, PLAY-BASED TEACHING STRATEGY - Learn with pictures: Memorize things faster and easier. - Step by step: Study through the levels and master the main mathematical operations! - Hints and explanation: Each wrong answer is followed with a correct answer and explanation to take immediate real-time corrective action. SAFE, AD-FREE ENVIRONMENT - 100% ad-free, private and safe online environment for kids. - Kids learn math at their own pace with no high-stress or addictive gimmicks. #ABOUT SUBSCRIPTION Subscription service conditions: -Quick Math provides 1 month VIP service called Math premium for you to purchase; -Subscriptions are from $9.99 USD monthly,$39.99 USD yearly. -Payment will be charged to your iTunes account at confirmation of purchase; - Your account will be charged for renewal within 24-hours before the end of the current period; - You can manage your subscription and switch off the auto-renew by accessing your Account Settings after purchase; - You cannot cancel the current purchase during the active subscription period; - Any unused portion of a free trial period, if offered, will be forfeited if you purchase a subscription to that publication; Please visit https://support.apple.com/en-us/HT202039 for more information. All personal data is handled over under the terms of use and conditions of Quick Math's Privacy Policy. More details can be found here: https://s3.amazonaws.com/read.glovel360.com/pp.html https://s3.amazonaws.com/read.glovel360.com/tos.html -----CONTACT US---- Email: sub.quickmath@gmail.com * Prices are equal to the value that "Apple's App Store Pricing Matrix" determines as the equivalent of the subscription price in $ USD. 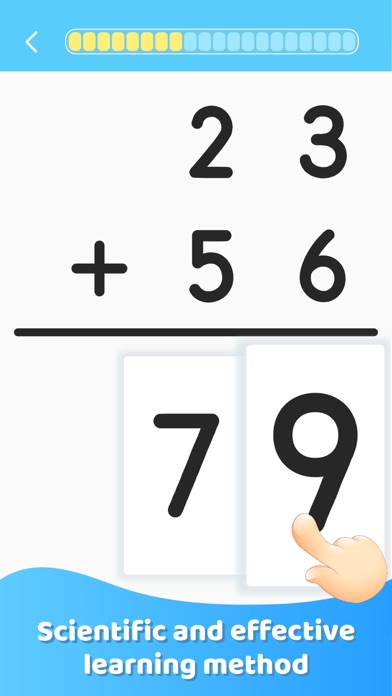 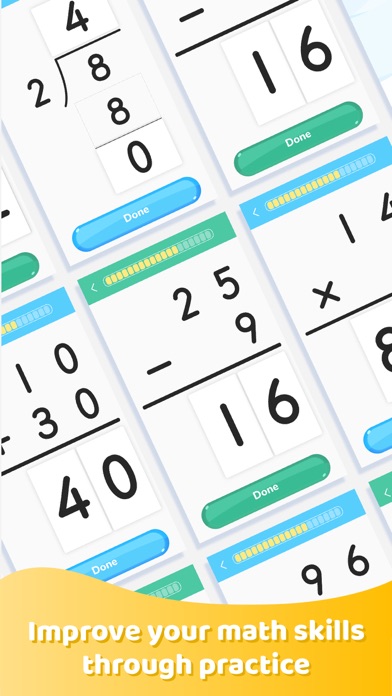 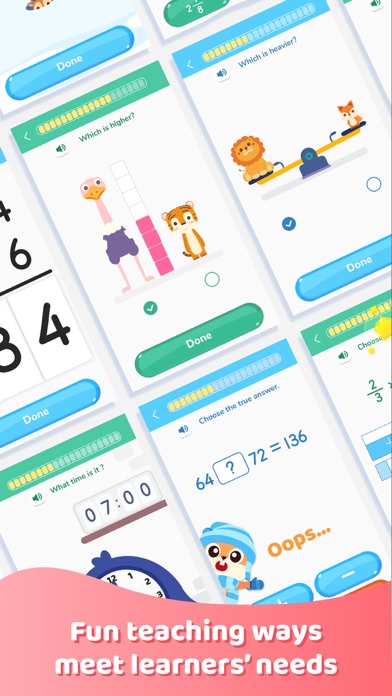 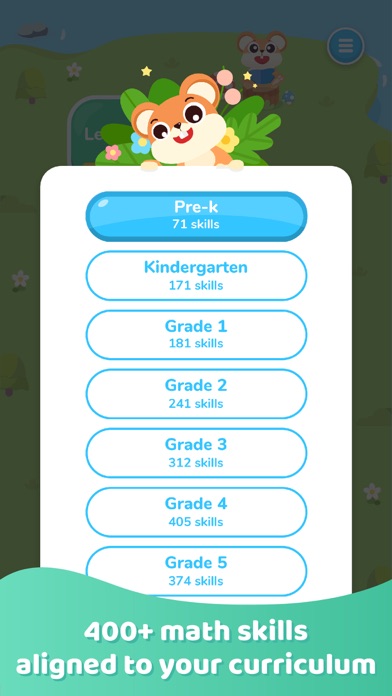 DON’T GET APP I AN SERIOUS IT IS A SCAM!!!? This is the worst App ever it lets out do 1 level an than you have to pay $54 a year whoever created this game is so cruel to kids that just wanna get better at math I put One star but I wish I could put zero🤬🤬🤬🤬😤😤😤😤😤😡😡
By Princess Averie

My daughter enjoyed this app but now I can’t even get it to open. I would like my money back, but I can’t even open the app to complain!
By Elldyan

Free trial? I don’t think so

When I saw this app I thought it was cool. But then I was doing my second round and it asked me about the free trial! Like I just want to use a math app that’s good and without free trials.
By Please no free trial

My son used this app and loved it. I purchased it for the year but have been trying to cancel it for they don’t charge me again and it won’t let me anywhere. My son learned a lot and moved up faster then what his school was teaching him.
By Txmomma29

When I first purchased this app it worked fine. But now whenever my daughters tries to play with it it opens and quickly closes. Have not been able to use for a few weeks now! We paid for a year subscription and now not able to use it. I just downloaded the newest update hoping it would fix this issue and it did not. I want my money back.
By YessieMrkl

Stop asking me if I want to subscribe because I won’t so let me play the game idiot creator.to people who are not one of the creators this is also a stupid trap
By shadowgirldemon1

Even though it says you can have 3 weeks free then 9.99$ a month cancel anytime it’s not worth it. I was hoping it would be free because of my daughter is in 5th grade. She doesn’t understand adding and subtracting. Period.
By ❤️chloey❤️

Not working as expected

Installed the app and tried, cancelled subscription but still charged the price and when tried to contact customer service no response. Now I have the app that charged me for a year long subscription but not accessible because it is asking for payment again.
By MSV5536

The positive reviews for this app are obviously fake. It is absolutely a scam to offer a 3 day trial and charge $65. It is not ok for apps to do this. There has to be a notification that the trial period is over and we will be charged. Absolute scam. I would never have paid $65 for this. So disappointed that this is allowed.
By scammedapp