LEGO® DUPLO® WORLD is packed with open-ended play experiences featuring animals, buildings, exciting vehicles, and trains to inspire your child’s imagination and creativity through learning. LEGO DUPLO WORLD is carefully aligned with the highly-regarded Headstart Early Learning Outcomes Framework to ensure it’s age-appropriate and meets the developmental needs of 2-5-year-olds. Each activity targets key learning goals for toddlers and preschool kids. In the Parent Center, you can read about the learning benefits of each activity. Your child can explore each scene to find out what’s in it, discover how everything works and—of course—play with it! Children also get to build structures using 3D bricks, stimulating their creativity. Be your child's partner in play and get them ready for kindergarten! LEGO DUPLO WORLD supports Multi-Touch, so your family can play together and on the go for shared games, learning and adventures. - 2021 Kidscreen Awards: Best Preschool Learning App—Branded - American Library Association’s Notable Children’s Digital Media List 2021 - Winner of the KAPI Award for Best App 2020 - Mom's Choice® Gold Award 2020 - Licensing International Excellence Awards 2020 winner Fun-filled play packs in this app: - NUMBER TRAIN - DOCTOR DOCTOR! - RECYCLE AND GO! - ANIMAL ADVENTURE - FIRE AND RESCUE! - AMUSEMENT PARK - CARS - FAMILY CAMPING - SPACE EXPLORERS - FARM - AIRPLANE ADVENTURES - FOOD FUN! - CONSTRUCTION SITE - PLAY HOUSE - UNDER THE SEA - RESCUE ADVENTURE - WORLD ANIMALS - WINTER HOLIDAY Thank you for allowing us to be part of your child’s journey! If you're experiencing any issues email us support@storytoys.com. PRIVACY StoryToys takes children’s privacy seriously and ensures that its apps are compliant with privacy laws, including the Child Online Privacy Protection Act (COPPA). If you would like to learn more on what information we collect and how we use it, please visit our privacy policy at https://storytoys.com/privacy Please note that this app is free to play but additional paid content is available. LEGO® DUPLO® WORLD contains a subscription service which gives access to ALL content in the app, including all future packs and puzzles. - Change your mind at any point. Cancelling can be done through your iTunes settings. - Payment will be charged through your iTunes account. - Account will be charged for renewal within 24-hours prior to the end of the current period at the price of $34.99/year, unless otherwise specified. - Your subscription automatically renews unless auto-renew is turned off at least 24-hours before the end of the current period. - Subscriptions may be managed and Auto-renewal may be turned off by going to your Account Settings after purchase. - Use your subscription on any device registered with the same Apple ID you subscribe from. Read our terms of use here: https://storytoys.com/terms-duploworld/ LEGO®, DUPLO®, the LEGO logo, and the DUPLO logo are trademarks and/or copyrights of the LEGO® Group. ©2022 The LEGO Group. All Rights Reserved. 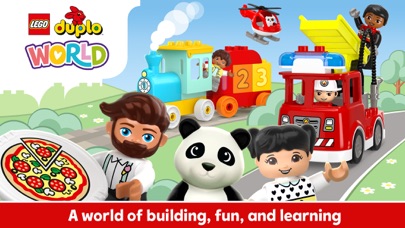 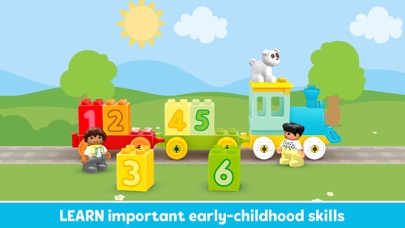 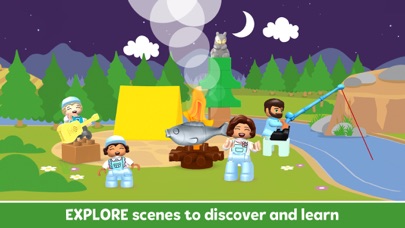 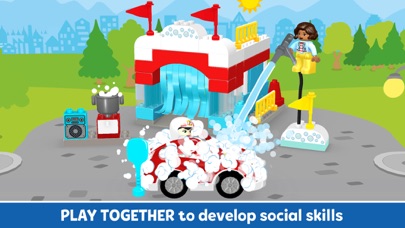 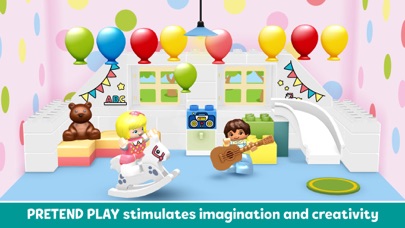 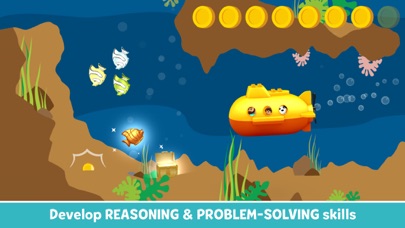 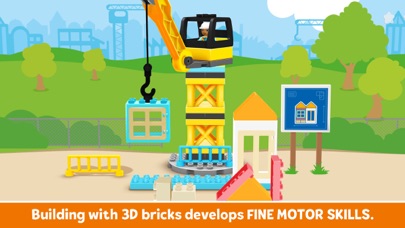 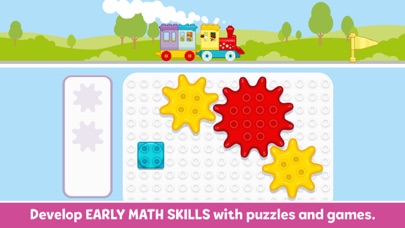 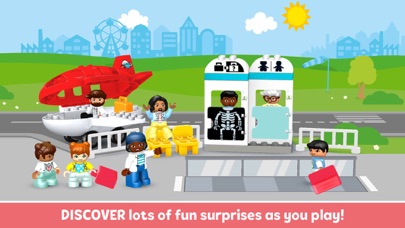 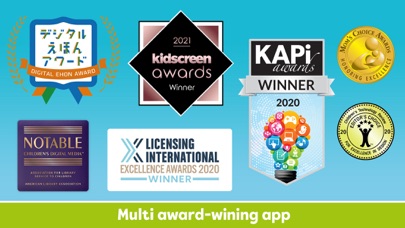 It used to be fun because I had played it on my dad’s phone and he bought me everything when I was little. So I downloaded it on my iPad for my baby brother thinking that he would enjoy it as much as I had. But sadly all he could do was the number train and trash sorting. I tried to click restore purchases but it didn’t work. I checked the other reviews and other people have had this problem. I guess the app doesn’t have family sharing. It was an overall good game (when I had all of the features). But I am honestly disappointed with LEGO. Why make a free game with boring free features. I would rather have my brother watching ads every five minutes then be playing this game using the free features. I’m deleting this
By cherry blossen

Problem with the sound?

My toddler loves this app but the sound no longer works? It used to and he had a ton of run with the fire trucks and animals but now there’s no sound at all. I’ve tried messing around with the sound within and outside the app, tried removing and re-downloading the app, but still nothing. Is it a bug? He gets so frustrated that he can’t hear any of the noises (all other apps with sounds work)
By Sleazyroxalot

my son loves this game so much but its funny how i have to pay for most games and the app is free? it makes no sense i s dont wanna pay !,
By shshhshsnaq

I thought it was free but it wasn’t.I look for free games and there are not any i would encourage this company to make there apps free
By qwertzuiopüöä.,-.,

No sound, have to pay for everything. Deleted
By Furffle

My toddler LOVES this app but gets very frustrated because the arrows are at the bottom of the screen to change scenes and toddlers hands naturally rest closer to the bottom. Move the arrows to the top so it doesn’t accidentally change and this would be perfect.
By BMF0905

Locked most of games

No Family Sharing - total waste of time unless available

Unable to use family sharing. Disappointed.
By PurpleGoddess644

Update: I reported to Apple and requested a refund which I was granted. I made the purchase on the account I needed it on. I still feel like Lego should still offer this app as a family share option to be on any device in the family, especially for the price of it. The developer also reached out asking how they could help. The app itself is great and my son loves it (and matches some of the play sets he has). I’m giving the app a low star rating because NO WHERE in the purchasing instructions does it mention not available for Family Sharing on Apple devices! I’ve spent so much time this morning trying to figure out why it wasn’t working. I finally found in the Settings FAQ section that you would have to sign out and into account app purchased under…sorry but it’s not that simple switching accounts on Apple product. I’ve purchased from other developers and this is no issue for them but Lego can’t do it???? I’ll be reporting the purchase to Apple as soon as the option is available to do so and then make the purchase on my child’s device. Still ridiculous that Lego of all company’s isn’t able to apply the Family Share for Apple users…infuriating 😡😤
By Baff111000111

Chuggington ~ We are the Chuggineers

ShipAntics: The Legend of The Kiki Beast

Chuggington - We are the Chuggineers

StoryToys Beauty and the Beast

What Do I Wear? ~ Touch, Look, Listen

On The Farm ~ Touch, Look, Listen