Freebie Alerts will send you an alert notification each time your neighbor give away something, click the notification and if it's something that you need, you just contact that person and pick the freebie up! Make it yours first!. • Tired of seeing "23 interested" people on a free thing that you would love to have? • Tired of enter every single minute to check if theres is something new in the Free stuff section? • Tired of "First come, First serve" and when you appeared to that location the free stuff you wanted is gone, because someone took it first? Lucky b....rd! • Tired of the red "Sold" on something that you were asking but someone claim it first? Yeah, that is sad. Try our app for FREE, you will be receiving notifications in your phone in real time at the instance that your neighbor just post some free stuff. NO LOGIN REQUIRED: 1. Install the app. 2. You are ready to receive FREE ITEMS! That's all, Simple. Smart. Easy. YOU WILL GET FREE STUFF FROM: • Nextdoor • Letgo • OfferUp • TrashNothing • Freebie Alerts • And More! ---- Remove Ads with In-App Purchases: Freebie Alerts is a free download. If you purchase the service, you will be charged a monthly or yearly price according to your country and which item you purchase. The price will always be shown in the app before you complete a purchase. Payment will be charged to your iTunes Account at confirmation of purchase. Your Freebie Alerts subscription automatically renews at the end of every billing period (as determined by your purchase of monthly or yearly service) and your iTunes account will automatically be charged within 24 hours PRIOR to the end of the current period. You can turn off auto-renew at any time from your iTunes Account Settings after purchase. Any unused portion of a free trial period, if offered, will be forfeited when the user purchases a subscription to that publication, where applicable. Terms of Service: https://app.termly.io/document/terms-and-conditions/7ae32ee0-3187-4867-9a2d-3f07d9e592c6 Privacy Policy: https://app.termly.io/document/privacy-policy/3cb47697-ad43-4c68-bad4-e897736698b6 ---- Freebie Alerts does not have any kind of business nor commercial relationship with Nextdoor, Inc., LetGo.com (Ambatana Holdings B.V.), OfferUp, Inc and TrashNothing.com, This is a 3rd party app. 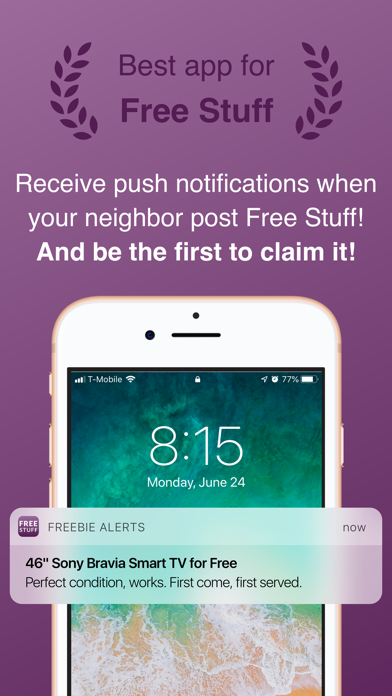 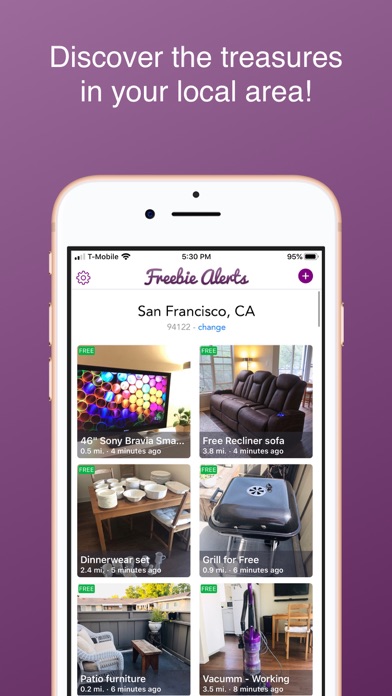 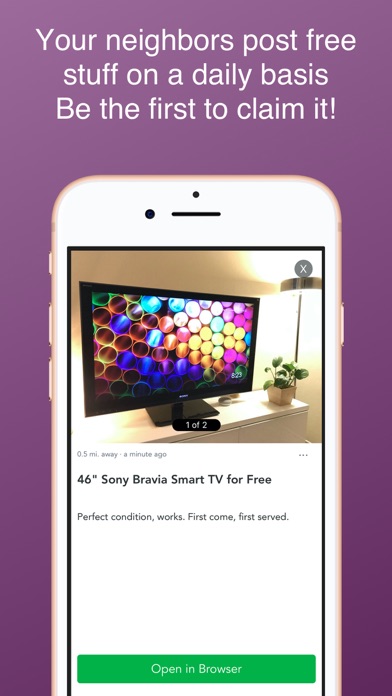 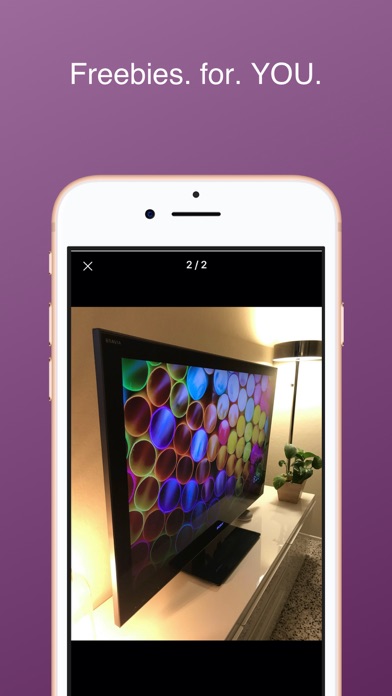 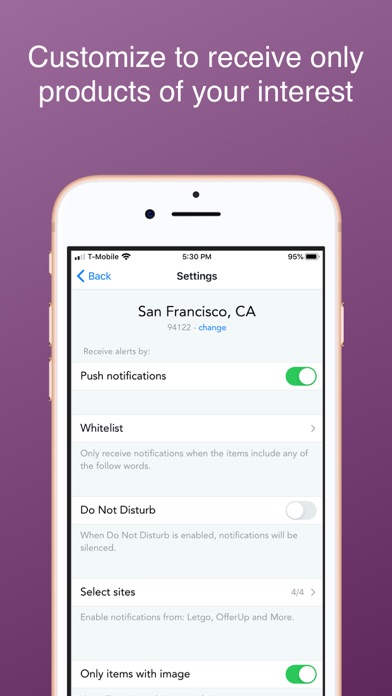 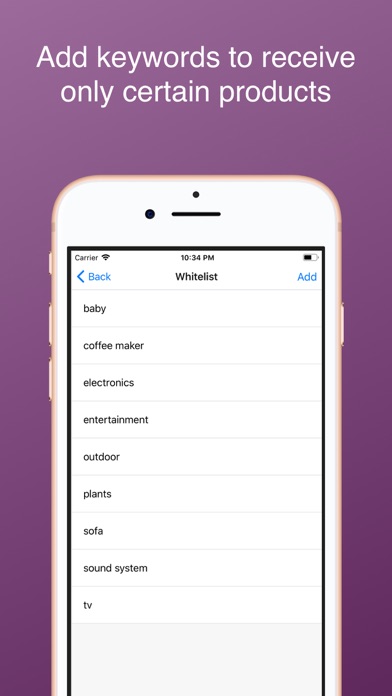 Love this app
By Guffs girl

Just echoing what some others have said - about the implementing of additional apps to be able to add to the filter/list. A suggestion (personally at least): Rather than having just the Whitelist On or Off and that be it as far as that option goes. Maybe have it as an added option. So like, we can choose to keep it as if it were toggled off and currently are viewing everything, but as we whitelist, it continues to show everything, but prioritizes our tagged words at the top before the UNtagged words, so that we don’t miss any potential listings that perhaps are worded differently (weird/special/mis - spelling, secondary characters, emoticons, unique terminology, etc).... OR.....add in a Blacklist option either in place of the Whitelist, or as an option in itself, since there’s not the aforementioned setup, it’s a bit tedious (& risky with my above issue) to type out every single word(s) & phrase(s) of item(s) you DO want to see, rather than a more fine-tuned list of item(s) you don’t want to see. As I feel like for most people, there would be far less to add to the list you want hidden than to what you want shown. At the very least, to avoid the excess efforts; imo; having the spread of choosing between those 3 selections would be much more user-friendly & act as much more accessible of a filter so to speak. Unless the possibility of a full-scale filter is maybe in the potential plans? But as far as the toggled listing options, I think a blacklist would be preferable by many opposed to a whitelist alone. Or at least having it as a priority listing order rather than it being tuned specifically to the list of words you give it. That narrows it too much per the unforeseen exclusivity of how people are titling their listings unbeknownst to the potential outreach they’re posts can have. Otherwise, so far enjoying it! If only I had an extended cab pickup truck w/ an extended flatbed trailer then I’d be able to capitalize.
By JKeeK

I’m very pleased with the app. I did notice that sometimes there is a bug with iOS 14 on my iPhone 12 where I click on a alert notification and it takes forever to open the app. This doesn’t happen on my old iPhone X that I use alongside it. The only major issue I have is that I purchased a free version, not to get rid of the ads, but because the app stated that purchasing the paid version would let you see the alerts first, heavily implying that if you pay for the app that you will get the notifications sooner. I would advise that the app developers consider delivering the listings a minute earlier for paid subscribers to incentivize purchase.
By cjdavis1978