MotoAmerica promotes the AMA Superbike Series. Sanctioned by the American Motorcyclist Association (AMA) and the Fédération Internationale de Motocyclisme (FIM), it features five classes of road racing - Superbike, Stock 1000, Supersport, Twins and the Liqui Moly Junior Cup. App offers yearly auto-renewable subscriptions. Annual subscriptions are available Payment will be charged to iTunes Account at confirmation of purchase Subscription automatically renews unless auto-renew is turned off at least 24-hours before the end of the current period Account will be charged for renewal within 24-hours prior to the end of the current period, and identify the cost of the renewal Subscriptions may be managed by the user and auto-renewal may be turned off by going to the user’s Account Settings after purchase Terms of Use: https://www.motoamericaliveplus.com/tos Privacy Policy: https://www.motoamericaliveplus.com/privacy-policy 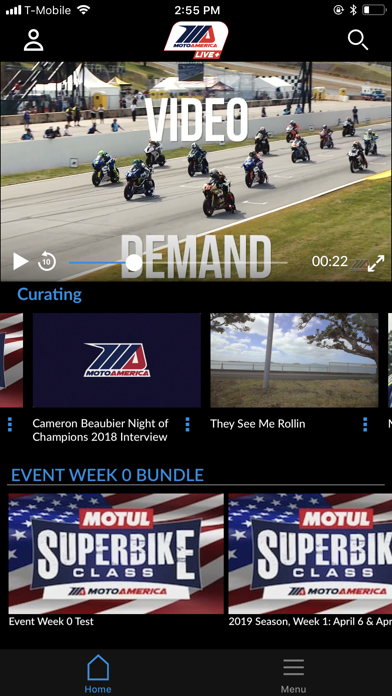 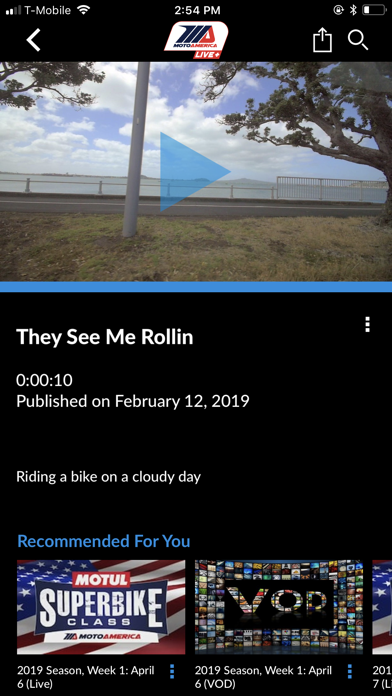 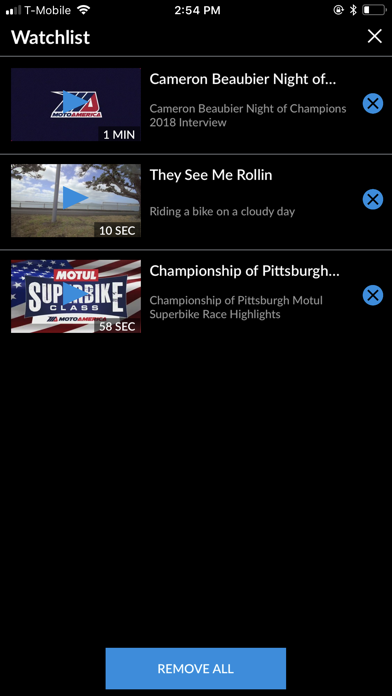 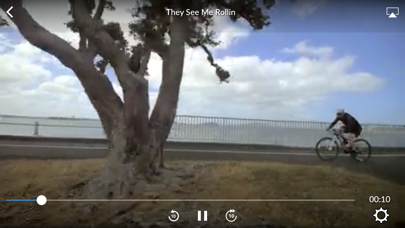 The app works great for watching the live races and rewatching previous ones. There is not, however, anywhere on the app that lets you see the upcoming schedule or current standings. Fix this, and it will be a very solid platform. Maybe even some superbike fantasy team action??? Now I’m just being picky though.
By Matildathegun

It’s the only I know of to watch the races on TV without cable, but it barely works. It’s extremely unreliable. Even when it finally connects, it by default streams at 320p. I have to stop and change the resolution and again endure the nightmare of having it try to connect to my TV. Who watches races on their phone? Of course I want to stream it to my TV but this hasn’t occurred to the developers. For a paying subscriber this is a disservice.
By smozes

Can’t wait to watch all the racing. Love the racing. App has the right intent. Hard to use on iPad and iPhone because the pause, rewind and fast forward buttons are finicky. Would love a Apple TV or Mac app version to watch on bigger screen. Please help! Working this app is the most frustrating experience of the great racing.
By skabarbro

Just paid $75 for an app that claims to have live racing and all there is is last years content? There’s live racing going on as of yesterday? Where’s the 2020 content? Total rip off.
By The Big D456

Be aware that this auto renews! They claim that a “fair warning” email goes out but if it goes to your spam folder and you don’t want it guess what... you’re screwed!
By HK45 Greg

App runs slow and clunky. The MotoGP app is much faster and cleaner. I believe both are put together by the same people but it seems like MotoGP got all the attention and MotoAmerica was an afterthought. I can easily stream MotoGP to my television but this app boys down and kicks me out repeatedly.
By rddrappo

App works great on my iPhone, only complaint is that it doesn’t have the option to cast videos to my TV using chromecast. A basic, necessary feature IMO, come on MA!
By 5quidward

Fix some minor things and I’ll love it 1. The buttons during playback are really hard to hit. The symbols can appear the same size but the reactive parts need to be a good bit bigger. 2. If I’m tapping pause-play-pause-play repeatedly, the controls should not disappear. 3. Allow me to disable auto-play of any media when the app opens, whether it’s a live feed or the [cool] intro. I have to pause it every time (whether opening or returning to the main page), and see #1 for added frustration. 4. Date-Time stamps on the video listing that indicates the event start. Possibly an alternative or an additional helper is an order of events (1, 2, 2A where 2A might indicate simultaneous footage like in onboard video) 5. Progress indicators in the video listings so I know how much I’ve completed or have remaining or if I’ve watched it at all. There are some other things that could improve the experience, but addressing those would make this a solid 4-star app and greatly improve my enjoyment of Live+. Add things like download ability and a watch list concept and I could easily give this 5 stars if executed decently.
By Brokened

The reliability of the streaming was getting better as the race season progressed although the quality of the picture wasn’t that good. This week, the definition of the picture has increased but the frame rate has been reduced. And now, on the last lap the picture goes blank. Very frustrating!
By lookseewatch

Very choppy live feed, which means it really isn’t a live feed! Audio is hit and miss. The commentating is so so! App needs some serious work. One more weekend of missed races and I’m asking for a refund!!
By Drink Like a Fish