Join Red, Chuck, Bomb and the Blues to save the stolen eggs in Angry Birds AR: Isle of Pigs, a mobile Augmented Reality (AR) adventure! Discover the remote island where the greedy green pigs vacation in over 40 fun-filled levels (with more to come). You can see the incredibly realistic characters, along with the entire game, overlaid onto your actual environment, bringing Angry Birds to life like never before. Make your way up to party city through the island’s jungle, desert and frosty hideout, destroying their structures in the most spectacular way to earn maximum stars and retrieve the stolen eggs. Take the slingshot into your own hands to fire off your favorite Angry Birds at structures that seem like they are in your actual environment, whether it be your home, your office or outside at the park. With AR, you can physically walk around structures overlaid onto objects in your own environment to find weak elements, identify different angles for the best accuracy, as well as uncover hidden surprises in order to take on the green pigs, earn more points and unlock more content. You can even make the game large or small to fit your space and customize your experience. Start the adventure today! Need some help? Visit our support pages, or send us a message! https://support.rovio.com/ Terms of Use: https://www.rovio.com/terms-of-service Privacy Policy: https://www.rovio.com/privacy This game may include: - Direct links to social networking websites that are intended for an audience over the age of 13. - Direct links to the internet that can take players away from the game with the potential to browse any web page. - Advertising of Rovio products and also products from select partners. - The option to make in-app purchases. The bill payer should always be consulted beforehand. - This application may require internet connectivity and subsequent data transfer charges may apply. After the initial download, additional content will be downloaded and this may include data charges. 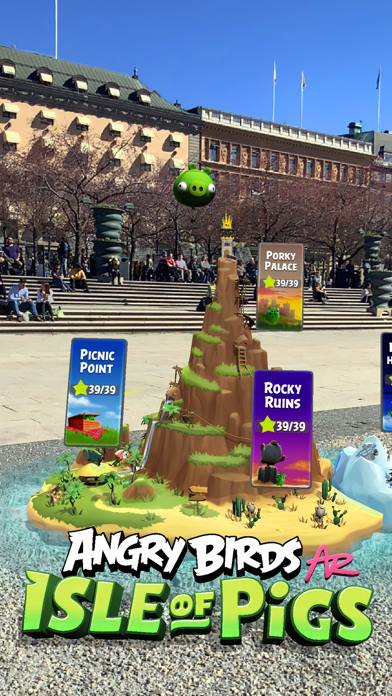 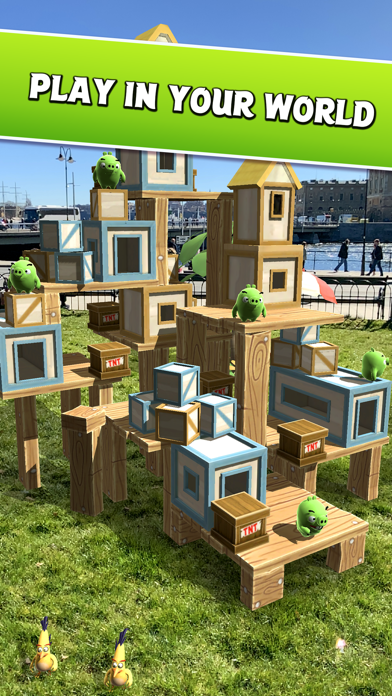 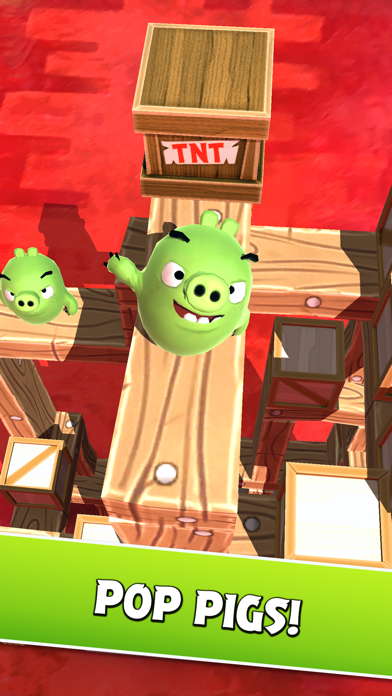 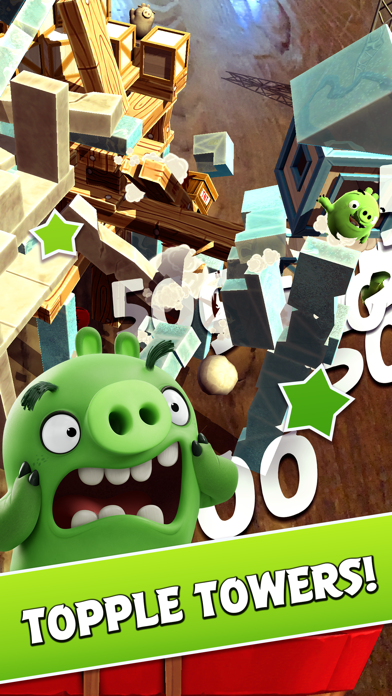 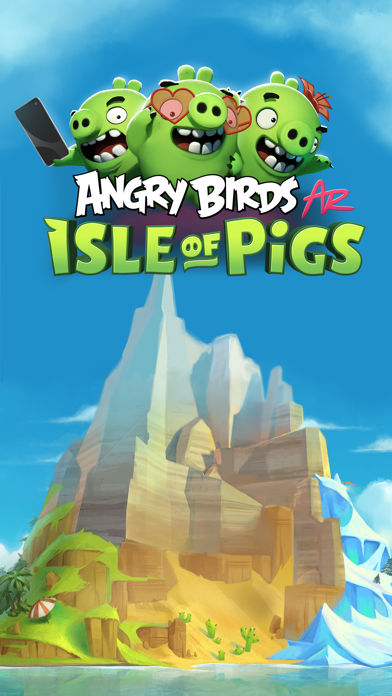 Ads ruin what would be a good game

The ads make the game unplayable. Paid $5 for ad removal...and ads still appear. Do not download and most certainly do not pay the $5 to remove ads.
By Smash cop berg

First, I have to take my case off to play. Fail. Second, it won’t get past the first screen, pointing the camera at a solid object. Decent idea, doesn’t work in real life.
By Drathaar

Been playing angry birds the original since it was released YEARS ago. It was my go to offline game to kill time seeing how EVERY mobile game now requires an internet connection. That game did not and now it’s gone. Even angry birds EPIC I loved and they took that too. Get your **** together guys!!! You don’t have to follow suit, this isn’t spades.
By CoreyBailz

I have an iPhone 8 and I can’t even get 10 seconds into this game without it kicking me out. If ur gonna make an AR game the least u can do is make it work. It’s laggy, glitches, and doesn’t load. It’s a deep disappointment
By Red plz eokebsejhsbshsjdjr

It uses the camera so it drains battery way too fast. If you have pets or kids its very difficult to hold game steady to aim, that is after you finally get it to recognize a level surface! Ugh, frustrating and not fun
By Tygr2021

Hi. I am 12 years old. I been playing angry birds since I was 4 (8 years ago). I love the games you make and sometimes the new ones. But there’s a problem with the game when I play it. You see this game runs my battery faster than you could say I need to charge my phone. 1 minute pass and the battery could be from 66 to 52. I love the game but the battery percentage juice it takes it way to much. In my entire 8 years of playing angry birds o have never played an angry birds game that takes your battery juice way to fast before. It’s ridiculous how fast it takes. I just hope you change that for now I’m not going to play the game. -Dear, some random kid
By RaidenM

Good game, something is irritating me. So I’m just about to pass level 23 and Boom it exits me out of app, back at the home screen. 8 mins later, BOOM excites me to home screen. Again next day. 2-4 times each day/hour. So frustrating.
By sqiump

Not bad and not good as well

I have a iPhone 7 and I found I want to play it because a week ago I starting to play angry birds again and this game overheat my phone after 2 levels and after trying to get 3 stars in level four in the first world the game was broke and I could not play the land to play the game and the last time before I give up and remove it and loading screen glitch and red,Bomb,and Chuck glitch and the body was on the top to the place there are and I feel like the game was killing my phone and I just played this today and I already done with this game and I download the game not even a week ago if you have a old phone DO NOT DOWNLOAD this game if the phone is old and I think need a very good phone to play the game good without damaging your own phone by overheating.
By cristiansolis-

People give 1 stars for a reason