NOTE: A device with at least 2 GB of RAM is required for this game to run properly. Prospective owner of a Freddy Fazbear's Pizzeria franchised restaurant, we want you! What starts out as a simple pizza tossing fun turns into something much, much more. Push through the glitchy arcade game to reveal that you are at your own Freddy Fazbear’s Pizzeria! Browse our catalogs and purchase your first attractions and animatronics, customize your decorations, and above all make sure that all the equipment is working properly before opening the doors of your brand new Freddy Fazbear's Pizzeria! After a busy day, wrap up the paperwork and shut down your business (often late into the night as you build your own business!) Be careful, however, of what could possibly lurk in the air vents. If anything should catch your attention, turn your flashlight straight into the vent to repel it, Fazbear Entertainment supplies batteries free of charge to all of its franchisees! The next day, assuming you have survived during the night, reinvest your income from yesterday in new equipment. Develop your little pizzeria, day after day, to see it become an empire of catering and entertainment! Fazbear Entertainment provides its franchisees with all the tools and knowledge necessary to create and manage a welcoming, secure and profitable location. Oh and if you feel up to it, try to salvage some of the animatronics that wander outside your restaurant. They are trying to get in for months now, better not miss on the opportunity to pick up spare parts and rake in some additional revenue. If you detect any instability or aggressiveness in any of them, use the self-defense taser that Fazbear Entertainment provides free of charge to all of its franchisees. This puts an end to the assistance that we are legally obligated to provide. Fazbear Entertainment cannot be held responsible for the disappearances, deaths or mutilations that may occur as a result of operating the Freddy Fazbear's Pizzeria franchise. Don't wait any longer and start today! NOTE: Game entirely in English. #MadeWithFusion 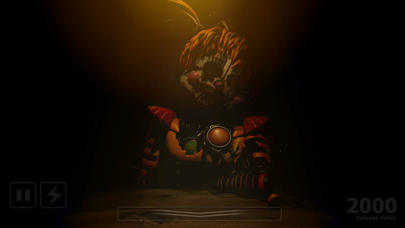 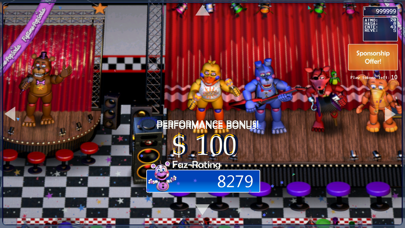 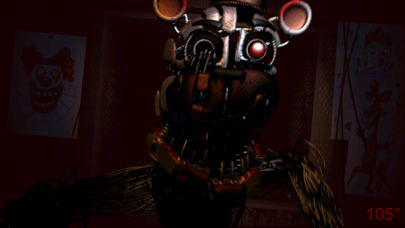 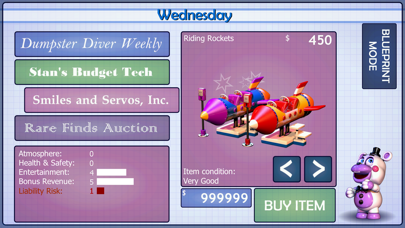 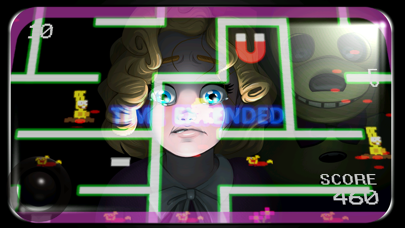 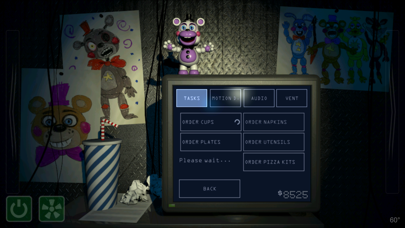 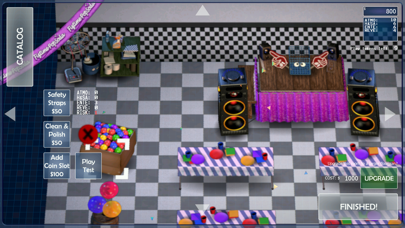 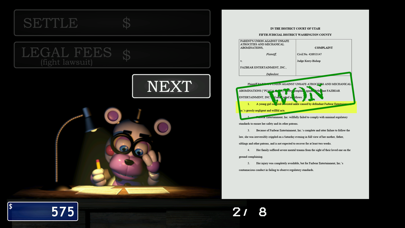 great game but a mibor detail

this is a awsome game i just love tycoon based games but the jump scares are just the animatronic inserted into the background but all out really good game cant wait for security breach...❤️❤️
By lrminosky

You sure went down a new path!

I absolutely love all of the FNaF games and their lore but I thought maybe you could put sort of a practice mode where the animatronics don’t jumpscare you every time you order pizza but I know that’s what the game was built by. I mean it could be fun for people that know the puppet is inside of lefty but don’t know how to shut a door in the game. I seriously love the insane lore in this game but can’t survive a jumpscare-bear to save my life. Also did you really set the games up like the nights 1, 2, 3, 4, 5, 6 (for lore) and ULTIMATE CUSTOM NIGHT! I mean that’s actually pretty smart. Keep the games, books, and merchandise coming because this series should never die.
By Litlesouthrngirl

When I first heard of this I was excited and happy, this game has no issues once so ever and I’m hooked to this game, and ever since the devs of fnaf and Scott Cawthon made UCN, it made this game a lot more fun, personally I feel like this is the best fnaf game
By Dolllygurl

This FNaF tycoon is so cool! I love the graphics, the animatronics (they literally are scary), the furniture, and more! Tysm Scott Cawthon for create this awesome scary tycoon! - Suki Meki. ◕◡◕ Note: Made with love. ◕◡◕ ◕◁◕
By hmm... es bueno

I played this game because My cousins had it, and was it hard. When I got to night 3 it was IMPOSSIBLE for me! I went for YouTube for tips and everything, and I still couldn’t complete it. Don’t get me wrong, I like this game a lot. Just if I had to change one thing I would make it easier.
By Grayson7668

So I’ve been playing the Fnaf games for a while, and this one is probably my favorite, Fnaf 3 being the second. I like the idea of it, it’s a tycoon with more thrown in. Yes, the nights are hard because you don’t have much to defend yourself with other than your flashlight, the audio, the motion detector, and your sense of hearing. Not sure if it’s just me but when I activate the silent vent mode thing, the vents are still very loud. Not sure if it’s just me or if others suffer it, I don’t know. I’ve also noticed that sometimes the animatronics don’t come in when the room is boiling (there’s some advice, doesn’t always work though). And finally, two minor suggestions. The first being, could there possibly be a way to block off a certain vent for a certain amount of time? Say you block off a vent, but (literally) 10 seconds later the vent opens up again automatically? I understand that this game is suppose to be challenging, but I thought that might be a little helpful. And the last suggestion, maybe when the animatronics are very close to you, maybe you could see the glow of their eyes depending on how close they are? I just thought that would be a cool feature and give the environment a more eerie feel to it, considering the fact that you know that they’re right next to you. Anyways, thanks! Keep up the good work, Scott!
By Olivia loves 🐯's

BEST FNAF YET, 1 suggestion though

This is the best fnaf game yet. The tycoon mode is great, the salvage is rly scary, and the office faze scares the living daylight out of me. Also, there are multiple endings to this game which I thought was rly cool. The one SUGGESTION is I wish in the office faze you could see if the animatronics are at ur door, cuz sometime I don’t know which vent their coming from. 1 last thing, I beat this game but still, it was pretty hard and took 3 months. Fnaf is the best game out there.
By YoBoy MUFFINS

I love this it’s not my favorite but amazing!
By nehem7ej