Facetasy Camera, the all-in-one camera, photo editor and face changer for you. There are varies of filters, stickers and editing tools inside. Whether you are a experienced phtographer or an amateur selfie lover. We bet you'll enjoy an unique experience. All-in-one Photo Editor * Innovative filters give you a glowing and supple complexion. * Exquisite tone curves, tune your photo like a pro * Adjustable saturation, contrast & brightness effect. Face Lab * Give you real face switch experience. * Dozens of faces are ready, you can swap with any of them as you like. * Instantly and convincingly aging your face for 20 years. Play with Stickers * Makeover with glasses, hairband, jewelry, and other ornaments. * Kinds of body related stickers! Abs, Tattoos and more are coming. Variety Pose Samples * Follow the guideline and easily get the fashion blogger style's pictures. Privacy Policy: https://facetasycamera.wixsite.com/facetasycamera/privacy-policy Terms of Service: https://facetasycamera.wixsite.com/facetasycamera/terms-of-use If you subscribe via iTunes: Weekly Premium: subscription renewal time period is every week Monthly Premium: subscription renewal time period is every month Yearly Premium: subscription renewal time period is every year Content provided during subscription period: - Weekly update new materials - Unlock all the premium stickers pack - Access to aging face feature Payment will be charged to iTunes Account at confirmation of purchase. The price will be differed from country to country according to the Price Matrix. Renewal: Account will be charged for renewal within 24-hours prior to the end of the current period, and identify the cost of the renewal. Subscription automatically renews unless auto-renewal is turned off at least 24 hours before the end of the current period. Any unused portion of a free trial period, if offered, will be forfeited when the user purchases a subscription to that publication. Subscriptions may be managed by the user and auto-renewal may be turned off by going to the user's Account Settings on the device or through https://support.apple.com/en-us/HT202039. When canceling a subscription, your subscription will stay active until the end of the period. Auto-renewal will be disabled, but the current subscription will not be refunded. 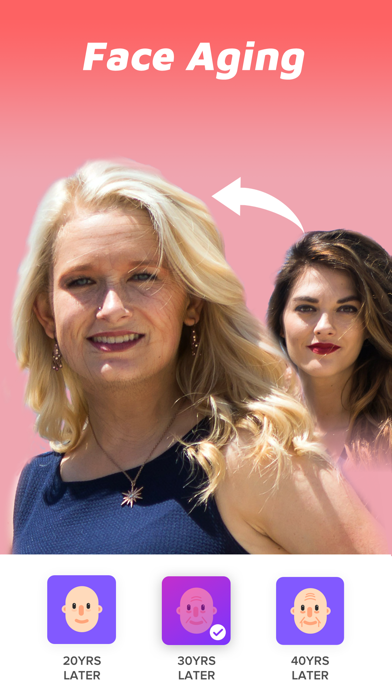 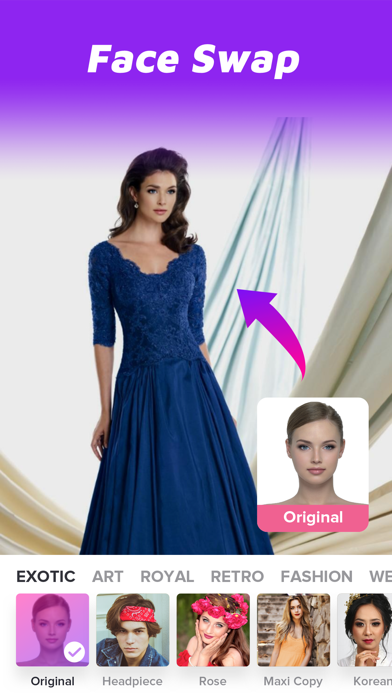 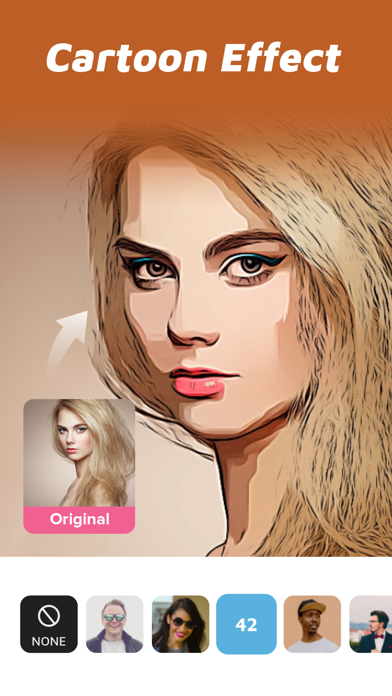 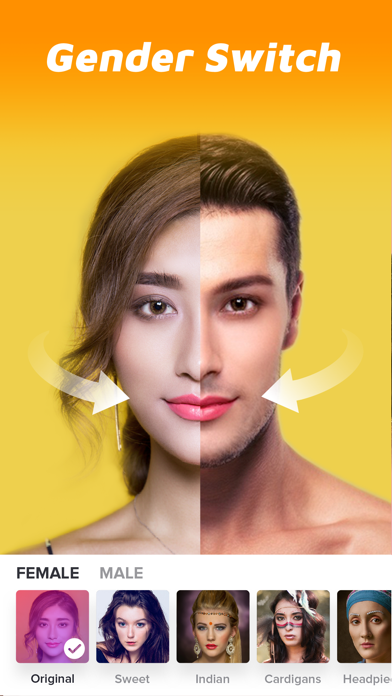 Why I HATE this

DON’T GET THIS APP

The commercial is fake, it’s all FAKE, it’s so bad, for example, let’s say the part where you can see how you look like when you get older, it’s not worth it, it’s the same as taking a marker, and drawing wrinkles, and I bet the 2 five star reviews are made from the people who helped make this app. I REPEAT, DO NKT GET THIS APP
By cjshsvfjndfv'

I can’t cancel the subscription
By wow dre

This app is dumb

You should have to pay 7.99 for some app. So what if it changes your face, your doing it for such a typos price it’s not worth it! I suggest you do not download this app. It’s not worth it and will waste your time.
By Sophia N. Hart