Rally, the new free-to-play game from MLB, lets you call the shots. Make live game predictions, earn points , and climb the leaderboard to compete for daily cash prizes. Trust your gut and play along, predicting live results as baseball’s stars take the field. ****Rally Features (iPhone)**** Make pre-game and at-bat predictions during live games Earn points with correct picks Follow the pitch-by-pitch action as it unfolds in real-time Climb the leaderboards by earning the most points Earn cash prizes each day by making the best predictions No payment necessary to play and be eligible for cash prizes NO PURCHASE NECESSARY. Open to legal residents of the U.S. 21+ to compete for prizing. Entry period and prize for each contest varies. Limit one (1) entry per person, per contest. Void where prohibited. Restrictions apply. See Official Rules, which govern, for complete details: http://www.mlb.com/rally/official-rules. ****How to Play Rally**** Make Your Picks - Predict what will happen before and during the game! Earn points for picks you get right Follow The Action - Make picks each day across the entire league. Play along with the action and predict the outcome of each at bat Climb The Ranks - Rack up points to climb the leaderboard and win Compete For Cash Prizes - Winners take home cash Every day, winners with top scores take home a share of a large cash prize Privacy Policy: mlb.com/privacy Terms of Use: mlb.com/tou © 2020 MLB Advanced Media, L.P. All Major League Baseball trademarks and copyrights used herein are the property of the applicable MLB entity. All rights reserved. 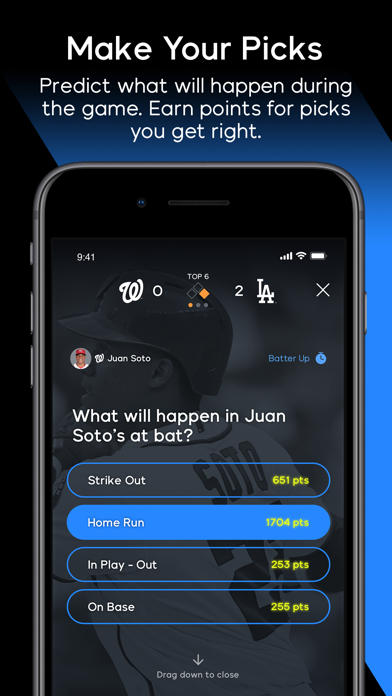 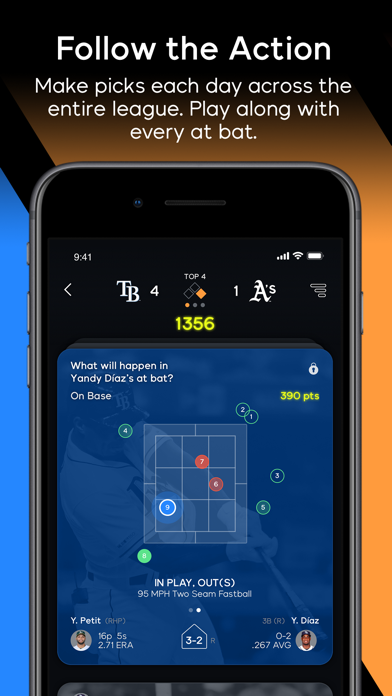 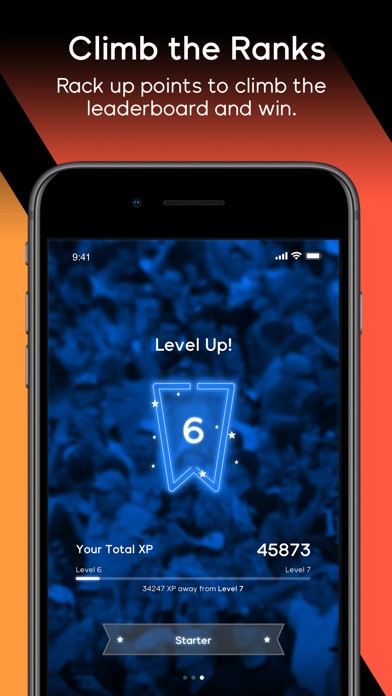 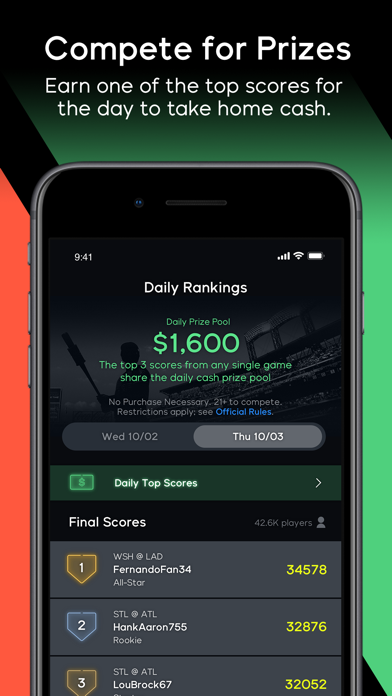 Fun, but in serious needs of a makeover.

Fun to play, but as many people have mentioned already the game’s design is seriously flawed. Home runs are weighted way too heavy, outs are counted as on base, delays, etc.
By coleslawww4

Wow! Non-Stop Fun! If you like baseball this is the game you wanna play!!! Pick who will hit that homer to who will strikeout! You have to pay attention because if you blink you could miss out on a pick! So sign up and play! Today was my first game and I came in 428 out of 2400 players! What a Blast! Makes MLB Baseball so much better! I don’t even care anymore when the home plate umpire makes a bad call on a pitch!!! Time to RALLY !!!!
By PresidentBozo

They don’t fix their errors

I thought I’d give this a go. Love that they put the delay for fans like myself who are streaming... but I went and picked something that actually happened during the game and it says I got it wrong.. for example Braves v Dodgers, I picked Acuna JR. To strikeout and it says he got hit by a pitch, when he actually did NOT, and then it re-updated saying he struck out but it still shows my answer was incorrect and didn’t give me the points. Smh
By Rioni13

This was a fun app until tonight’s game between the Braves and Dodgers. It has frozen twice. I had to delete and reinstall and wait for it to go through every batter to give me my score back. I thought maybe it was the new delay so I took that off but it’s frozen again. Deleting app. Good idea but no way to refresh and you have to delete and reinstall during the game and miss your picks.
By Tina7124

Doesn’t sync, requires too much time on phone

Doesn’t sync with broadcast, despite what the update claims; impossible to watch the game and make picks. It’s a constant game of refreshing your phone to see if the next option is available. The weight given to home runs makes picking any other option a direct road to losing; if you are not picking home run every time you cannot win. And good luck getting all your picks in bc as mentioned, you’ll spend more time looking at your phone than the game trying to keep up with picks
By I heart rock stars

juice aint worth the squeeze

timer feature - it still cycles to the next player without any delay - so you can still tell when the last batter of an inning gets out, or when anything happens to end an at bat. in general, its way too hard to finish in the money with tens of thousands of players and only 3 prizes. put 4 - 100 in a raffle or something to make it worth playing past the 5th inning and maybe i’ll dl it again. deleted for now.
By Lee Anthony

This is good
By lucky03

How about being able to change your pick while the bat goes on. Depending on the count.
By woodie8meza