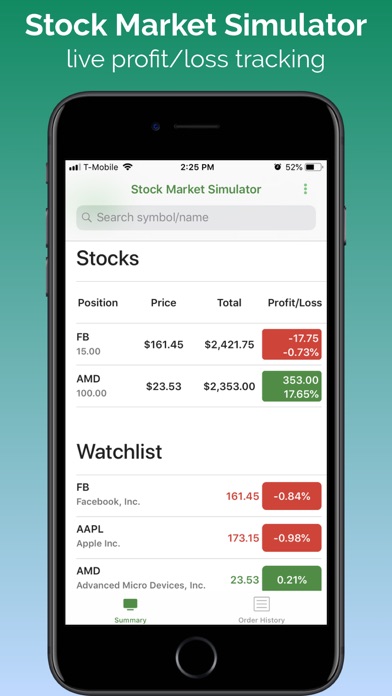 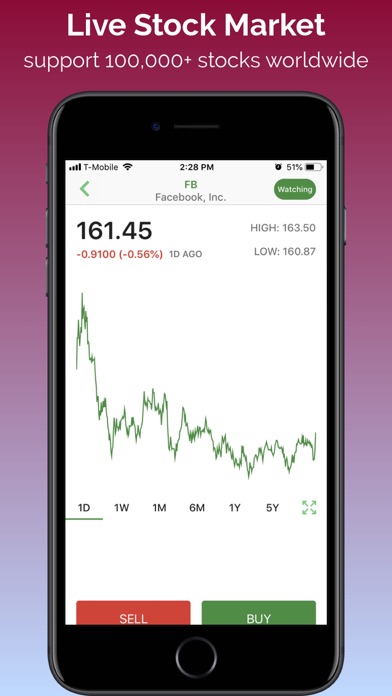 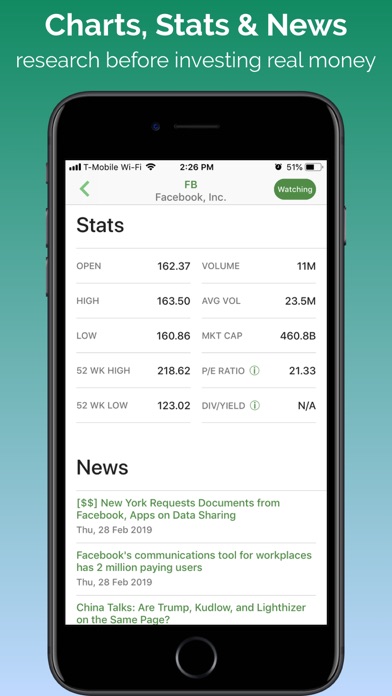 This game is a great way to practice stock trading. They have accretion information and everything. They tell you your “video game net worth” on all of your game money and stocks. They have the exact price and value of the stock and they have almost all of the stock in the world in the game. Speaking of all over the world, you can chose the currency and country of the stocks that you want to buy. It is very detailed but it is super easy to understand. I feel like I am a stock broker when I am playing the game. I think that if I play the game until I am 18 when I can by stocks, (I am a kid) I will make a fortune. I highly recommend playing this game and not only will it be a blast, but you might get great practice on stock trading. Again I highly recommended playing this game and I think you will have fun. From: someone who loves this game!!!
By nathaniel nicholas hackney

I suggest if you want to use a simulator, you should have a trading viewer app as your main app and track down the stocks you want and when you decided to buy, quickly switch to the simulator and buy. Becuz the simulator doesnt have indicators and you cant be a profitable traders without them. So yeah I like it cuz its real time and simple. Only problem is in the summery of buys and sells which it doesnt shows all and sometimes some transactions are getting missed from it which I hope the devs fix it.
By ynoroozi90

I love this app, I truly believe I have gained experience and knowledge through this app. But I don’t know about anybody else, but whenever I click on the monthly chart, the app freezes.
By Nick219392859205929:

Should add futures and options trading

The perfect simulation, using real time charts and data. I’m a newb to stocks this was exactly what I was looking for
By $$$$fordays

Prices are in Euros not the almighty US dollar!

Great app but you can choose sell price

I am not going to do this to make it more of a simulator, but you can sell shares for whatever you want. Other than that, it’s a pretty good app.
By Koolgirl 333

Can Tho Nail - App Saigon Nhỏ