Archer Heroes! Enter a world where existence itself is out to eliminate you! You are the Lone Archer, the only force able to resist and defeat the oncoming waves of evil. Step up, stack up awesome skills and fight like your life depends on it, for the never-ending waves of enemies will never give up. And remember, once you die... the only way is to start all again! So be careful! Enjoy creating countless combinations of unique skills all designed to help you survive. Crawl your way through different worlds facing relentless monsters and obstacles. Key Features: • Random and unique skills to help you crawl these dungeons. • Explore beautiful worlds and hundreds of maps in this new universe. • Thousands of never-seen-before monsters and mind-boggling obstacles to defeat • Level-up and equip yourself with powerful equipment to increase your stats. If you have any questions, feel free to ask us anytime at: archero@habby.fun 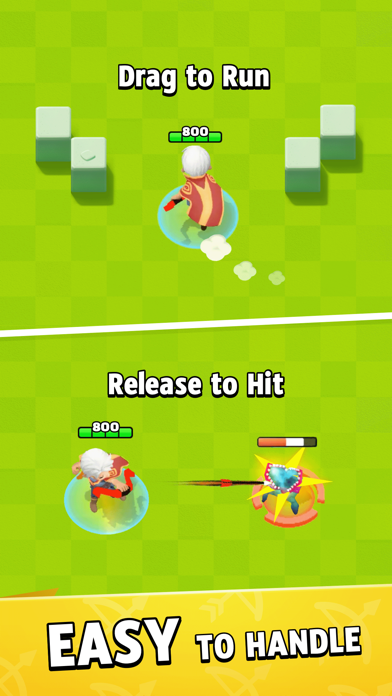 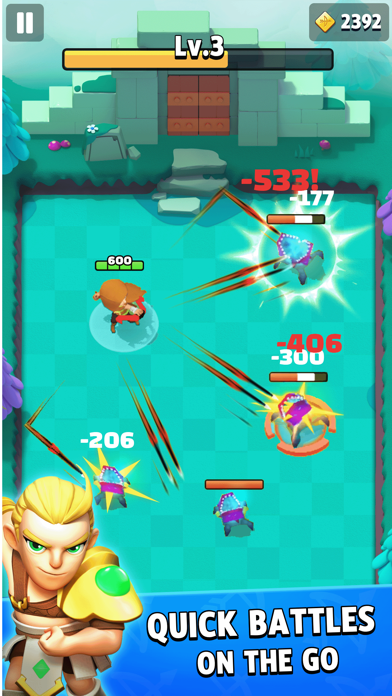 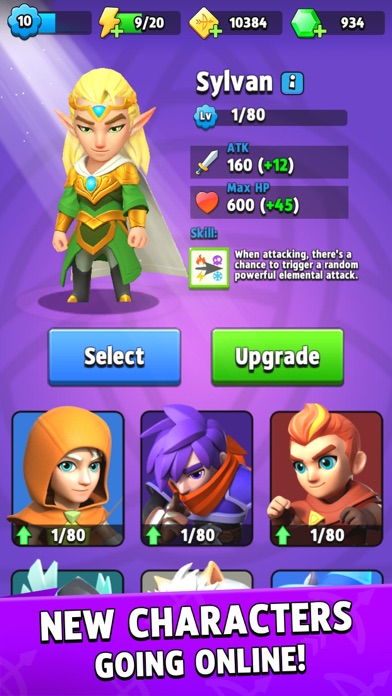 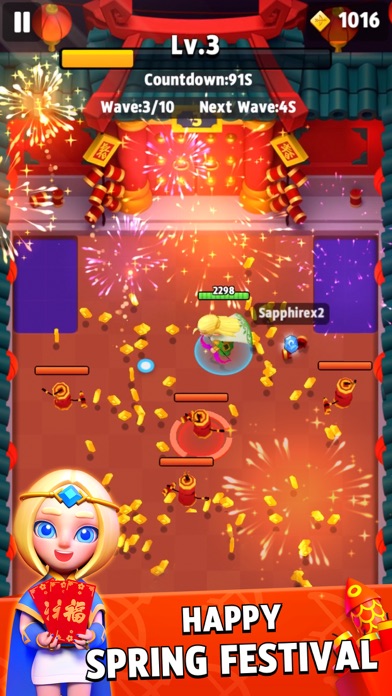 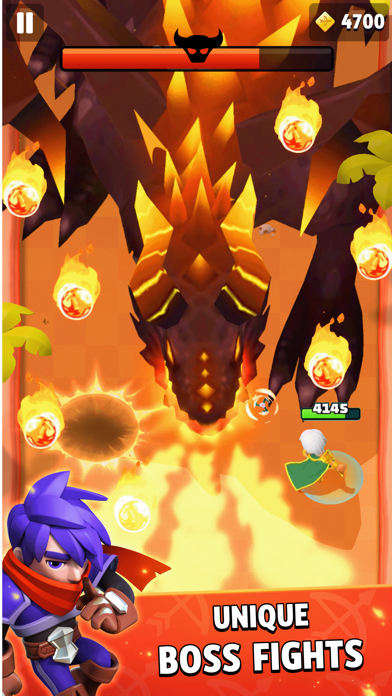 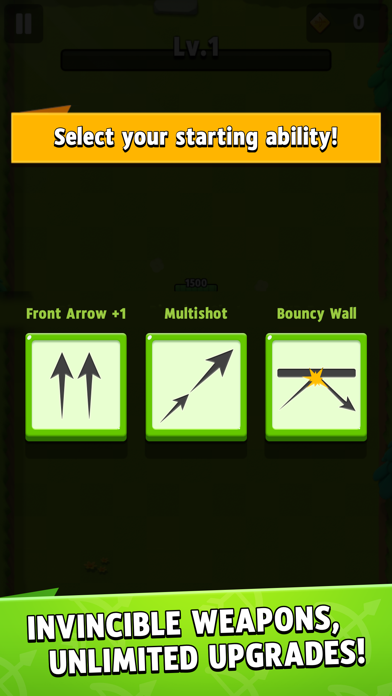 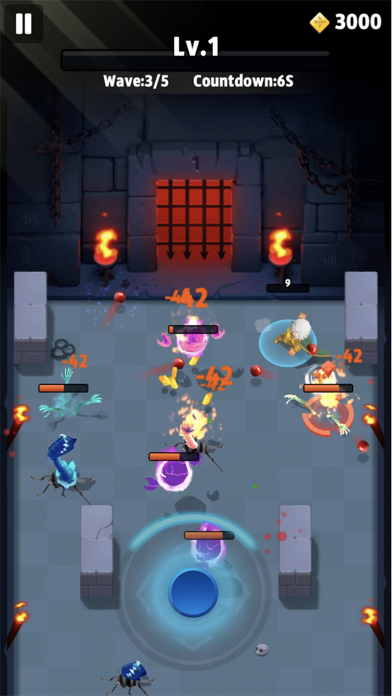 what vungle ad wanna do ?

a century long AD?
By higuitar

so my last TWO feedback/reviews are addressed and all you reply back is “ excuse me, what happened? “!! like thats all you archero creators can say? like the issues i mentioned is in black and white clear as day.
By timmy401

Great games with just a couple of flaws.

UPDATE: Really? Almost $20 dollars for a freaking hero? Absolutely ridiculous. Lowered my rating. First off I want to say I’m addicted to this game. I’ve been playing it for a few months now every day. It’s a perfect time killer you can play with one hand. The good: It’s simple. This should be the standard mobile devs hold themselves to when creating a mobile game. This game is simple, easy to understand, and most importantly it’s easy to pick up and play for 45 seconds while you wait in line at Starbucks or play for 30 minutes at home. While it is simple, it also has enough depth to be interesting. There are several different weapons which all handle differently and have different abilities. Different pets, armor and charms all add a hint of depth to the game. The gameplay loop is awesome. You go to room to room killing all the enemies in that room to proceed. After each room you get XP and when you level up you get to choose from one of 3 randomly selected upgrades. These range from raising your attack to increasing your health to giant meteors crashing down on enemies. The bad/okay: Levels. So there is a leveling system in the game and it means absolutely nothing. You get 20 or so gems with each level. But no bonuses, no attacks boost, no health boost, nothing but a few gems. Making the leveling system something I don’t even think about. Couldn’t even tell you what level I was without checking because it doesn’t matter. They could take it out of the game and it wouldn’t change anything. The balance of worlds. So the game is split into 13 worlds as of this review. Once you beat all the stages in one world you go to the next. That’s fine and all but the balance is extremely weird. For example world 6 & 7 took me literally almost 3 months to beat. I was playing every day and doing events and watching ads to open up chests but my god I did almost no damage to anyone at first. Took me weeks of grinding to finally be able to beat the worlds. Then world 8 starts and I breeze through all the way to stage 39 (out of 50) my first try. I destroyed enemies. The balancing is way off making some worlds incredibly frustrating and other worlds super easy. The events: we are almost in February now and still have Christmas events going. The events are rarely updated. They need to be updated more often. You also have to wait often an entire day before you can play the event which is just odd to me because sometimes the timer doesn’t work and I’ll wait almost a week before the event becomes playable. Items: oh boy this is my biggest issue with the game. I wouldn’t consider this game stingy at all when it comes to almost everything. The ads aren’t intrusive at all, the rewards you get for ads are worth it, etc. but the rate at which items drop is absolutely ridiculous. I’ll give an example. I play everyday and on average my basic run is between 30-40 stages in one world. After 4 runs I will be LUCKY to have two common basic items that are useless to me. The rate at which common items drop is absurd. The only way to get items reliably is through the event which gives you items, but that’s only every few days and you can only play it twice. Also you will only get between 2-5 items from the event, meaning you will be getting on average a max of 10 items every week or so. This wouldn’t be too bad if it didn’t cost 3 of the same item to fuse together. You can fuse 3 items of the same type to get the next level of that item. So you would need 3 greys to get a green item, 9 greys to get a blue item, and 27 items to get a purple item, etc. btw when you get items they are randomly chosen so good luck getting 27 items just to get a purple item, much less a legendary. I’ve been playing for over 6 months now playing literally every day and still don’t have one legendary item. The grind is real when it comes to items. Suggestions for the devs: Update the events more often with cool ideas. For example make an event that has interesting layouts. I absolutely love the rooms that force the enemies to go in a zig zag to get to you, or funnel into one spot, those are super fun! Make more of those! Either make it so you only need two items to fuse or increase the drop rate of items by double. Even if the drop rate was double it would still be a grind to get better equipment. Make leveling matter. Instead of paying for the random upgrade on the home screen, make it so every level you can activate the random upgrade for free. It would make leveling up feel important and like you are actually growing as a character. Make the battle pass better. $5 for each battle pass is too much since they only last 2 weeks. That’s $10 a month in battle passes which is way more than fortnite, rocket league, cod, and every other game out there. Make the battle passes a month long at minimum and cost $5. Include way more tiers and put useful items in there. Put more weapons and armor, more keys, etc. I would buy it in a heartbeat but right now it’s not worth $5. Give yourself a pat on the back. I know I was harsh in the review but I truly love this game. Y’all created something amazing for mobile devices and y’all should be proud.
By Tristancurtis97

I played this game for a while and now I keep getting that I am banned and I don’t know why. Please help so I can play
By Morbox 27

Good game but greed has ruined it.

Was great until the transfer. 18.99 for the new character? The old characters were over priced but this just shows you will roll out “new” overpriced ones to milk cash. I had hoped meogix had made you think (first pics had a price then became gem after player outcry) I will now be deleting as there are now player friendlier clones.
By Axternal

This game is excellent but it would be better if I could tell the colors apart. I am red/green color deficient and have trouble distinguishing blue and purple. For instance, epic and rare weapons appear to have the same background for me. The color blind filter in iOS allows me to tell them apart but it applies to the whole OS and I really only have trouble in Archero. A color blind setting or some symbols to complement the colors would help me a lot.
By sereko

They’re always doing shout-outs and giving gems for events and holidays. I spend a lot of time playing this game because it’s fun and a good dungeon crawler
By nfretto

Love the game. Could use some more weapons and gear just for visuals. Also a lot of the time I'm usually playing with someone or two next to me playing as well. Y'all should add a co-op mode. On a still background that should be easy. Update. This game has turned into repetitive trash. The weapons they give don't seem so random. A lot of time the wheel spins and lands on the same 3 weapons at a time. Stupid. And the prices for these characters is out of line. Deleting after the review.
By DarkKent00