LetterPop is the new ultra-relaxing, super-simple, free game for adults who love playing fun word games like Crosswords, Anagrams, Word Search (and the list goes on and on!). SO EASY to pick up and play, yet difficult to put down, this free, new word game offers players a rare opportunity to both brain train and chill out at the very same time! Here’s how it works: *Tap letters to create a word and earn points. *The longer the word, the more points you earn. “Is it really that simple?” you ask… YES, and there are no timers or leaderboards to add stress into what should be a moment of zen between you and your favorite word game. BUT WAIT, THERE’S MORE! This game loves your iPhone as much as you do... *teeny-tiny download size *easy on the battery *no need for an internet connection We care: customersupport@townsendstudios.net https://www.townsendstudios.net/privacy-policy/ https://www.townsendstudios.net/terms-of-service/ 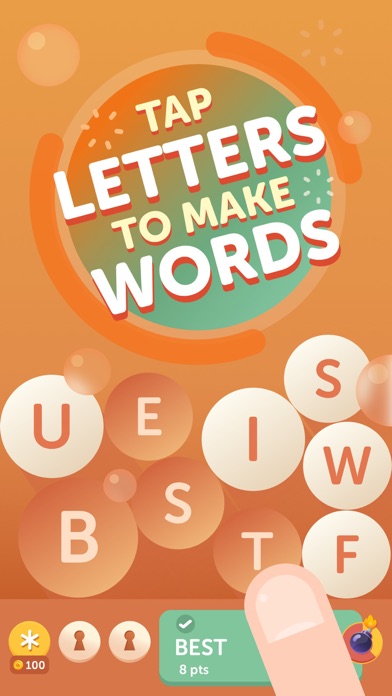 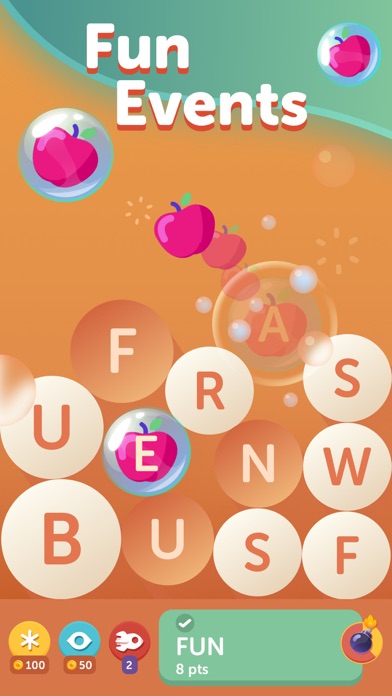 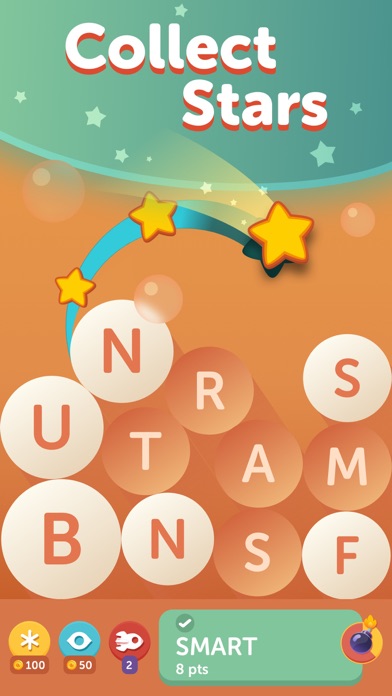 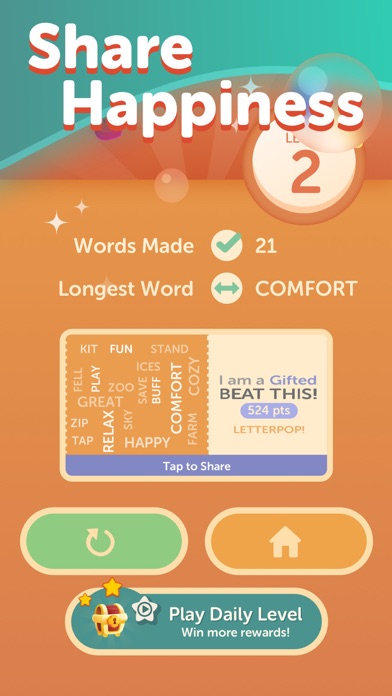 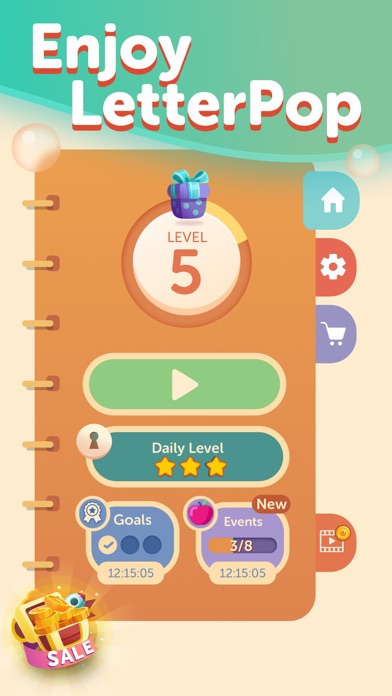 Great game, too many ads

Love the game, but The constant interruptions are frustrating - I’m deleting it. It would be nice if there were a paid version.
By OGB111

I use to love this game, and still play it daily. However, with the new rewards addition (sponsored by Grammerly), the ads now take up a ridiculous amount of time, sometimes rewarding after every play. Please change the ads to one long ad at the end, or ONCE in the middle, but not after each play. Thanks!
By Kdom330

Games have too many ads to be enjoyable. More than one in five minutes is too much.
By Hoosey65

I really like this game but the constant interruptions from advertisements is really getting old.
By CMCPB5542

This game is fun and challenging

I say the above because they give you a bunch of letters that you have to make whorls out of. It was hard but because of my college education I was able to do really well.
By Pretty Gina

What’s up with all the ads?

I used to love this game enough to put up with some ads. But lately, it has gone berserk with ads. They keep popping when you reach a random milestone like : Congratulations, you have completed 4290 words. Then, it offers you a small token, like adding 20 points to your score, and then immediately goes into a 30 second ad. VERY FRUSTRATING. IM DELETING THIS GAME. THE DEVELOPERS JUST LOST A HUGE FAN. NOT A GOOD WAY TO EARN FANS BY PUNISHING LOYAL PLAYERS. GOODBYE!
By Anand_ks

• New ads ruin the gameplay • Forced rewards system that makes no sense. The app is really fun but this last update added Reward Driven ads. Before you would get an ad between rounds, after a loss, when watching ads for coins. Now it’s just obnoxious. They give you some rewards that don’t really make sense and you don’t have the option to skip them. They show up randomly, like “3,353 5 letter words”. Maybe I’ll download it again in the future if this gets fixed.
By Funhenge

Great game loving it so much
By mamaw 5

I have delete this game as much as I love playing it. After every fifth word I come up with I have to watch a 30 second commercial. It’s ridiculous. Really. Do you need that many ads? Sorry to say good bye.
By Skidz1340

It happens again and again - greed ruins a game: Though I really enjoyed this game, I hadn’t played in some time. I came back and it has been ruined by excessive ADS and added gimmicks which are mostly ANNOYING and meant to lure the player to SPEND money. I prefer the simpler game offered earlier.
By CAQmd