The app is based on several concepts from cognitive behavioral psychotherapy and contains four main features described below. With Breeze we give a user more awareness about her/his emotions and activities/things/people that trigger them. Tracker of negative thoughts helps to learn new habit to criticize negative believes and patterns in thinking. In overall, this helps to improve the emotional state of the user. In future releases, we are going to introduce tracker of cognitive distortions and provide advice from professional psychotherapist to help users to deal with issues in different areas of life. Mood tracker Daily mood tracker to understand which situations/contexts trigger emotional reaction. Create a map of your emotional conditions and be aware of people/activities that make you happy or bring you down. Negative thoughts tracker The concept of automatic negative thoughts comes from cognitive behavioral therapy. The idea is that even minor negative thoughts that automatically appear in our consciousness influence our mood and psychological conditions. We provide users with several interactive techniques that help criticize and fight such negative patterns in thinking. Tracker of cognitive distortions We give some useful insights into popular cognitive distortions and teach users how to identify flaws in their thinking and behavior. Advice from a psychotherapist (in future updates) Some practical advice from acknowledged psychotherapist — he will cover widespread topics and issues people usually have in different areas of life. Breeze contains the following subscription options: — Weekly with 3-days free trial at $7.99; Annual with 7-days free trial at $99.99; — Subscription automatically renews unless auto-renew is turned off at least 24-hours before the end of the current period. Account will be charged at the full price of the chosen subscription period. Account will be charged for renewal within 24-hours prior to the end of the current period — Payment will be charged to iTunes Account at confirmation of purchase. — Any unused portion of a free trial period, if offered, will be forfeited when the user purchases a subscription to that publication. — Subscriptions may be managed by the user and auto-renewal may be turned off by going to the user’s Account Settings after purchase. Privacy Policy: https://basenjiapps.com/docs/privacy_policy Terms of Service: https://basenjiapps.com/docs/terms_of_use 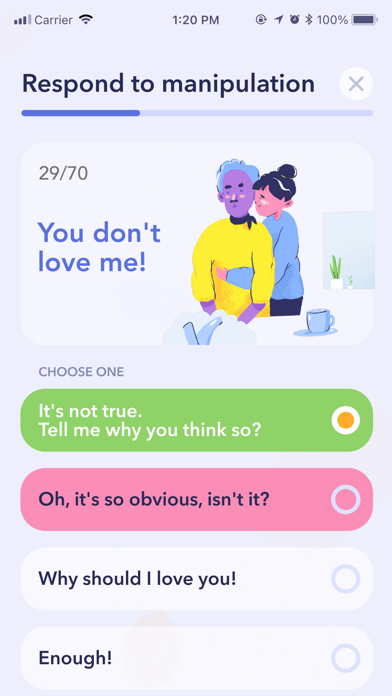 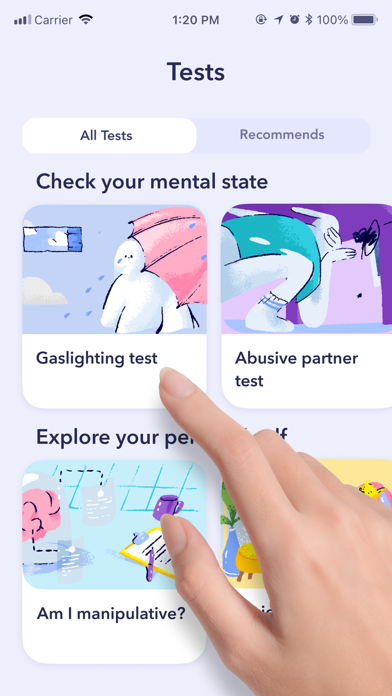 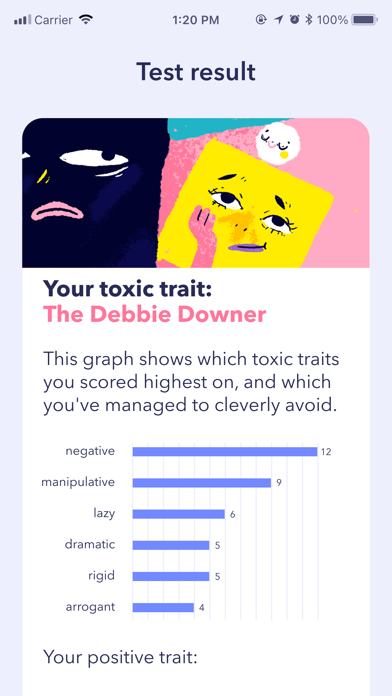 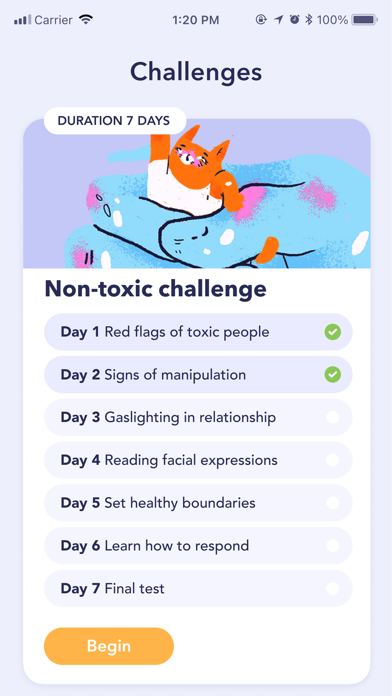 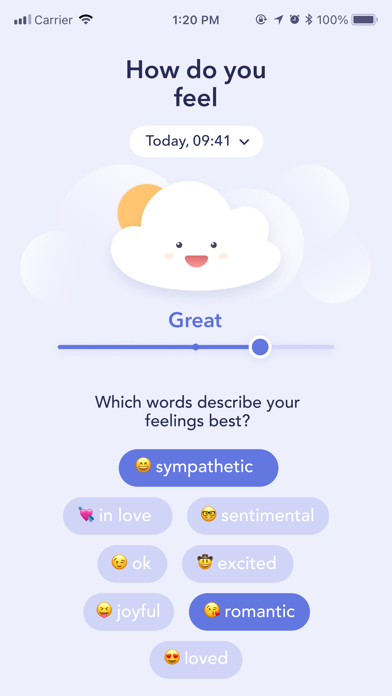 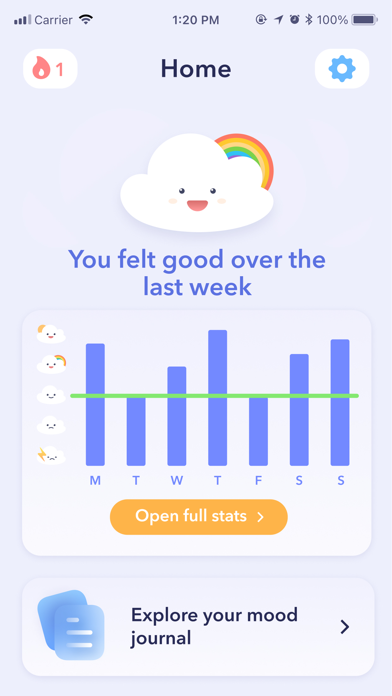 I'll probably update this later because I have had it for only a sort time. It's really good over all, but a lot of personality tests need me to pay for it and I don't have that kind of money. I understand you need to get money some how and those texts aren't really important for my mental heath. I also wish that it gave me feedback after I did something other than, "This is good for your mental health" or something like that. Good app, but so far not for me.
By Hi.i.exist.hello.Sage

Still trying to be charged after I cancelled

Awful. They are still trying to charge me after cancelling my subscription back in June.
By candice connington

Okay so let’s jump straight to the point. In this app you need to subscribe to do basically everything. The only things you can do are the games and the mood tracker. Some people like myself may not be able to subscribe to the app because of money reasons. Not everyone can pay 8 dollars a week for some mood tracker app, you could’ve had ads in the app instead of making a false advertisement making it seem like you could do anything on here, but no. You have to subscribe to do literally everything on the app. I’m not saying that this app is bad, I’m just saying that it has more potential if there people didn’t have to subscribe just to do everything.
By i loveee foxes🦊🦊🦊

You have to subscribe to take any tests or really do anything.
By Theboy175

It says ‘free trial for a week, no payment now’. Then it instantly withdrew money from my account when I pressed ‘start trial now’
By Michelle253

This is a really good app to track emotions and it’s very pretty. However you have to pay for everything. You can put in adds are make people pay to get it. I understand you need profit but don’t advertise it as a free emotion tracking app when nothing is free Exept for a relaxing game. You can make some things only for people with a pass and have them pay for special ones. However you can’t do anything without paying. It’s very frustrating because I thought I could just track my emotions easily but u have to get a membership for what the app advertises. People assume it’s free and then get frustrated. It can give you a bad reputation and people won’t recommend it. Please take this into consideration.
By zcjdcgkcghfkgflhdykg

Not a free app

Must agree to free trial just to start,
By Scottdaily1988

Cant do anything without paying

Every test costs you money. Just about app trying to grab your money while promising to ‘help your mental health’… so sick of apps like these
By Rimuki

I actually really enjoyed this app until I wasn’t using it anymore and got charged 6 times in a single month. The app developers make it IMPOSSIBLE to cancel the subscription. Had to email the developers to get a refund and cancel my subscription. Not worth the anxiety in my opinion.
By sikotz

Payments are necessary for a lot of the content

This app was not a breeze for me. I really love the concept of this app. I think it’s a brilliant idea and can truly help others gain new perspectives, even benefit themselves! However, the payment factor is an unfortunate one. Not to mention, they’re expensive. You’re paying 8.49 a week so around 50 dollars 💵 per month. Have fun with that one. I understand the developers have to make money somehow and if they’re reading this, they’ve probably already seen a lot of the views have a similar saying. I honestly downloaded this app for the QUIZZES. I like taking such along the topics. However, only ONE quiz that I found, out of around 16 of them, is for FREE. Most of the other lessons weren’t for free either and pretty much all you can do is record/track your day, play about for games (which was my favorite part, and that’s honestly all that I can think of. The only reason I’m giving this game 2 stars is just because of the idea and game concepts. If they allow more quizzes to be free and other features, I think more people would stay around longer (as most you can just take along.) Either way, I appreciate them reading these reviews and responding back. Please have a lovely day!
By KittycatWild