Defender for Safari is a security app with a lot of features. Defender provides additional protection from cybercriminals and blocking phishing, danger and fraud websites! Also you can add your own list of websites that will be blocked and not available to visit. > PROTECT FROM CYBERCRIMINALS According latest security reports, cybercriminals are continuously improving their tricks to steal your sensitive information, like passwords and credit cards details. By using Defender for Safari you can protect yourself from such risks. > BLOCK PHISHING WEBSITES Protects you from websites disguised as real websites, but they steal your bank and personal data. > BLOCK ADWARE WEBSITES Protects you from websites filled with ads with a small amount of real content. They try to tag you in different ways to continue to follow you on other sites. > BLOCK SPAM WEBSITES Protects you from spam advertising activity. These sites are trying to subscribe your email to send ads. > BLOCK CRYPTOMINERS WEBSITES Block websites with modern scripts that doing useless work spending your resources and stealing your internet traffic. > BLOCK YOUR OWN LIST OF WEBSITES Protects your browsing from websites that you do not want to visit or redirected to. For example to filter your child's available websites. ________________________________ By developing Defender for Safari we are trying to deliver premium product that helps to protect your browsing. We have released new Premium version with many improvements such as much more comfortable interface, detailed statistics of use, separate filters, custom block lists, various settings. You can activate free 3-day trial version of Premium Defender to discover all these new features. ________________________________ > SUBSCRIPTION DETAILS • Defender for Safari Premium Subscription: Provides full set of security options. • 3-day trial requires activation of annual subscription. • Payment will be charged to iTunes Account at confirmation of purchase. • Subscription will renew automatically at the end of the subscription period unless canceled. Cancel in your iTunes account before end of trial to avoid payment. • Account will be charged for renewal within 24-hours prior to the end of the current period. • You can manage your subscriptions and automatic renewal may be turned off by going to your Account Settings after purchase. • Any unused portion of a free trial period, if offered, will be forfeited when you purchase a subscription. • Annual subscription is for one device only. ________________________________ > PRIVACY POLICY AND TERMS OF USE https://defender-app.com/privacy https://defender-app.com/terms 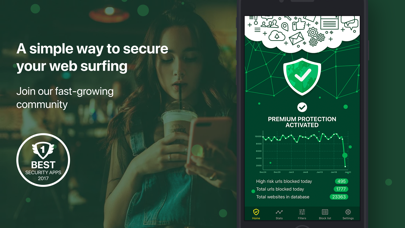 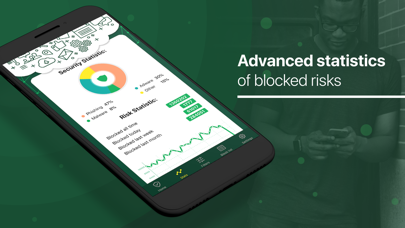 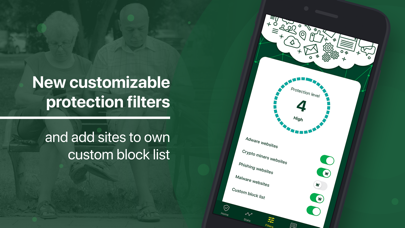 THIS IS SUCH A AMAZING APP it gets the job done blocking adware and malware . PLEASE DOWNLOAD!👍👍❤️
By annaashley_15

I’ll start with the loading screen. Has anyone else noticed that it says it activates a phishing filter when you only get that with Prime? I don’t have Prime, but it says it does the phishing filter anyway. *cough cough* shady! Also, LEARN HOW TO SPELL! Standard is spelled S, T, A, N, D, A, R, D. Not standart. Also, ADWARE PROTECTION IS USELESS!!! I clicked on an ad for candy crush and it would redirect me to the app store. It said it was blocked by this. If you have an app with scammy ads, you have a problem. COME ON PEOPLE! Is Candy Crush going to put malware on my device?! No, it and any other ad in a respectable game won’t. It’s shady, useless, and A SCAM!
By scdjikkksdfbdsfjknds

Can’t give an opinion yet I got the app and started it but I can’t do anything else so don’t even know if it’s working.
By Rag's66

its very nice app 😄 thanks to the developers
By 4inasklad

i love this app
By Shishaev

Needed this for several months now. Thank you.
By поррпу

simple use, well performed
By gitara111